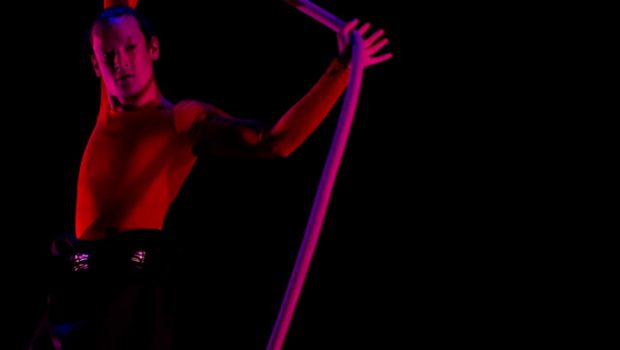 We catch-up with NICA’s new graduate of the Circus Arts, Easa Min-Swe to talk about life, circus and his new performance in Hard Sell.

So tell how did you become involved in the circus arts?

It’s hard to say for sure but I think I started because my dad took a job with Lunar Circus as their lighting and sound technician and we travelled around Western Australia with them for a while. I got into doing classes for a while but that petered out until I started training at the Lunar Circus Summer School for three weeks every January. It was only a year before I came to NICA that I decided to do training throughout the year.

What do you love about circus?

I love that it’s a perfect intersection of art and skill. Circus has such strange and humble beginnings and I think it’s really coming into its own as a formidable art form outside of the classic ringed circus stereotype and I’m so excited to be part of that transformation. 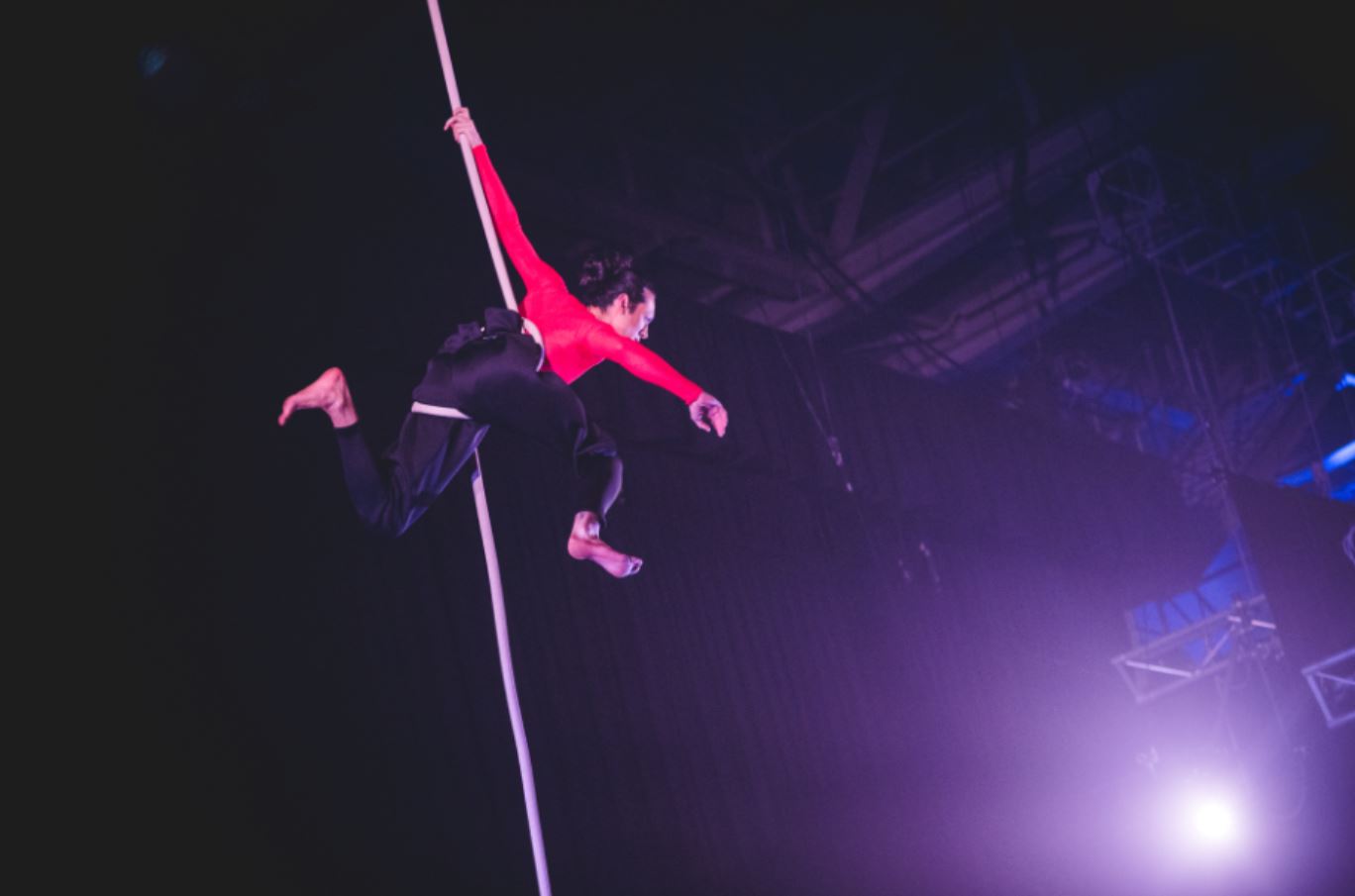 Tell us about what your circus specialities and why did you choose them or did they choose you?

My specialities are aerial rope and handstands. I chose rope because I once saw a video of a person doing a move (which I can now do) where you spin horizontally to the vertical rope, releasing and re-catching your hands. I had known I’d wanted to do an aerial speciality but that really sealed the deal for me. There’s an elegance in the simplicity and dynamism of rope that is hard to find in other specialities. Handstands I kind of fell into, not knowing what to choose for my second speciality it was a bit of an impulse decision. It’s definitely one of the hardest specialities because of the frustratingly slow and long progress curve but there’s also something addictive about being upside down which I’m getting more and more into.

What drew you do NICA?

I initially planned to come to NICA in 2012 but I sent in a truly awful audition tape and did a Bachelor of Biological Sciences instead. During that time I had many friends in the circus community go to NICA and it seemed that for someone like me who had trouble with self-motivation it would be the perfect place to hone my skills after I was done with my degree.

You’re part of NICA’s graduating class of 2019 and part of Hard Sell. Could you tell us what Hard Sell is about?

Hard Sell is a night where we, as NICA graduating students, get to present an act of one our specialties that we’ve had creative agency over. We are presented as auction items by host Mitch Jones to be bought by the audience. It’s a meta reflection of the commodification of art and what we do as artists. 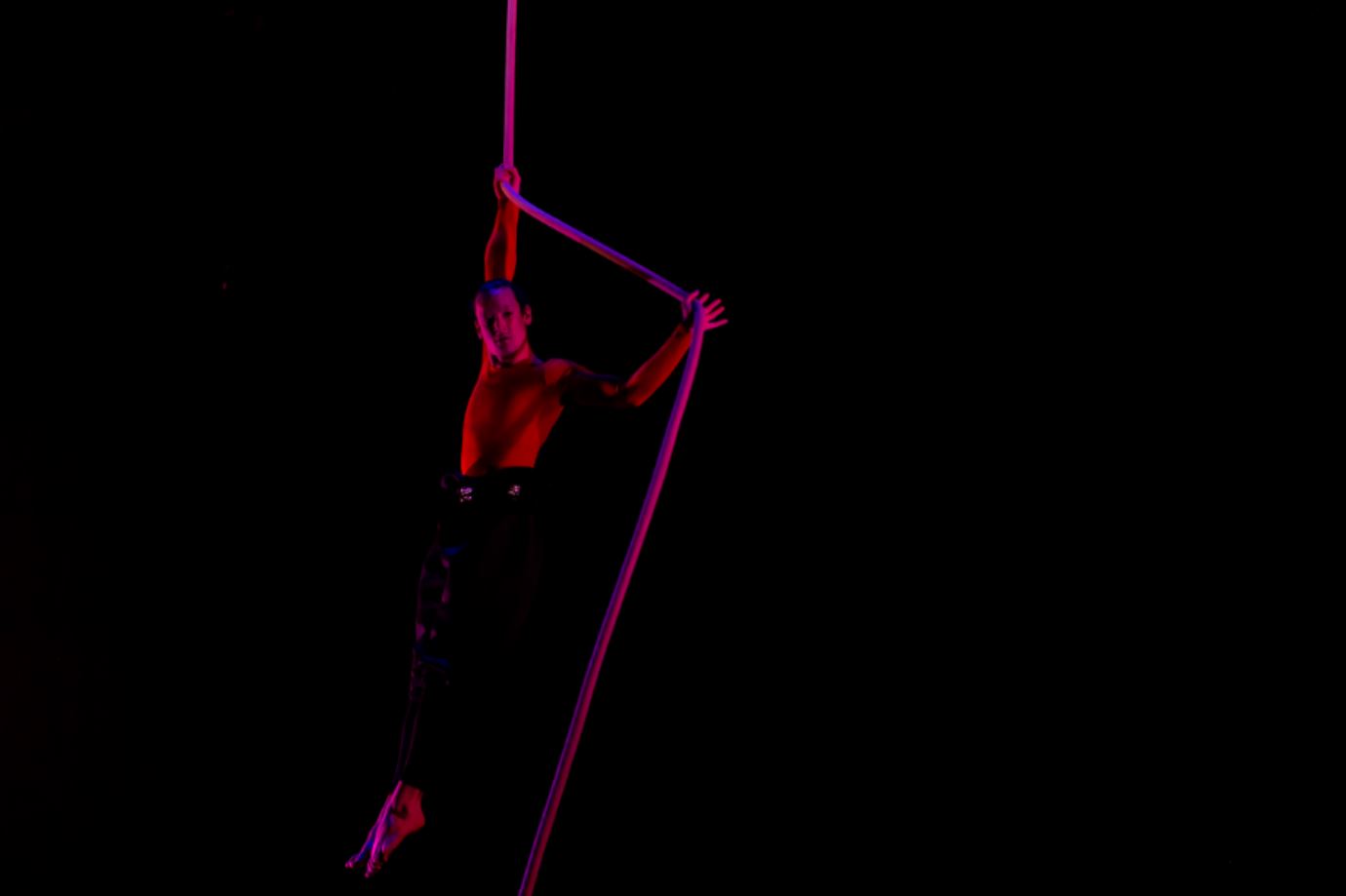 This seems quite narcissistic when I admit it, but when I come down from my rope and step onto the mat below on the last beat of the music and the crowd erupts that is my favourite part of the show. I’m quite hard on myself and know exactly what went wrong in my act but in that moment it reminds me why I do what I do and it almost validates those countless hours slaving over an unforgiving apparatus.

Tell us a little about your role in Hard Sell?

Each of us in Hard Sell have an individual act which we choreographed and created with the help of the teachers and artistic councillors at NICA. My act is on rope and is inspired by Japanese animated films such as Ghost in the Shell and Princess Mononoke. It explores the question: ‘If ancient gods performed a ritual to create humans, what would it look like?’ in an abstract way. It’s very dramatic and theatrical.

In between acts the cast are the ‘handlers’ at the auction, setting or striking apparatuses, interacting in small skits, or just helping out when needed.

Lastly, where do you hope your future will lead you?

My goal with this career has always been to be able to create and perform work that I believe in and enjoy, how that’s achieved is still somewhat unclear to me. I would like to work for contemporary circus companies for a few years, before ideally forming my own and creating completely independent work. In the near future I’ll be teaching and performing at the Karnidale – the Western Australian Circus Festival and probably Perth and Adelaide Fringe.

Easa Min-Swe grew up in a very creative family; son of an Asian ex-punk and a travelling artisan. At six years old he quite literally ran away to the circus, travelling with The Lunar Circus while his father was working with them.  Before NICA,  Easa “stumbled” his way through a specialist acting program, a biology degree and trained in Capoeira (Afro-Brazilian martial art that combines elements of dance, acrobatics, and music) and Chinese martial arts.