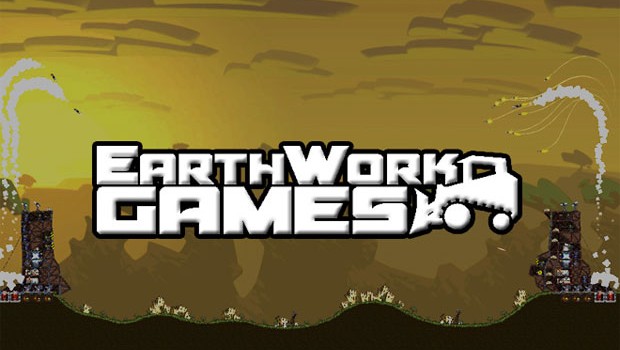 Welcome to Impulse Gamer Nick! So what brings you to PAX Aus this year?

Nick: Thanks. Glad to have this opportunity. When we decided we were going to announce Forts earlier this year, we had already made the decision to attend as exhibitors. Having been to PAX Aus last year as an attendee, I saw what a great and vibrant indie games community there was out there, and we wanted to be part of it.

What are you most looking forward to PAX Aus?

Nick: We’re super-keen to have the gaming public play the game and see what they think. We’ve been working hard since GO423 a couple of months ago up here in Brisbane to streamline the Forts experience for the player, and have a few PAX map specials. 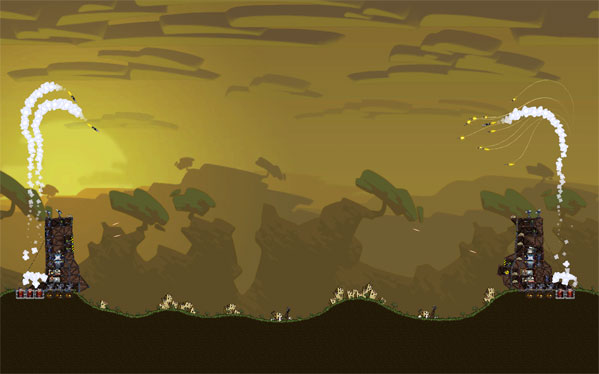 Why do you think gamers gravitate to PAX so much?

Nick: I tend to think that it’s for the simple reason that it’s by gamers, for gamers. There’s something for every type of gamer, be they into Triple-A, Indie, Retro or Table Top and Cards. They’ve got it all!

Nick: My first gaming memory is of my Dad programming games, line by line, into our old ZX81. An hour’s typing out of a magazine for the briefest of gaming experiences. We loved it, though!

How do you think gaming will change in the next 10 years?

Nick: From where I’m standing, the whole VR/Oculus Rift thing seems to be the next big thing in gaming. That immersion, combined with the life-like visuals is going to make for some really compelling gaming experiences that we haven’t seen before. That said, there’s always going to be a place for traditional gaming, just picking up a pad and blasting through a few levels while sat on the couch. 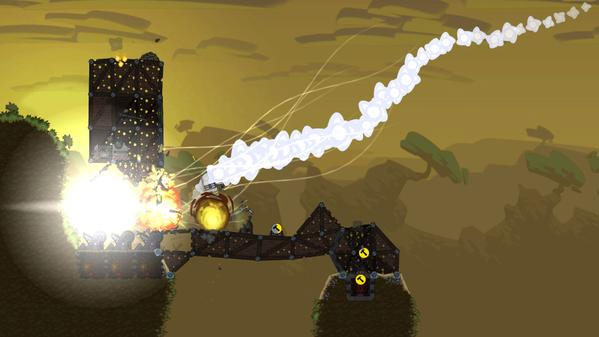 Tell us about FORTS?

Nick: Forts is a 2D action/strategy PC game if construction and destruction. You have to build your fort up strut by strut, while simultaneously collecting resources, developing your tech-tree, in order to unlock the guns you need to take down your opponent’s fort. We’ve heard it being compared with Scorched Earth, World of Goo, or a cross between Angry Birds and Worms, but with it’s real time physics, there really isn’t another game out there like it.

What programming language did you use?

Tim: The game is based on a custom built physics engine written in C++, with several third party libraries for networking, font rendering, sound, etc. The scripting language Lua is used for configuration, artificial intelligence and mission logic. We can easily ‘mod’ the content by overlaying custom scripts on the core scripts. It’s really neat.
What was the biggest challenge in creating it?

Tim: It’s been the most ambitious projects I’ve worked on from a technical point of view. In strategy games each player must keep an identical copy of the world state and run it in lockstep with the host. This is a challenge to keep bug free for the simplest of games, but due to the very immediate nature of building we have to hide the latency of creative actions. Combined with the destructible physics and the late join feature this has been the biggest difficulty. A close second would be handling the snipers to paint missile targets for co-operative teams; it’s quite complicated! 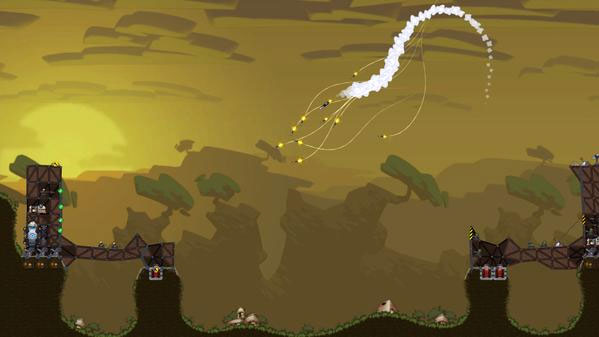 Tim: When the major features were in and the multiplayer started becoming stable we had some brilliant 2 vs 2 games with some friends. It was vindicating to see our vision of a co-operative, physics based artillery game come to life in such a fun way. We could dissect the replays in slow motion afterwards and lay some blame!

Nick: It’s been great to see the reaction to the game since we announced it back in July. The physics and the destruction really makes for a good trailer. People seemed to connect with it, to such an extent that we rose up the Steam Greenlight rankings and were given the OK by the Steam Store in a very short space of time.

Lastly, why should gamers be playing FORTS?

Nick: As we said in our initial press release, if you’ve ever wanted to kick over someone’s sand castle, this is the game for you. It’s great fun testing your wits and ingenuity against your mates, or the AI. It offers a lot of scope for not only competitive play, but creativity as well. People get a lot of fun just out of building the forts. This is something we’re trying to keep in mind while designing the single player experience.