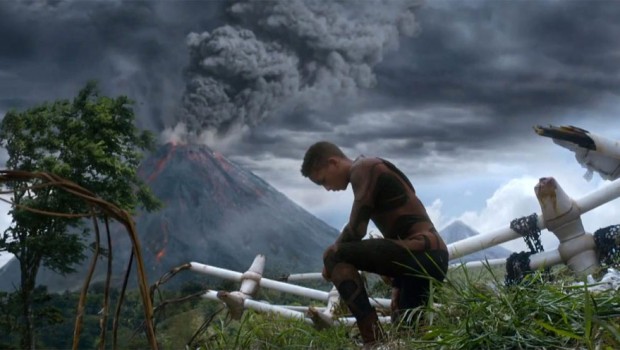 Q. Can you tell us about the altered language you use in the film?

A. First, we got a language futurist to come in and essentially explain to us what would happen if everybody got jammed onto these ships and what would happen with language. He laid out a number of options. He said, “Most likely, guys, everybody would be speaking Chinese.” [Laughs] So, we said, “Okay, what’s the second most likely?” And he said, essentially what would happen is he felt that humankind would agree on a single language for the purpose of survival. He went through all of the vowel sounds. What happens, historically, in military circumstances is that words get cut. You lose the fluidity and the poetry of language when life or death is on the line. So he went through all of the vowel sounds and he essentially created a language from his perception of the 1,000-year projection.

Q. Can you talk a little bit about keeping the human base of the story?

A. What we were trying to accomplish with this story, and sort of the fun for me as an artist, was the question of the juxtaposition of story. To take something that happened in 322 B.C. and say, “Well, what would that look like in 700 A.D.?” What we tried to do with this is take a story that is essentially a basic, human survival story with just a father and a teenage son. It’s basically the problems that a father or any parent would go through with a teenage child except set 1,000 years in the future. So we tried to really keep the basic, powerful human essence and build upon that in this extreme world that just becomes the backdrop for what every parent is dealing with in their kitchen with their teenager who knows everything. 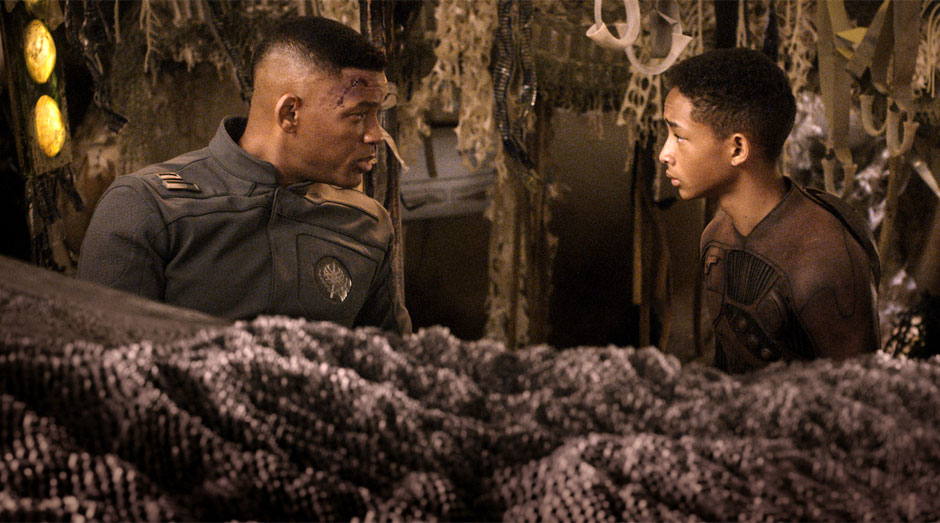 Q. Can you tell us a little bit about shooting the baboon chase scene?

A. It’s like, if I hit this baboon with this rock, it’ll go away. He’s too stuck on how it works on Nova Prime. So, you see a monkey at Nova Prime, you throw a rock at it and it’s like, “Oh, snap, let me get out of here.” But the baboon scene’s kind of easy because all you had to do was just run. Kitai couldn’t see the baboons anyway because they were behind him.

Q. What excites you about this movie?

A. The reason that I was so excited to make this movie is because I’m obsessed with extraterrestrials. I was like, “Oh my God, I get to make a movie with extraterrestrials in it. That’s the coolest thing ever.” Oddly, only half way through the movie did I realize there were extraterrestrials in [it] because I was so focused on the father-son story. I was like, “Oh my gosh, I’m actually in a sci-fi movie!” That’s been my dream for the longest time. But I’m really excited for people to see a sci-fi movie that has a real message to it and a real meaning to it. That’s what I’m most excited for. 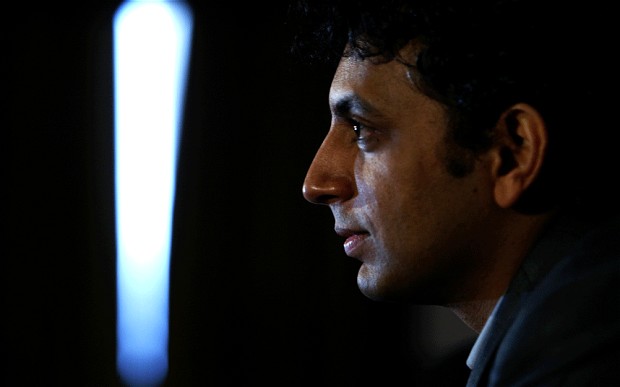 Q. What do you enjoy about making films?

A. It’s the mixture of all art forms. Filmmaking, for me, is dance – and by that, I mean the choreography. Do I put Will here and Jaden behind him, so that Will never looks at him? That’s the dance and the choreography. It’s costumes. It’s painting. I mean, clearly it’s painting. It’s everything. It’s music. I get to dabble in all of the art forms and use them as different fingers towards this goal. I think it’s the greatest job in the world.

Q. What was it like shooting on a 4k Digital Camera, rather than on film?

A. This is the first movie I’ve done that wasn’t on film. I would have sworn I was going to die as the last man shooting on film. What I found though was that I was open to just doing tests with the digital cameras and the film camera and doing environment stuff because, clearly, this is an environment movie. But I knew we were going to have very difficult shooting situations. I’m going to need to shoot with low light because we’re under rain forest canopies and there’s not a lot of sunlight under there. Even in the Redwood Forest, there’s not a lot of sunlight. Then you go out in Utah and you’re just burning under the sun. That’s the reverse problem – you’re just getting washed out. There’s sun everywhere and everybody looks terrible in that harsh sun. What camera could give you the subtleties and the breadth of that? And this camera, the Sony F65, gave me the warmth. I find, personally, that digital cameras, in general, are cold. They create a kind of grayish, silvery base that you can work from and you can warm it up but that’s your base. It’s just a hair colder than it is. And that’s a choice. That’s an aesthetic choice that, for some movies, will be great. On our film, I definitely needed the warmth and the humanity to come out and have this environment be rich with colors and that camera was incredible. And it also basically added an hour to every shooting day because it could grab stuff so detailed and in such low light that I had an extra half hour in the morning and an extra half hour in the night. And an hour every day is five hours a week and ten hours in two weeks. You’re getting another week of shooting because I chose that camera.

For a chance to win a copy on Blu-ray, CLICK HERE