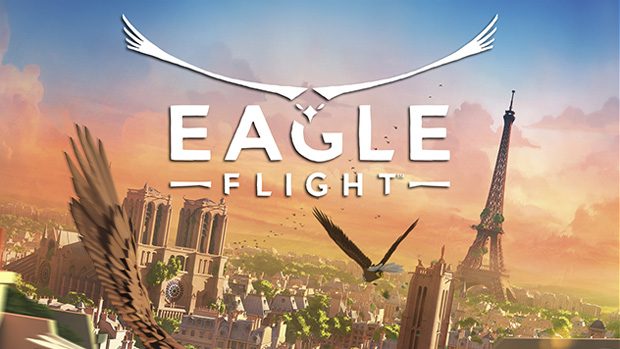 Summary: Eagle Flight is an amazing VR game that really transforms you into a powerful eagle as you fly through the streets of Paris...

Even though 2016 is the year of VR, its been a little mediocre in terms of content but thankfully Ubisoft have come to the rescue with their amazing virtual reality game called Eagle Flight. Eagle Flight not only showcases this technology but sets a precedent of what this technology is capable of and needless to say as I was flying through post-apocalyptic Paris thanks to my Oculus Rift, I was left gobsmacked at how lifelike the experience was. Given that, I did get a little motion sickness here and there but overall, it was the VR experience I was looking for that was filled with wonder, graphical beautiful and some fun gameplay. 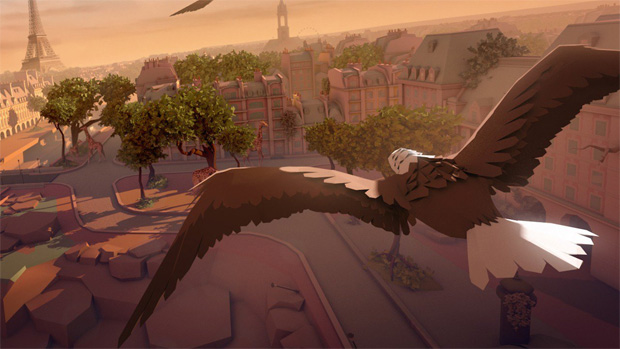 At its core, Eagle Flight transforms you into an eagle as you fly through the skies and streets of Paris with some unparalleled freedom. It’s also from the point of view (POV) from the eagle itself which is quite clever. The goal of Eagle Flight is to explore this amazing city which has been reclaimed by nature and ensure that those other flying beasts stay out of your territory. At times, you actually feel like you are an eagle as fly between buildings and other tight areas and then fly high towards the sky. It’s like being a character from Assassin’s Creed but with a hell of a lot more freedom and the game successfully creates this, including a sense of speed as you majestically explore this city. 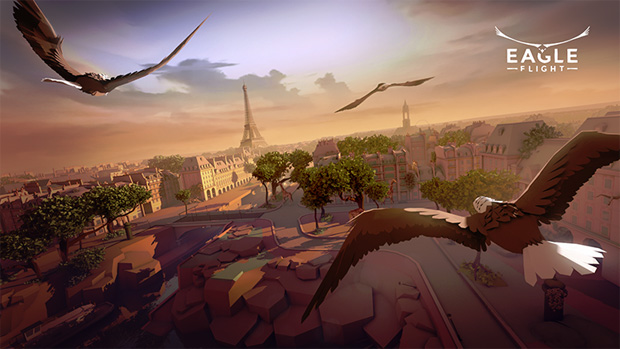 Furthermore, the developers have done a good job at the controls and head tracking which really helps with the overall immersion factor and not once did I find anything too complicated in this area. The learning curve is relatively easy and after a few shots, I felt like I was an eagle soaring through the air. On that note, controls are a mixture of speed, shields and attack and the shield helps when you knock into things.

There’s also challenges that you can engage in which does require some precision as you fly through hoops and other precarious areas. You even come across other flying birds or predators and by using your eagle screech, it serves as a deterrent and once again puts you firmly in the guise of this powerful predator. However at times, skill and speed is needed to out fly your enemies. The game does support multiplayer which is basically capture the flag or capture the rabbit and the title gives the player heaps of strategies to make it quite a riveting experience. 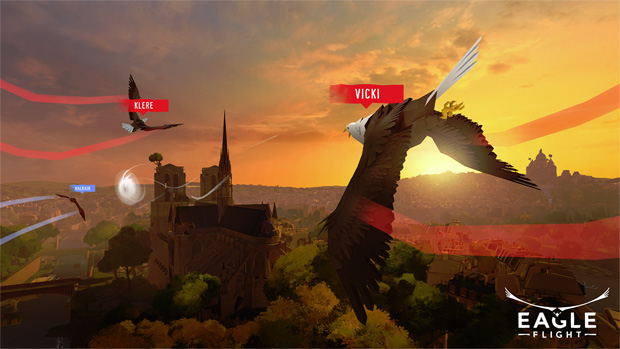 Graphically and in terms of gameplay, Eagle Flight is the must have VR app for your Oculus Rift and it’s great that a Triple A company has released a game that really maxmises this technology but also showcases the potential of VR. Seeing this stylised version of Paris is brilliant from the outside buildings to the secluded catacombs, it’s a real treat. It’s also a well presented game and if you have the PC to successfully run it, without any framerate drops or jitters, then Eagle Flight is the best experience you’ll get to actually flying. Just be warned that you can get a little sick due to the experience so a break here and there (for me anyway) was needed. 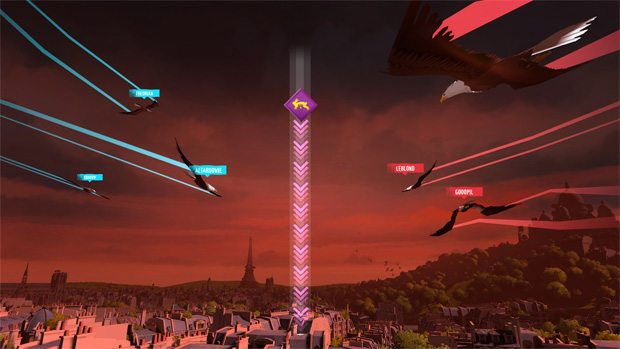 All in all, Eagle Flight ticks all the right boxes when it comes to VR and is available now on the Oculus Rift and will be released early November for the PlayStation VR. I’m also eager to see how this plays on the PlayStation VR so if you have some money to spend and want THAT VR game, check out Eagle Flight now as you fly high in the skies and through the amazing streets of Paris.