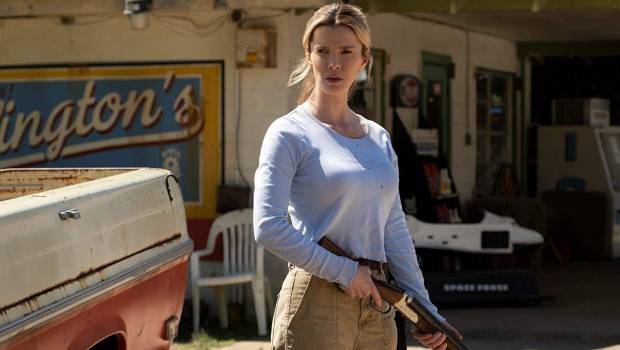 EAGER AUSTRALIAN AUDIENCES CAN FINALLY EXPERIENCE THE HUNT FROM APRIL 9

The film which sparked controversy, including a tweet from U.S. President Donald Trump accusing the film of being made ‘to inflame and create chaos’ is a chilling real-world suspense-thriller starring BETTY GILPIN (Glow) and two time Oscar® Winner HILARY SWANK.

Set in the dark spaces of a modern America where a sinister organisation ‘removes’ societies undesirables and transports them to a remote location to be hunted for sport by the wealthy elite. However the hunters become the hunted when they capture one mysterious woman who has a powerful will to survive and the skills to exact a bloody revenge.

YOU CAN WATCH THE FIRST 10 MINUTES ON THURSDAY 9 APRIL @ 8PM AEST ON UNIVERSAL AUSTRALIA’S YOUTUBE OR FACEBOOK CHANNEL or RENT THE ENTIRE FILM FROM APRIL 9 ACROSS A VARIETY OF ON DEMAND CHANNELS: