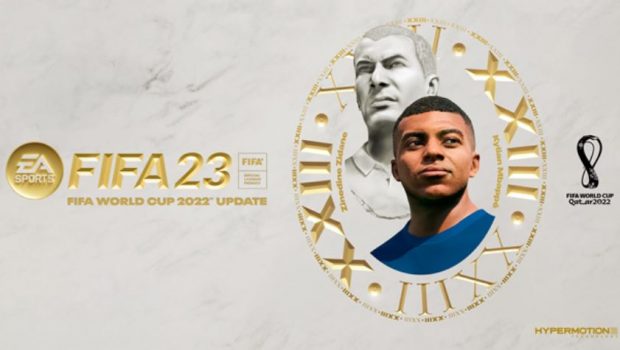 Running November 21 through December 18, FIFA World Cup™: Live, a curated EA SPORTS World Cup experience, will be available to players only on FIFA 23. Unlike anything seen before in an EA SPORTS FIFA title, this new live experience will be updated during the Group and Knockout Stages of the tournament, allowing players to follow along with authentic fixtures and squads for each game. Additionally, fans can rewrite history live by changing the outcome of any past fixture and reimagining the result in real time.

“I’m thrilled to feature on the special edition FIFA World Cup Cover for FIFA 23, alongside French and football legend Zinédine Zidane,” said Kylian Mbappé. “He was someone I always looked up to and aspired to be like, and to now be on the cover with him is a true honor.”

Unique holiday offerings level up the FIFA Ultimate Team experience, with brand new FUT campaigns being released November 11 through December 23, bringing players closer to the action than ever before. As players board the plane to the tournament, EA will kick off the excitement, with live items that receive progression upgrades based on each nation’s progress throughout the journey. Authentic team kits, stadium dressings, visuals, match balls, dedicated commentary and more will carry fans all the way through to the final crowning of the world’s champion. Additionally, fans who play FIFA 23 by January 3, 2023 will get two FIFA World Cup™ History Makers† to add to their FIFA Ultimate Team.

Now through November 19 fans can cast their vote for who will win it all with the FIFA World Cup™ predictor on EA.com. By making a prediction linked to their EA account, fans will receive three Limited Time FIFA World Cup™ Player Items† to add to their squad in FIFA 23 Ultimate Team™.

FIFA 23 is developed by EA Vancouver and EA Romania and is available worldwide on PlayStation 5, Xbox Series X|S, PC, PS4, and Xbox One. Follow @EASPORTSFIFA on Twitter, Instagram and YouTube to keep up with our latest news, announcements, and to let us know what you think.

To learn more about the latest news for FIFA 23, please visit https://www.ea.com/games/fifa/fifa-23.