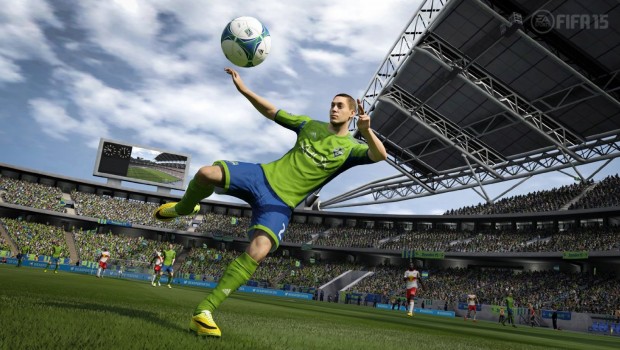 When FIFA 15 launches in Australia on September 25 and New Zealand on September 26, the soundtrack will feature more than 40 tracks from artists around the world.

The bands you love – including Foster the People, The Kooks, and Kasabian, and hot new artists like Broods, Milky Chance, Magic Man, Jungle, and Vance Joy all come together in a mix that includes brand new music from Nico & Vinz, Madeon, and Elliphant.

Exclusive! FIFA 15 is also your first opportunity to hear new tracks from AVICII, The Ting Tings and many others.  Hear their new songs first in FIFA 15 before they’re available anywhere else!

Hear the soundtrack on our Spotify Playlist, featuring a sampling of the tracks included in the game. We’ll update the playlist as more songs are made available.

To celebrate the upcoming release of FIFA 15, Dash Radio will feature the first ever FIFA 15 radio station. The pop-up station will showcase music from the game, interviews, live performances and giveaways, starting now through October 1. Tune into Dashradio.com to hear now!

Ready for FIFA 15? Experience the Barclays Premier League, Next Gen Goalkeepers, and so much more when the game hits store shelves and digitally on September 25 in Australia and September 26 in New Zealand.