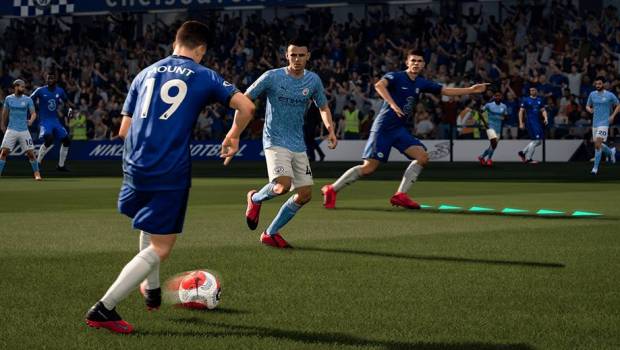 Electronic Arts Inc.,(NASDAQ: EA) celebrated 22 days since the launch of EA SPORTS™ FIFA 22. This year’s title has already been played in more than 200 nations worldwide, with an average of 89 million matches being played per day totaling 2.1 billion matches and 46 trillion minutes played overall – the equivalent of over 87.8 million years of gameplay.  Over 5 billion goals have been scored so far.

“The growth of our global football platform continues at an unprecedented pace, and our fantastic community is engaging at an unparalleled level. We’re excited to continue that momentum by providing the most immersive football gaming experiences available to fans anywhere in the world,” said David Jackson, VP Brand, EA SPORTS FIFA. “Alongside hundreds of licensing partners, including the Premier League, Bundesliga, LaLiga Santander, UEFA, and CONMEBOL, we’re privileged to create the world’s most authentic interactive football platform, enabling over 150 million fans across the globe to connect with their favourite leagues, clubs and players.”

With 17,000+ players across 700+ teams in 100 stadiums and over 30 leagues, EA SPORTS FIFA 22 is the only place you can play in iconic competitions such as the UEFA Champions League, UEFA Europa League, brand-new UEFA Europa Conference League, Premier League, Bundesliga, LaLiga Santander, CONMEBOL Libertadores and CONMEBOL Sudamericana, giving players the most true-to-life experience.

Throughout the Pro Clubs game mode, over 57.7 million matches have been played with over 326k female avatars created.

For VOLTA FOOTBALL, over 1.5 million avatars have been customized, over 21 million matches played, and over 11.2 million players have participated in arcade party games.

FIFA 22 is developed by EA Vancouver and EA Romania and is available worldwide on PlayStation 5, Xbox Series X|S, PC via the EA App, Origin, and Steam, Stadia, PlayStation 4 and Xbox One. The FIFA 22 Legacy Edition is available on Nintendo Switch™. Join the EA SPORTS FIFA community at Facebook and on Instagram, or follow us on Twitter @easportsfifa.