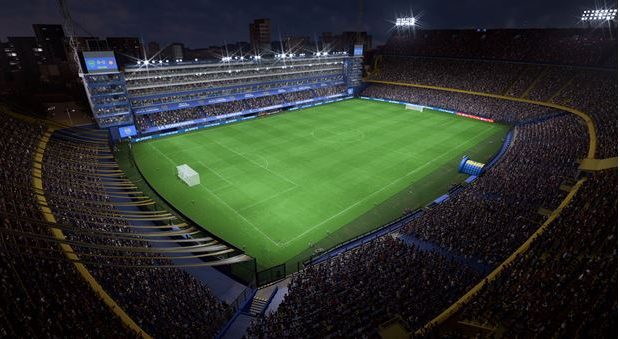 Today, Electronic Arts Inc. (NASDAQ: EA) announced a series of new multi-year partnerships and in-game integrations, coming in EA SPORTS™ FIFA 23 and heading into EA SPORTS FC, where fans can play with over 19,000 players, 700 teams, 100 stadiums and 30 leagues across the global sport. EA SPORTS has always led with unrivaled authenticity and cements its commitment to fans by delivering the most realistic experience of the World’s Game, with even more of the world’s most distinguished leagues, clubs, athletes, and stadiums.

Recently, EA SPORTS announced a groundbreaking agreement with LaLiga, which will include title naming rights for all LaLiga competitions, a complete rebrand of LaLiga in partnership with EA SPORTS and all new in-game integrations, broadcast highlights and joint commitments to support grassroots initiatives. With the additions of Serie BKT and renewals with Major League Soccer, Liga Profesional de Fútbol de Argentina and Saudi Pro League, EA SPORTS continues to represent fans globally, allowing them to play with the leagues, clubs, and players they are most passionate about.

New club partnerships include Celtic F.C., Rangers F.C., and Mamelodi Sundowns F.C., in addition to an extended partnership with Tottenham Hotspur F.C. and multi-year agreement with storied Italian club Juventus that integrates the club’s stadium, along with official club crests, kits and players, whilst also unveiling footballers Claudio Marchisio as a FIFA Ultimate Team™ Hero and Dušan Vlahović as an ambassador for EA SPORTS FIFA 23.

EA SPORTS FIFA 23 is the only place fans can play on the world’s biggest stage in both the men’s and women’s FIFA World Cup™ tournaments, as well as in the iconic UEFA Champions League, UEFA Europa League, UEFA Europa Conference League, CONMEBOL Libertadores, CONMEBOL Sudamericana, Premier League, LaLiga Santander, Bundesliga, Ligue 1, and Serie A, all in one game.

A full list of partners can be found here, with more exciting updates set for the coming months.

FIFA 23 is developed by EA Vancouver and EA Romania and will be available worldwide on PlayStation 5, Xbox Series X|S, PC, Stadia, PS4, and Xbox One on September 30. Early access for FIFA 23 Ultimate Edition begins on September 27, 2022.