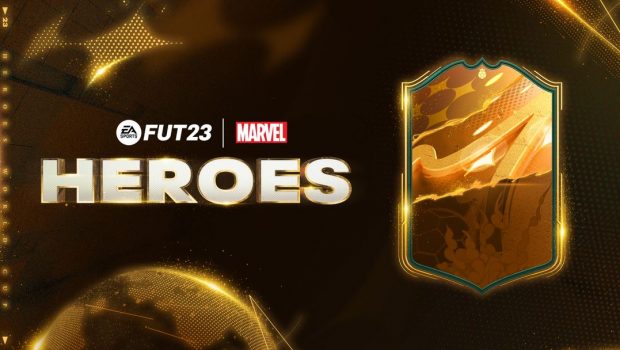 Today, Electronic Arts Inc. (NASDAQ: EA) and Marvel Entertainment announced a collaboration to bring a new cast of FIFA Ultimate Team™ (FUT) Heroes to the pitch in EA SPORTS™ FIFA 23, reimagined and inspired by Marvel Comics. This collaboration between two of the world’s largest entertainment brands will bring some of the game’s fan favorites to the game and celebrate their larger-than-life cult hero status alongside the amazing artists at Marvel. Recognising their memorable careers for club and country, each  FIFA World Cup™ FUT Hero will receive a special illustrated FUT item at the launch of the World Cup game mode, with base versions of FUT Heroes being available at launch of FIFA 23.

The collaboration will include other vanity items related to the fan favorite heroes being immortalized as Marvel inspired Heroes, including tifos, kits, balls, and more*. Fans will also be able to get their hands on a forthcoming online Marvel Heroes comic book alongside Marvel written bios, with limited physical quantities to be made available at a later date. More info on both the in game vanity items and comic book availability will be made available closer to the holiday period.

Players who pre-order the EA SPORTS FIFA 23 Ultimate Edition by August 21st will also receive a limited time FIFA World Cup™ Hero Item, alongside a host of other in-game benefits.**

For 30 years, EA SPORTS has produced the FIFA franchise, offering unrivaled authenticity, allowing players to take the helm of the biggest leagues, clubs and players in the world of football, all with state-of-the-art gameplay and realism.

In July 2022, Electronic Arts released details on EA SPORTS FIFA 23, available worldwide on September 30, which will feature updates to its groundbreaking next-gen HyperMotion2 gameplay technology† that elevates every moment on the pitch and much more. With 300 individual licensed partners, giving players access to more than 19,000 athletes across 700 teams, in 100 stadiums and over 30 leagues around the world, FIFA 23 is the place you can play in iconic competitions such as UEFA Champions League, UEFA Europa League, UEFA Europa Conference League, Premier League, Bundesliga, LaLiga Santander, CONMEBOL Libertadores and CONMEBOL Sudamericana.

EA SPORTS FIFA 23 assets are available to download on the official EA press site at PRESS.EA.COM.

*Available at no additional cost in FIFA Ultimate Team