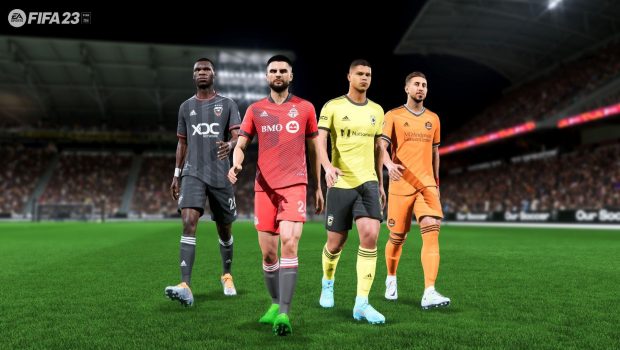 Aug. 23, 2022 – Electronic Arts Inc. (NASDAQ: EA) and Major League Soccer (MLS) announced today an extension of their long-term partnership that designates EA SPORTS™ as an Official Partner of MLS and eMLS, unlocking a new era of sports fandom on and off the field, between one of the fastest-growing soccer leagues in the world and a global leader in digital interactive entertainment.

The partnership will deepen the league’s integration within EA SPORTS’ global football franchise, including FIFA 23 and beyond, to deliver the most immersive and authentic gaming experience for the millions of MLS fans, one of the youngest and most diverse fan bases in North American sports. The renewed partnership will continue to further MLS’ authentic in-game integration, with fans able to play with their favorite MLS clubs, players and stadiums.

“As the world’s game continues to grow in North America, so does our opportunity to curate soccer experiences representative of a rapidly evolving fan base,” said David Jackson, VP of Brand for EA SPORTS FIFA. “Given MLS has one of the youngest and most diverse fan populations in North American sports, engaging the next generation in new and immersive ways will become increasingly important. We believe this partnership affords us a great opportunity to do that, whilst also continuing to deliver the most innovative and expansive soccer experiences available anywhere in the world.”

For eMLS – Major League Soccer’s competitive eSports league – EA will serve as an Official Partner of eMLS League Series 1 and 2 and of eMLS Cup. Built around the EA SPORTS™ global football franchise, eMLS’ goal is to utilize gaming to reach global audiences, and grow its next generation of fans. The multi-year agreement will also deliver extensive opportunities for fan engagement, including social media campaigns across MLS and club channels, and co-marketing initiatives between MLS and EA.

“Major League Soccer is proud to partner with EA as they are aligned with our league’s vision to be innovative and authentic in our approach to connecting with our passionate supporters and the next generation of fans,” said Rachel Hoagland, MLS Senior Vice President of Consumer Products. “We look forward to working with EA for many years to come on creative ways to further increase our fanbase through interactivity during this incredible time of growth for MLS.”

FIFA 23 is developed by EA Vancouver and EA Romania and will be available worldwide on PlayStation 5, Xbox Series X|S, PC, Stadia, PlayStation 4, and Xbox One on September 30, 2022. Early access for FIFA 23 Ultimate Edition begins on September 27, 2022.