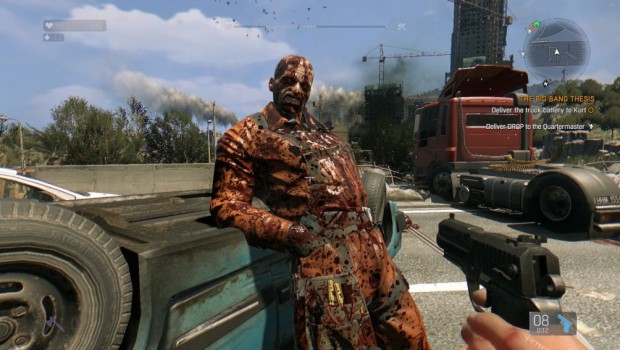 January 14th, 2016 – Wroclaw, Poland/ For the upcoming Dying Light: The Following – Enhanced Edition, Techland reimagines its proven zombie-apocalypse formula with the addition of drivable dirt buggies. In the gameplay trailer released today, the developer goes into great detail about the game’s three-fold nature of vehicle development.

‘Your buggy is going to be crucial to surviving out in the open, so we want to create an emotional connection between players and their ride’ – explains producer Tymon Smektała. ‘On top of the lethal weapons and upgrades you’ll be able to add, there are a lot of cool paintjobs, a number of unmistakable bobble heads and little charms to put inside, so you can really make the buggy your own.’

Dying Light: The Following, players will be able to:

– UPGRADE their four-wheeled weapon with such lethal add-ons as flamethrowers, UV headlights, ramming bars, and more.

– CUSTOMIZE the buggy with more than 40 unique paintjobs and distinctive accessories;

– MODIFY their ride with better suspension, engine, brakes and other parts that will improve the buggy’s performance;

Dying Light: The Following – Weaponize Your Ride’ can be viewed here