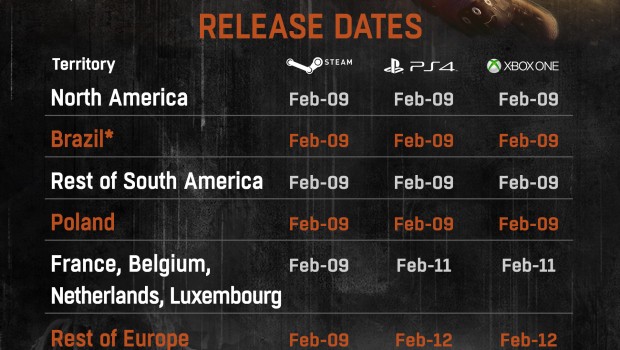 As we announced last week, Dying Light: The Following – Enhanced Edition has gone gold.  This means the game is ready, and the discs are now being  packed and shipped to stores where it will be available starting February 9th.  Keep in mind that retail and digital availability may vary slightly between platforms or countries (check below).

The launch of Dying Light: The Following – Enhanced Edition also means that the original version is going to be increasingly harder to come by. Digitally, it’ll disappear instantly on February 9th.  As for retail, we will cease shipping additional copies, so it will remain available only as long as stocks last. If you plan to grab your copy of the vanilla Dying Light at a reduced price, or want the original box for your collection, now is the best time to do it.

Whatever your choice, we hope you have zombie-apocalyptic plans for February. 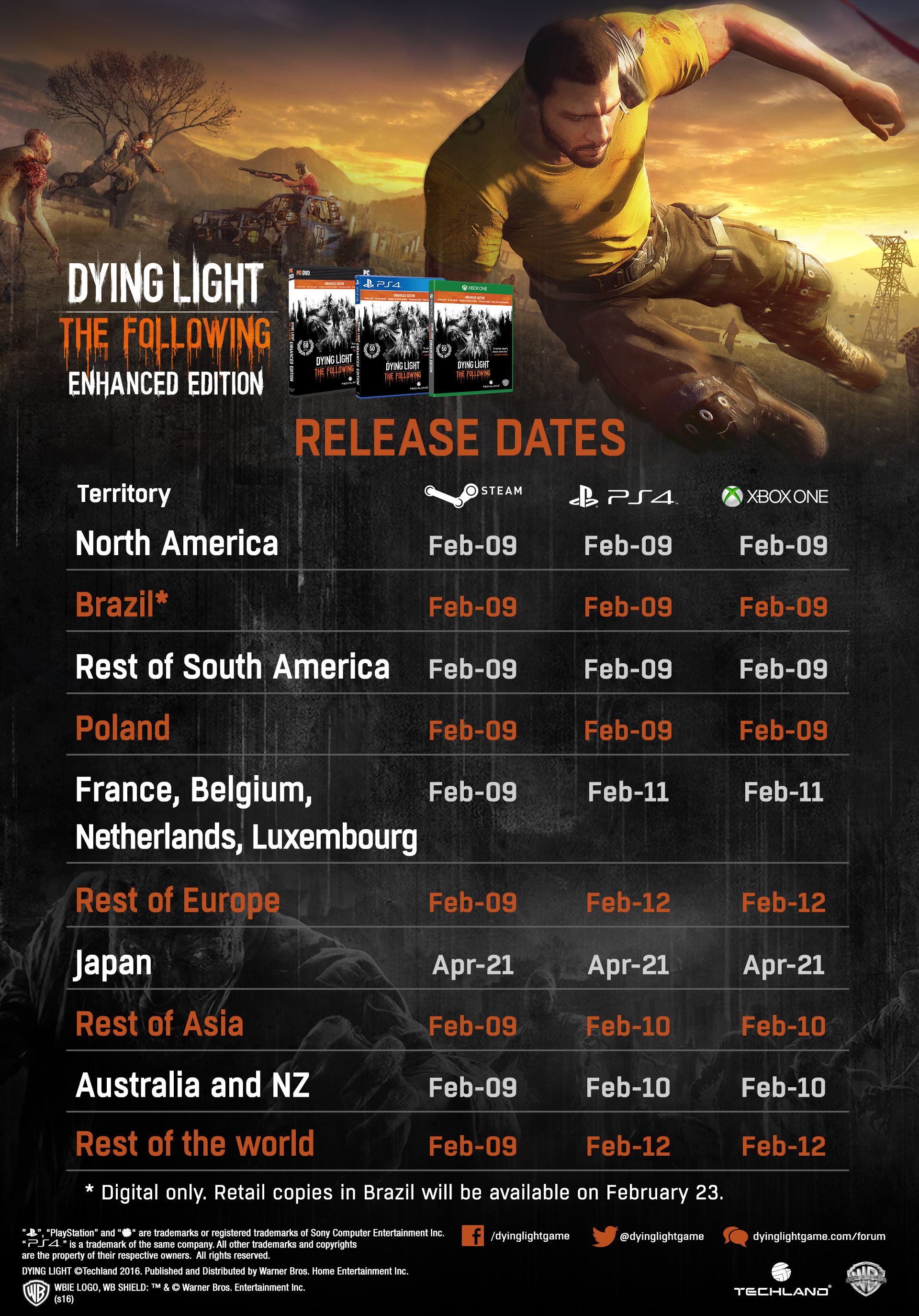