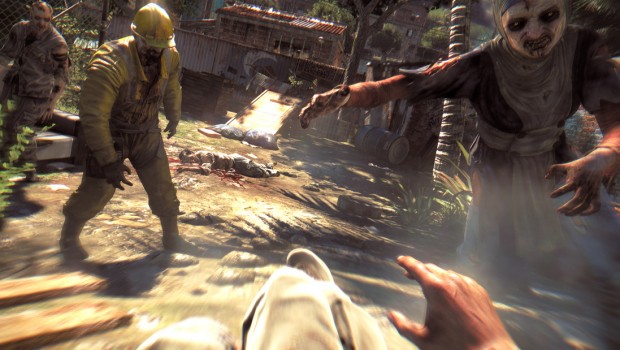 One of the most anticipated next-generation games, in development by Techland, unveils some of its secrets in the latest trailer. The video is also a confirmation that Dying Light will be present at E3 2014 in Los Angeles.

Among other exciting features, the newest trailer of Dying Light demonstrates the system of Natural Movement. This feature, designed internally by Techland, not only lets players move around the whole environment of the game easily and intuitively but also combine parkour-style movement with brutal combat. It will be further explained and showcased during the prestigious E3 2014 expo, which takes place on June 10-12 in Los Angeles.

Dying Light is an action survival horror game presented in first-person perspective. The game is set in a vast and dangerous open world. During the day, you roam an urban environment devastated by a mysterious epidemic, scavenging for supplies and crafting weapons to help you defeat the hordes of mindless, flesh-hungry enemies the plague has created. At night, hunter becomes prey as the infected grow in strength and aggression – but even more lethal are the nocturnal, inhuman predators that leave their hives to feed. You will need to make use of all your skills and any available means to survive till dawn.

Dying Light is going to be released in February 2015. The game will be available on five platforms: PC, PlayStation 4, Xbox One, PlayStation 3 and Xbox 360.