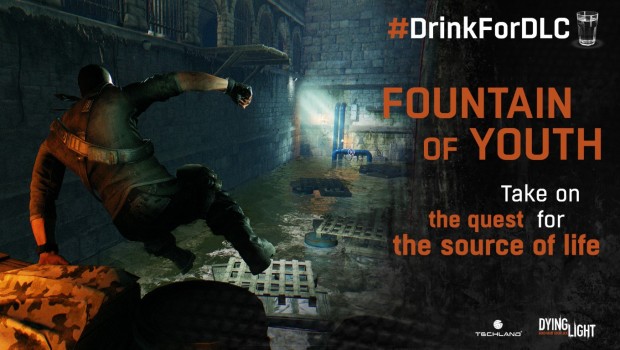 December 10th, 2015 – Wroclaw, Poland/ Earlier this year Techland started a health-oriented campaign on social media under the hashtag #DrinkForDLC, encouraging people to drink water and stay hydrated. The fan response exceeded all expectations: the hashtag reached more than 15 million people and resulted in over 15 000 creative photos and videos of fans drinking water, not counting other expressions of support.  As a thank you to the fans for their involvement, the development team designed additional free content for the game. Today Techland has detailed the contents of a three-part DLC pack that all Dying Light players will receive free of charge.

The #DrinkForDLC content pack will be included in Dying Light: The Following – Enhanced Edition, the complete and immensely improved version of the game to be released on February 9th, 2016. Owners of the original version of the game will receive the pack as part of the free improvements update, which will be made available on the same day. 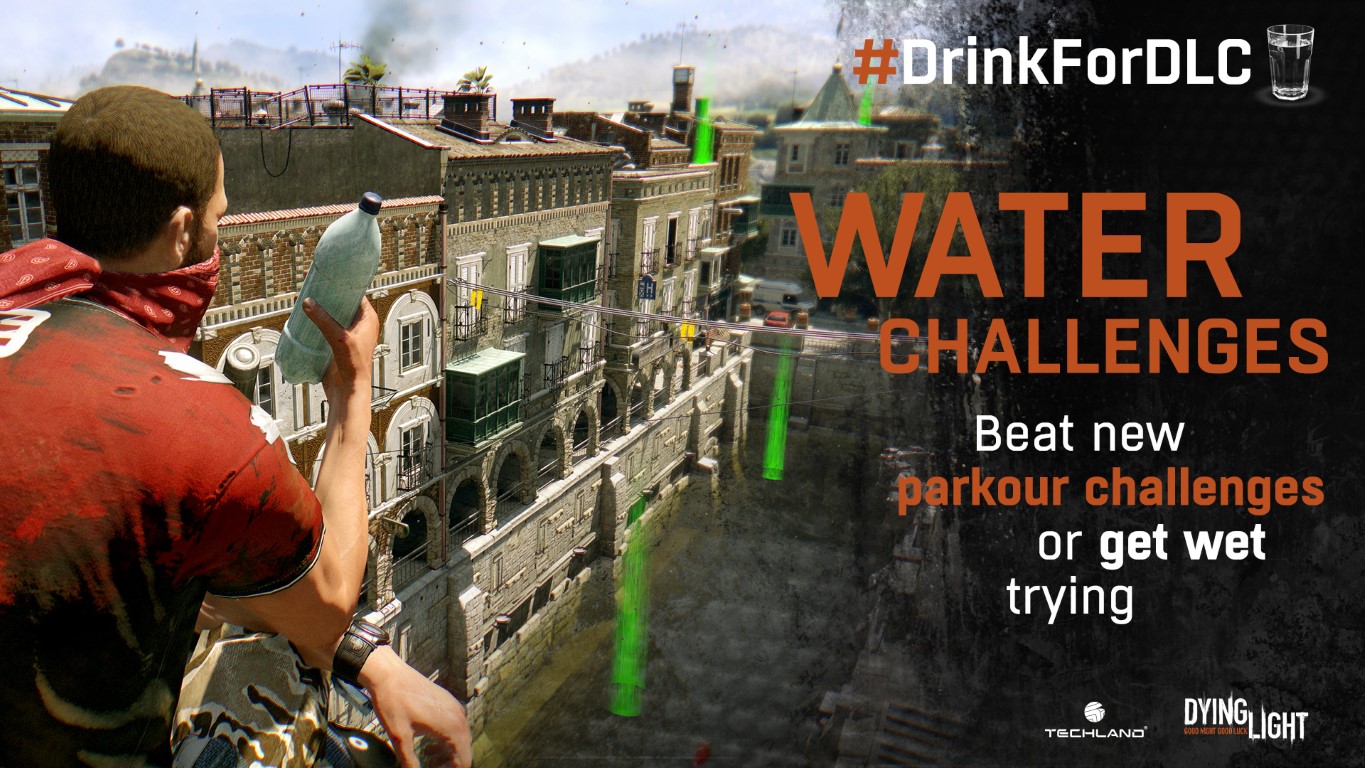 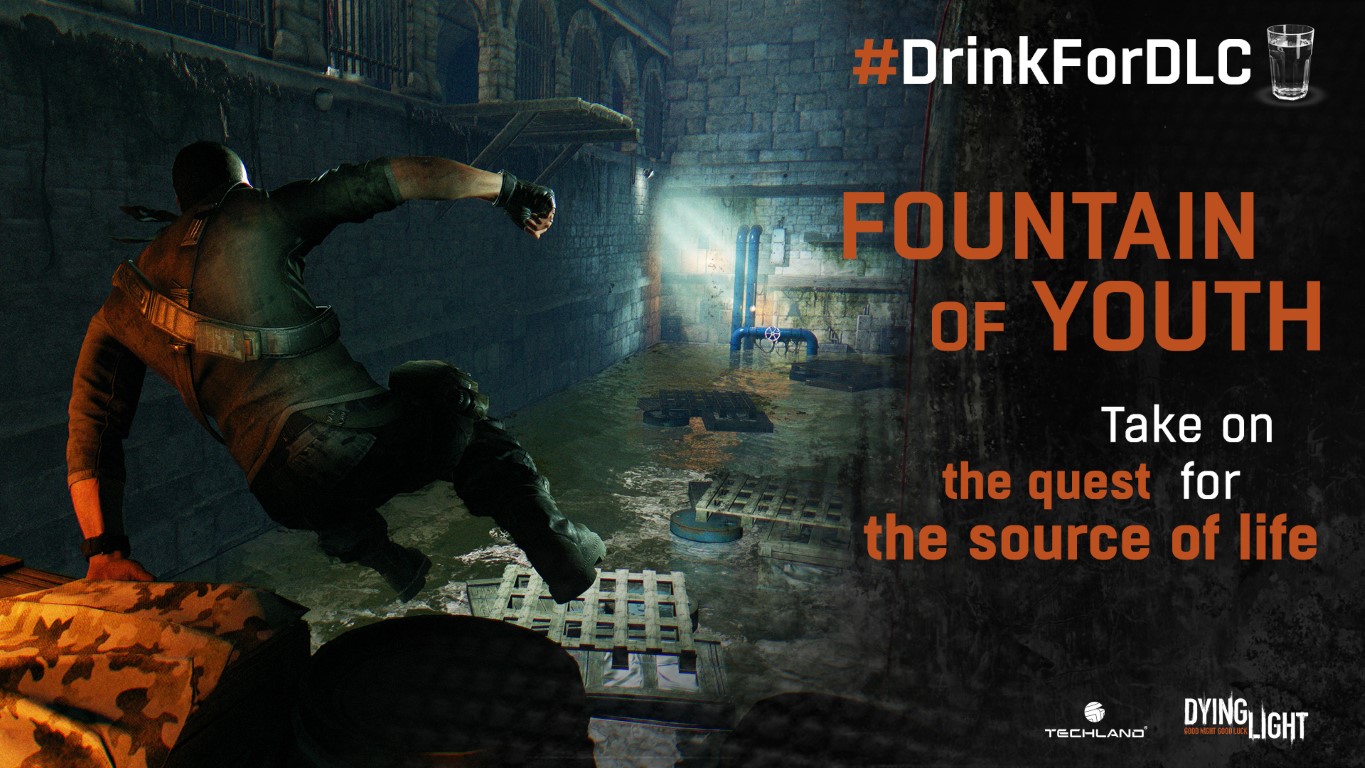 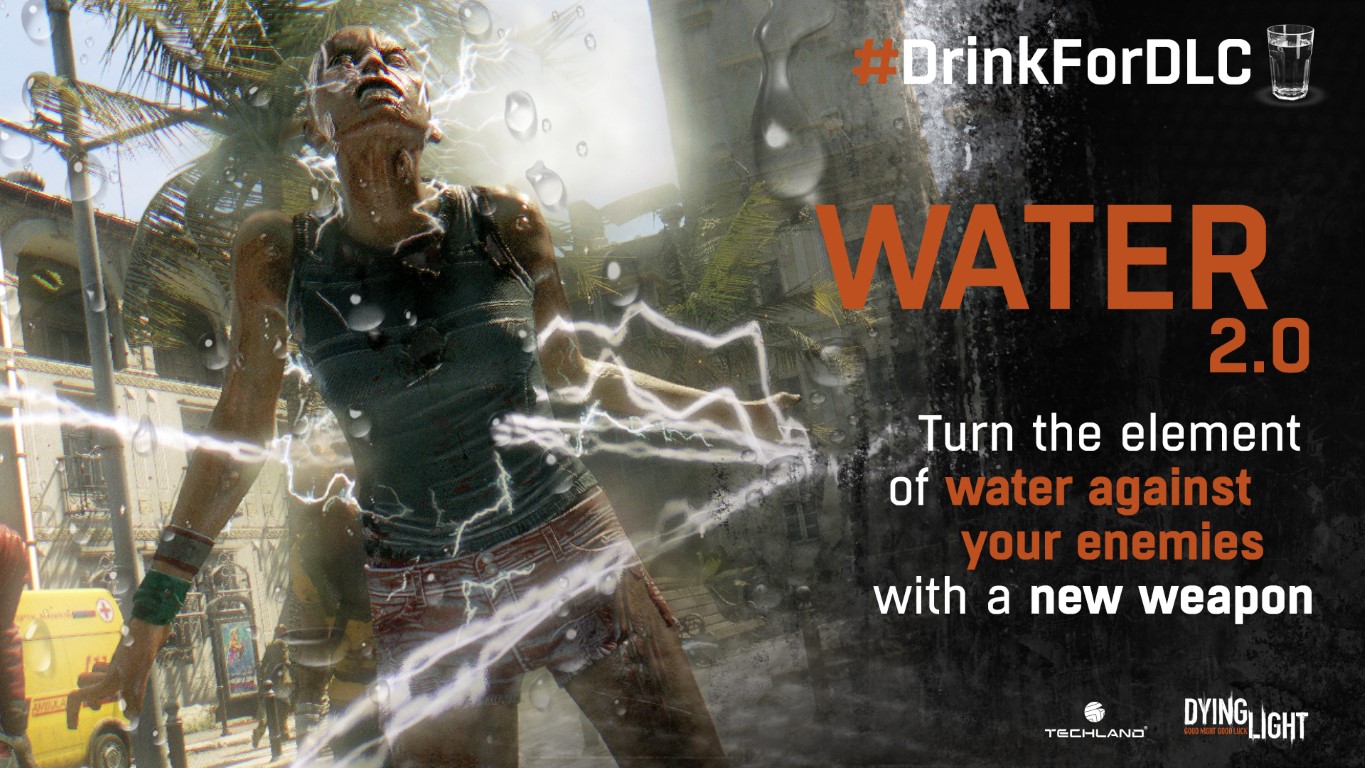