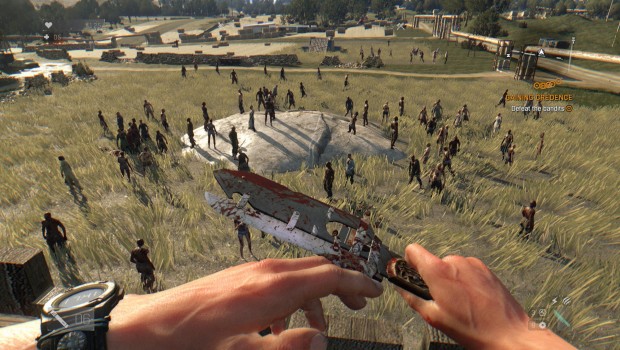 March 17th, 2016 – Wroclaw, Poland/ Today Techland announced its first Community Bounty for Dying Light: The Following. This weekend (March 19th – 20th, 2016), players from around the globe can rally together in the newly-released expansion to try collectively run over 5 000 000 zombies with their in-game buggies. Reaching the group goal within 48 hours will award an exclusive Gold Buggy paint job for use in the game. All participants will also get a special weapon docket just for taking part.

“We’ve also added a little something extra to max out the carnage – explains producer Tymon Smektała. – We’re giving the buggy some extra hitting power during the event, so smashing zombies will be even more fun. Make sure to give it a try!”

Fans can track the cumulative score live at dyinglightgame.com/bounties. The website features a countdown timer to the beginning of the event and a live community score counter. The website will also be updated with the final results of the ‘Buggy Frenzy’ community bounty. Only participating players will be eligible for the rewards. The event runs for March 19th – 20th for 48 hours starting Saturday at 0:01am PST / 8:01am CET. All players across PC, PlayStation 4 and Xbox One can take part.