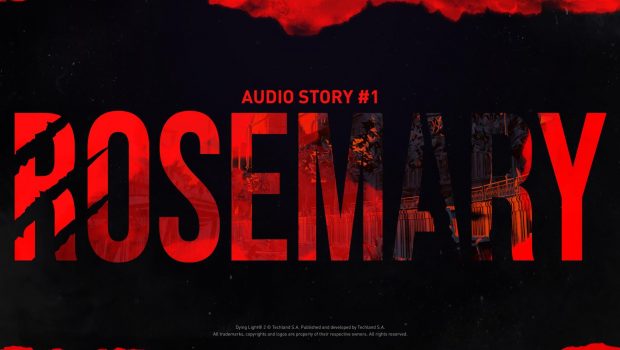 Techland has published the first Audio Stories from the Dying City series. The audiobook “Rosemary” introduces players to the history of Dying Light 2 Stay Human. The audio story is available [HERE].

“Rosemary” is an urban legend from the world of Dying Light 2 Stay Human, created especially for people who like scary stories told by the bonfire at night. The “Rosemary” is the first in a series of short audiobooks about events so amazing that it’s hard to believe they might have happened.

There are many such stories in the post-apocalyptic world of Dying Light 2, and the difficulties of surviving in a city full of dangers are an endless source of inspiration. By sharing them with each other during meetings, citizens of The City can get closer to each other, allow a little respite and rebuild fragile social bounds. They also teach how to live and avoid trouble… and sometimes they just serve to drown out the sounds of the night, when from a distance players can hear monsters coming out of their lairs, and every rustle and step behind the wall portends danger.

Techland invites you to the fire, together with the residents of The City. Players will be able to feel like one of them – huddled at night by the light of a UV lamp, listening to another of the scary stories.

The audio story “Rosemary” is the first story in a series of urban legends. Techland will soon present more similar materials from the world of Dying Light 2 Stay Human, not only in the form of audio. The English version of the recording featured: Paul Peterman (narrator), Joanna Farell (old lady), and Jerry Widuch as a boy.

Dying Light 2 Stay Human published by Techland, will be released on PC, PlayStation 4, PlayStation 5, Xbox One and Xbox Series X | S. Pre-orders can be placed at dyinglightgame.com/preorder.