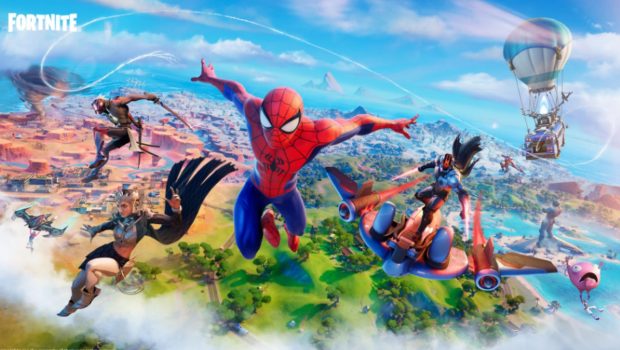 Now in its fourth year as one of the most popular entertainment properties in the world, Fortnite dropped the game’s massively anticipated “Chapter 3” this past weekend! Millions of players around the world took to the insanely popular Battle Royale — all to be greeted by none other than Dwayne Johnson as the actor behind the game’s fan-favorite “Foundation” character! Joined by The Rock is Spider-Man, a new playable character inside the game.

A “Chapter” in Fortnite is a completely fresh beginning for the game, and Chapter 3 brings a rehauled map, new gameplay mechanics, and a significant update to the game’s continuing storyline. Chapters are massive for fans and only launch roughly once a year — with this one perfectly timed for a holiday at home!

Today’s Fortnite launch theme is “Chapter 3 Season 1: Flipped.” The Fortnite Island — the map fans knew for the past year — has changed completely, unveiling never-before-seen areas for players to explore. With Spider-Man now a playable character, players will be able to check out the very familiar, towering, and web-covered Daily Bugle. And speaking of webs, on December 11 players will be able to obtain Spider-Man’s Web Shooters in game and for the first time swing around Island!

You can watch Chapter 3 Season 1 in action in our overview video here.