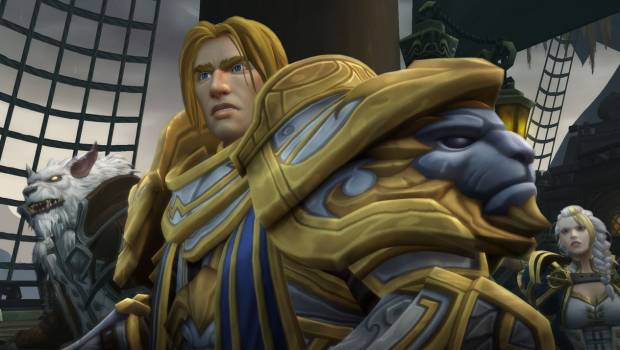 To celebrate the launch of Blizzard’s Battle for Azeroth for World of Warcraft, we catch-up with lead character artist Dusty Nolting to talk WoW!

Tell us a little about the art direction of Battle for Azeroth?

When we had the idea for Battle for Azeroth, we knew we were going to be journeying around Azeroth to places we’ve never seen before, like uncharted islands. This lets us explore new characters and creatures like the primordial Zandalari and the seafaring Kul Tirans, plus there’s all sorts of other cool stuff like death magic witches and much more. We get to come up with ideas for what all this stuff might look like. It’s an ongoing process because we’re always looking to expand further to build on these new ideas. 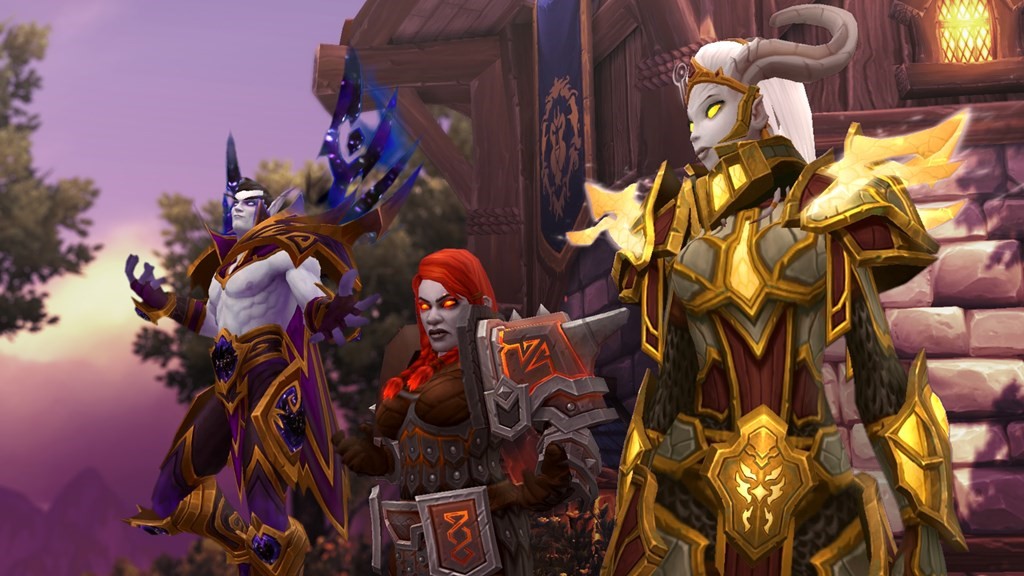 There’s a few new creatures that I really like. There’s a whole stack of new dinosaurs we’ve added to the game. One of my favourites is the brutosaur which is a giant dinosaur, one of the biggest creatures in the game. You can find these walking around Zuldazar.

Can you walk us through the character design process?

Often it can start with a design or story, something we get from designers, or an idea they have for a quest. From there, we will concept the idea and imagine what they are thinking and get it onto a piece of paper. We will liaise with them to see if that’s the exact character they are looking for. From there we will model it in 3D, texture it and eventually we will get it into the game with the help of people like Darren. Our designers will use it for spawning in quests or putting it in dungeons, or wherever it might end up.

One of my favourite characters in Battle for Azeroth is Bwonsamdi. He is the troll loa of death. He’s so recognisable as this deathly troll. He’s located in-game in a cool temple with a blood moon overhead. It’s so interesting and such a characterful zone.

Tell us a little about the story?

This is Battle for Azeroth. It’s rekindling the flames of the war these factions have been fighting for decades. That’s one of my favourite things about this. Everything in this expansion is in service of this war campaign. That ties into other features like warfronts, war mode and collecting Azerite to power up your weapons and take the fight to the enemy. 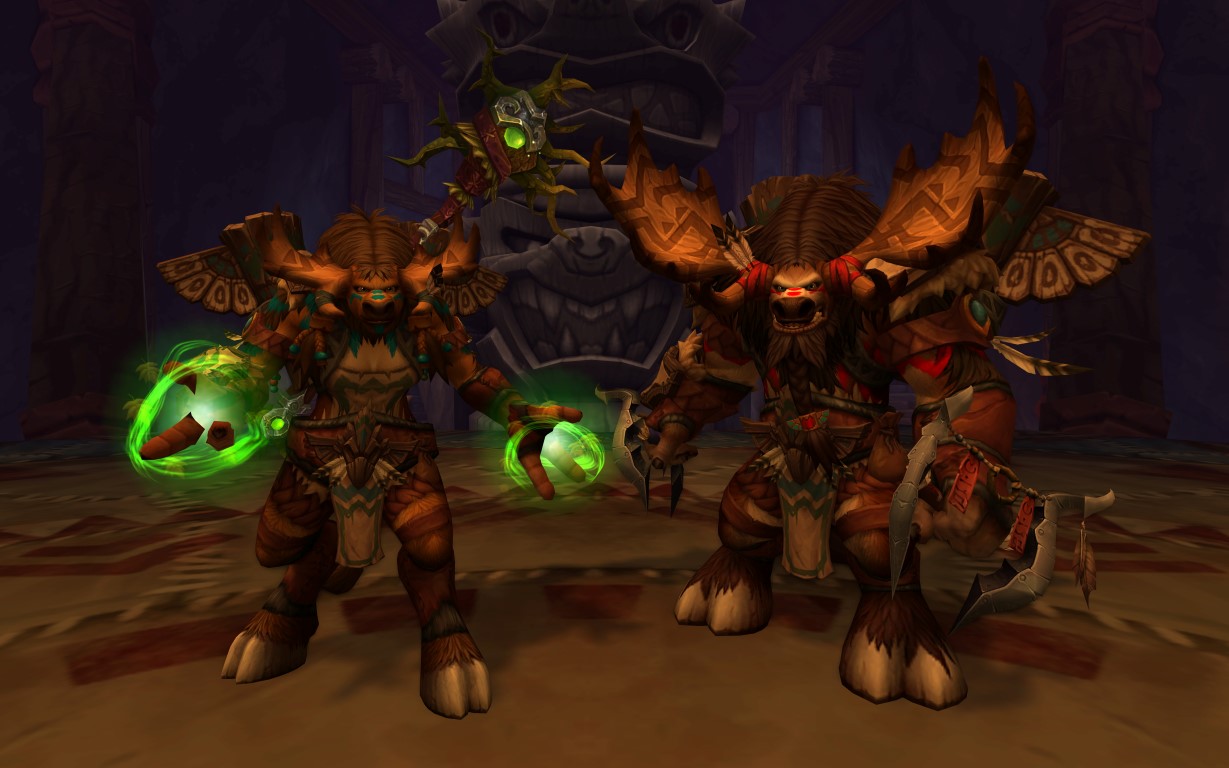 As an artist, where did you get your inspirations from?

I draw inspiration from anywhere and everyone. It can come organically from a conversation you might have about a story or an image you might have seen on TV. I’m always looking to stay creative and absorb new ideas. I can lean on and collaborate with my team – they are filled with the coolest ideas and together we try to make World of Warcraft more epic every day.

What’s the coolest element in Battle for Azeroth?

I think how faction lines have been drawn. For me, some of the most interesting things are armour sets. We have this cool Horde-centric red and spiky armour to make you look awesome, for example. Converse to that is the Alliance which has bright silver armour, trimmed in gold. Having them clash on the battlefield – that’s such awesome, iconic imagery that people will love to experience in Battle for Azeroth.

Lastly, how do you think fans of WoW will reach to Battle for Azeroth?

In Battle for Azeroth, players will fight for their faction and reignite some old conflicts while exploring new quests in these two new continents. They’ll get to meet new Allied Races and see some really grandiose environments. People have been waiting for this for a long time, so we hope they are excited to get started in Battle for Azeroth. 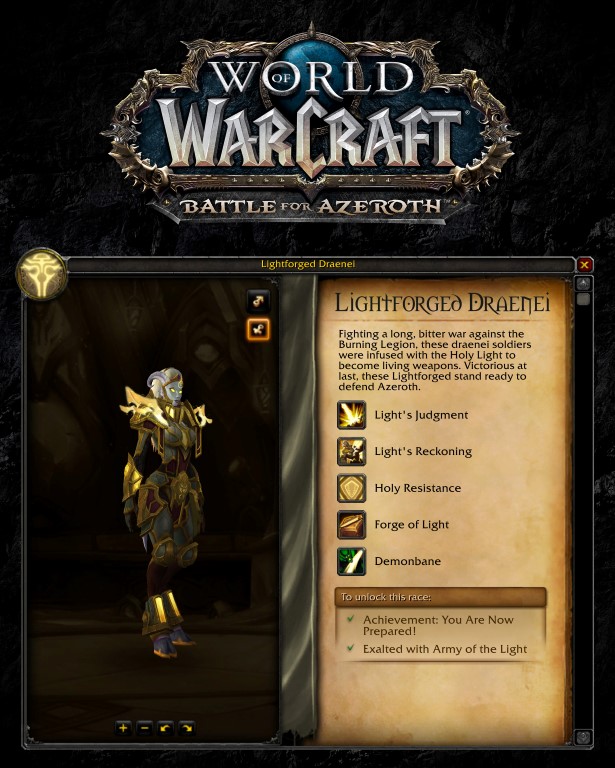 As a lead character artist on the World of Warcraft development team at Blizzard Entertainment, Dusty Nolting is responsible for creating a wide variety of creatures, characters, armor, and weapons for the game and its latest expansion, Battle for Azeroth.

Dusty first started at Blizzard in 2006 creating character and prop art for World of Warcraft and has remained focused on Blizzard’s acclaimed massively multiplayer online role-playing game ever since. Over the course of his Blizzard career he’s contributed heavily to the art of WoW’s playable races, and remains particularly proud of the part he played in bringing the Molten Corgi pet to life.

Dusty holds an Associate’s degree in Animation and Art from the University of Houston. When he isn’t busy bringing myriad characters, creatures, and critters to life in WoW, he enjoys tabletop gaming and painting miniatures.