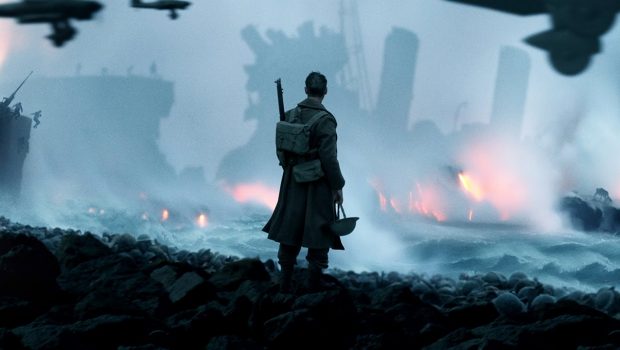 I have seen Christopher Nolan’s WWII film Dunkirk twice now and it was the second screening that highlighted the depth of the film’s thematic ideas the strongest. On a first watch, the sound at a mainstream cinema was terribly muffled, which rendered much of the film’s dialogue inaudible and made the experience largely unenjoyable. A change of venue fixed these issues and made for a refreshing viewing.

The film is set solely during the battle of Dunkirk, where the British and French soldiers are trapped on a beach, having retreated from the German army following a bloody campaign. The British are eager to escape, believing they’ll be needed to defend their homeland. The film offers no cuts to British generals or any clear vision of the enemy, only the viewpoints surrounding this one major event.

Instead, Dunkirk traces three overlapping stories, The Mole, The Sea and The Air, which are divided into a week, a day and an hour, respectively. Tommy (Fionn Whitehead) is a young British soldier that befriends another young man (Aneurin Barnard) also trying to board a vessel to escape the beach. They dubiously collect a stretcher together to try to approach a ship. Meanwhile, a small civilian boat is piloted by Mr. Dawson (Bridge of Spies’ Mark Rylance) and two young men who are preparing to help with the rescue.

However, Mr. Dawson frees a visibly shaken soldier (Cillian Murphy, strong and emotive) from the water who is adamant that he doesn’t want their vessel to steer back to Dunkirk, which causes friction on board. The last thread involves Farrier (Tom Hardy), a fighter pilot who is helping to defend the beach by shooting down enemy planes, but he’s also running low on fuel. While this character’s face is continually masked, his eyes show his decision-making and his gaze reflects on crucial events around him.

Much of the film’s anticipation rests on its director Christopher Nolan, now one of the most revered mainstream filmmakers of today. While his recent filmography now comprises blockbuster-scale movies, including The Dark Knight trilogy, these films are unified by their exploration of time, the identities of men and the complex moral lines of heroism. Criticism of his filmography has cited the increasing bloated running time, exposition and muddled storytelling; this was apparent in his rare misfire Interstellar (2015).

Dunkirk addresses many of these concerns and reflects Nolan’s maturing cinematic form. He is said to have studied the films of the Silent Era in preparation for this project, which has resulted in one of his least verbal and briefest films in recent years (it feels complete at under two hours). There’s still some dialogue between the characters, the scarcity of which makes it imperative to hear what’s being said.

Nolan has described Dunkirk not as a war movie but as a survival story. Each scene, action and conversation reflects the moral boundaries of survival during wartime and the cost of self-preservation. Some characters bully others to protect their own survival interests, some men are afraid and understandably cowardly, and a few are brave when it counts. Most are heroes to Nolan, but not everyone can survive.

These traits aren’t new staples to the war genre, but the lack of speechifying in the characters’ actions and the unexpected outcomes for several players feels atypical and gives the story an emotional punch. The characters are less easily pocketed into “good” and “evil” than say the figures of The Dark Knight trilogy, which strengthens the realism and moral complexity. This ambiguity is summarised by the film’s most pivotal line, which is that “survival is unfair”. This is pertinent when Dunkirk dramatises that war doesn’t always reward heroism or innocence because people with those traits can still die unexpectedly.

Nolan also pitches small, crucial narrative details against the grand scale, which makes them easy to miss. Early on, a soldier tells Tommy “grenadiers only”, which sees him dismissed to another rescue line; likewise, Commander Bolton (Kenneth Branagh) curses how one stretcher takes the room for seven standing soldiers, and French troops are turned away from boarding a departing English vessel. Lines in the sand are drawn separating allied countries and people of the same nationality, which further problematises self-preservation.

The film shares a perplexing and sometimes convoluted timeline structure where the frequent intercuts between the three threads reveals that the cogs of the story are not operating under simultaneous time. The narrative shifts back and forth in time and we only realise this when seeing a different perspective of the same scene. One sequence sees all three threads overlap in a single action sequence with spectacular results. The structure and complex editing is thematically comparable to The Dark Knight Rises’ unification of people fighting for a cause.

Time itself is also conceptualised in several different forms in Dunkirk, including an environmental message, which enhances the film’s dramatic structure. Time is calculated through natural resources, such the trembling fuel gauge of an aircraft, rising water levels in several situations, and a deadly oil spill. There are unseen elements of time, such as the impending arrival of enemy forces breaching the perimeter, the hours before the civilian boats can arrive, and when the high tide will re-emerge.

Dunkirk stands as a major technical achievement in juxtaposing the intimately scaled scenes of a plane’s cockpit or the deck of the sailing vessel with its broader and more expansive images of wartime chaos. Pairing the film to a single theme, survival, has aided Nolan immeasurably with the clarity of these contrasting images, even as the film’s scope widens. 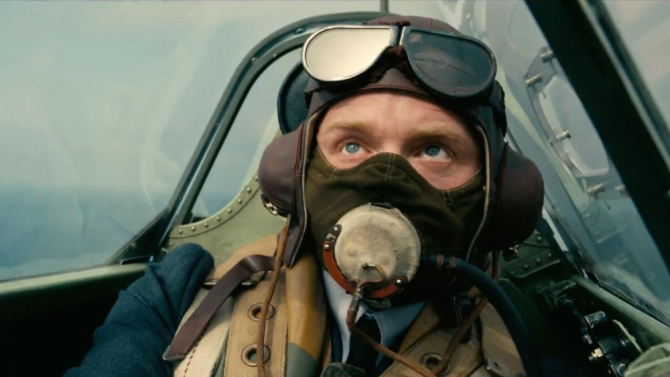 The images are thematically meaningful, visualising ordinary people as being dwarfed by the dramatic circumstances of their fate. Consider a long shot of Dawson’s civilian boat riding alongside a giant warship for example; its miniature size, weighed up against the juggernaut, expresses the near-impossibility of the men being able to rescue everyone.

There is also one lonely shot of Cillian Murphy’s trembling soldier sitting alone on his capsized ship, which signposts his fear and self-preservation. Meanwhile, the rows of identical soldiers reflect the mechanical organisation of people in warfare and how this dissolves the individual’s need to protect themselves. Equally harrowing is when Tommy and others watch a man remove his equipment and then calmly walk into the sea. It could be interpreted as an internal thought of suicide for the boys, not just for the man in the water.

The combat scenes, involving aerial dogfights, the destruction of naval vessels and an uncountable number of extras for the beach scenes, makes for a highly intense display of chaos and violence. Despite the cameras being set on planes and even under the sea at times, most of the action is visually coherent. The aerial photography uses IMAX cameras to transcend the intensity of combat and show the beauty of the individual heroics of the sky, which are framed in exciting and majestic form here. 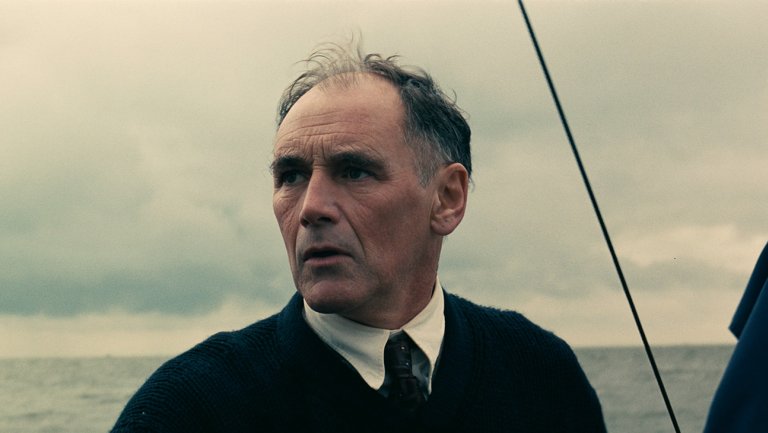 In contrast to the skies and the open beach, there’s also strong use of smaller, contained spaces to create conflict between personal beliefs, which are also pressurised by other factors of time such as gunfire shots and incoming water. In a film of such realism and attention detail, the only noticeable omission here in the early scenes is blood and dismemberment—perhaps one compromise of American filmmaking that even Nolan cannot escape.

While Dunkirk’s shredded timeline is sometimes confusing, the disorientation is also true to harrowing and visceral nature of this event and the immersion of participating in the different parts of the retreat. By making a shorter film that relies mostly on images and character actions rather than heavy exposition, Christopher Nolan has continued to refine his filmic craft.

His film successfully combines the blurred moral lines of heroism and self-preservation with the larger canvas of an enormous wartime blockbuster. The scale appropriately shrinks these characters down to the size of ordinary people, young and seasoned, who are asked to make life-changing choices. Thankfully, a second viewing of these dilemmas forges a moving expose of warfare and the personal cost of survival.

Summary: Nolan's film successfully combines the blurred moral lines of heroism and self-preservation with the larger canvas of an enormous wartime blockbuster.