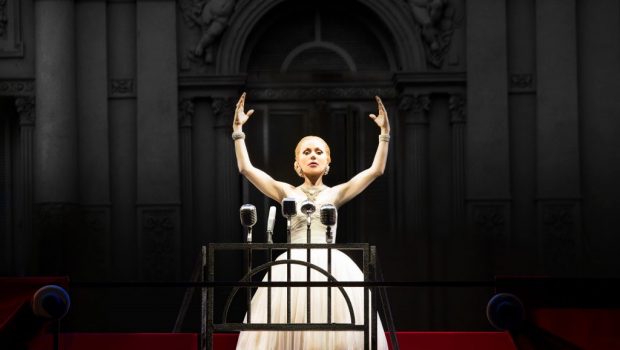 Tim Rice and Andrew Lloyd Webber’s EVITA is Melbourne’s Summer Musical. One of the most celebrated musicals of all time, the original West End and Broadway production directed by Hal Prince, is currently playing at the State Theatre, Arts Centre Melbourne and due to overwhelming demand, the season has now been extended to March 3.

Tickets for the new performances are on sale now at evitathemusical.com.au

Starring the remarkable Tina Arena, the production completed a spectacular sold out season at the Sydney Opera House and similarly in Melbourne has been celebrated by audiences and critics alike.

★★★★½ ‘Super-slick, visually and vocally imposing, and proves a perfect vehicle for its star. This production has star quality in spades.’ – The Age

★★★★ ‘Tina Arena’s voice is astonishing… It’s Glorious. The kind of singing that makes you hold your breath. The stuff that musical theatre dreams are made of.’ – Time Out