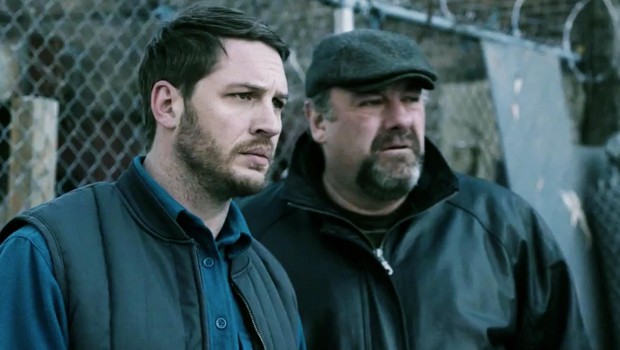 Many of Dennis Lehane’s novels have been adapted for the screen. Gone Baby Gone, Mystic River and Shutter Island are all books written by the author that have been put onto the big screen. The running theme with all these movies is that they are all set in Boston. This is where The Drop differs since it is set in Brooklyn and is based off a short story by Lehane (Animal Rescue) instead of a full-length novel. Even though the setting has been switched to New York City we still experience a whole cast of the good, the bad and the ugly, though it’s not quiet clear who’s playing which role.

Tom Hardy plays the lead character of Bob Saginowski, a bartender for a Chechen mob owned bar that launders money. The bar is run by former owner Cousin Marv, who’s been muscled out of owning it by the mob, though his name is still on the side of the building. The role of Marv is brilliantly taken on by the late James Gandolfini and marks the last feature film the actor played in before his death last year. Bob and Marv live quiet lives despite partaking in the illegal act of cleaning dirty money for the mob. The character of Bob is quite sweet and almost comes off as a simpleton. The bartender speaks softly and politely though there seems to be a little more to him. Bob’s softness is shown when he finds an injured pit bull in the garbage. He is helped to mend the hurt dog by Nadia (Noomi Rapace), who is just as soft spoken and sweet as Bob. Marv on the other hand isn’t as content as Bob. He is a man that’s under pressure financially and lives in the shadow of his former self. Marv is in a dire situation with medical bills to pay and the constant intimidation from the Chechen mafia. The irony is that the character of Marv is living an extorted life and could easily be a victim to Tony Soprano’s exploitive ways.

After their bar is robbed one night both the mob and the police begin to put pressure on the two for answers. Bob is grilled relentlessly by Detective Torres (John Ortiz) while Marv feels the pinch from mob boss Chovka (Michael Aronov). Despite this robbery scene the film moves at what first seems like a slow pace and headed in no real direction. This may seem tedious at first but it’s actually all intentional and makes the film that much more enjoyable by the end. The whole time there is a tense and menacing build up that borders on scary. It’s not until the film’s twist do we see the full picture but that’s best left unsaid.

Belgium director Michaël R. Roskam has assembled an amazing cast and even though all of the characters speak in a heavy Brooklyn accent the majority of the actors were born way outside of the United States. Most notable is the character of Eric Deeds, a grown street urchin who’s a complete psychopath that towers over Bob and threatens to extort him through blackmail and violence. Belgium born Matthias Schoenaerts dominates the role of Deeds by being a total chameleon and probably showcases the best acting out of all the cast. His performance as an American born thug is so convincing that it’s almost frightening. Both Noomi Rapace and Tom Hardy succeed in their roles with Nadia being able to shed light onto Bob’s sweetness and sincerity. Gandolfini’s last ever movie shows his acting ability was in fine form until the very end. Also look out for a minor role played by Australian James Frenchville (Animal Kingdom) who also camouflages his way into the body of a Brooklyn stick up kid. 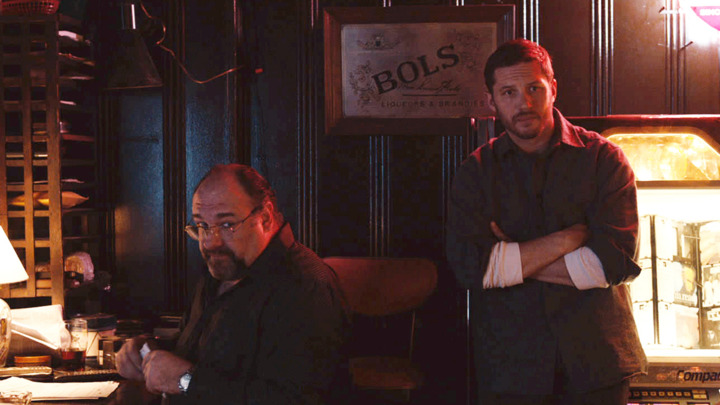 Cinematographer Nicolas Karakatsanis gives some of the film’s most interesting shots towards the film’s climax. The very last scene may be the movie’s only downfall as it is a little cheesy and should have been cut out to give the film more of a grittier ending for the audience to chew on. Despite that mistake, The Drop stands out from all the crime movies that we’re so used to seeing with its slow delivery and interesting character development. Just when you think you’ve got this movie pinned down it slips out from under your assumptions and smacks you in the teeth.

Summary: The Drop stands out from all the crime movies that we’re so used to seeing with its slow delivery and interesting character development.