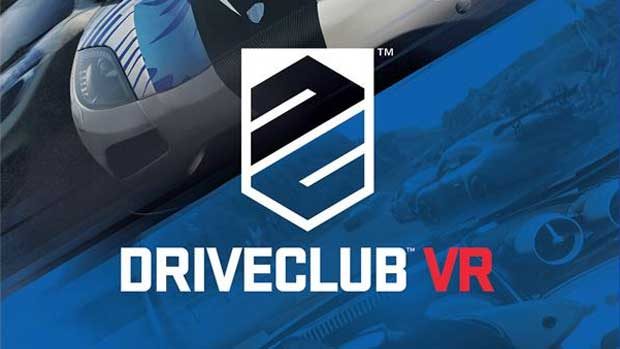 Summary: DriveClub VR had the potential to be amazing but the 'stolen' graphics makes this game look like something from a few console generations ago!

DriveClub VR is one of the big racers to make the transition to the world of virtual reality and given the premise behind this game, it’s easy to see why Sony wanted to recreate this on their new platform. I mean who doesn’t want to be behind the wheel of a powerful car as they racer around this virtual world.

So as I put on your PlayStation VR headset, it transported me into the car and I actually felt like I was inside this high performance vehicle and the only thing missing was an actual wheel for me to hold in the real-world… but you can attach a wheel to your PlayStation 4 is you want to go another level. However all this realism does come at a cost and unfortunately compared to the non-VR version, the graphics have received a downgrade (more on this later) but thankfully the controls work well and I never got tired of looking around while driving, especially inside the car itself! The game also gives you a decent tutorial in mastering the controls which adds to the experience.

Given that, DriveClub VR is a full-game on the PlayStation VR (not some collection of VR mini-games) which boasts around 80 cars and over 100 tracks plus different gameplay modes which gives the player a hell of a lot of content to explore. So if you don’t know by now, DriveClub VR is racer that borders on both arcade and simulation and best of all, there’s a sense of progression and quite a few of the cars handle very differently.

So as you engage in a variety of different races and challenges, DriveClub VR had me yearning for something better because the gameplay is there, especially with the inclusion of the PlayStation VR but when you visit these virtual worlds, you want a feeling more akin to reality as opposed to something from a few console generations ago. This is not to say that DriveClub VR is a bad game but the link is missing and it seems like the developers were a little rushed to get something out. I really want to love this game but when gameplay and graphics don’t quite mesh, things become complicated and not Facebook complicated!

Given that, the head tracking works well and the controls are quite sturdy and if you have a wheel, you will definitely want to hook this up.  The VR version of DriveClub also allows for a form of free-drive called cruise mode and even the ability to sit in the passenger seat for replays. This is was actually quite fun as it allows you to explore the track and not worrying about taking the corner too fast or crashing into an opponent. Then you can walk around like a showroom thanks to inspection mode which allows you to explore these faithfully recreated virtual cars. Lastly, there’s an online component to the game, including the ability to create your own Clubs or ‘clans’. This does add to the replay value of the game, especially if you’ve exhausted the single-player options.

As the original game was a graphical treat on the PlayStation 4, the VR version unfortunately took a hit in order to ensure it works well on this new platform. It also makes you wonder if this game would run better on the PS4 Pro but hopefully that’s not something Sony will do because they should be supporting the base console which is the PlayStation 4. Given that, the graphics look like something from an older console and the beautiful lighting and weather effects from the original game are gone! Sacré bleu!

Thankfully the audio department didn’t take a hit because the game still features all the powerful grunts of those cars and the background ambience of racing. So all in all, DriveClub VR is a huge mixed bag on the PlayStation VR and in order to keep the acquired frame rate on this platform at a decent rate (my theory anyway), the graphics (yes I’m being repetitive) did take a hit and yes god damn it, I want amazing graphics for virtual reality.

When I heard about DriveClub VR, I was really expecting the same PS4 experience as the previous title, however I was sadly mistaken. Sure, it has very similar parallels, especially with the amount of content but it’s all about the illusion and due to the reduced graphical capabilities of this game, particularly if you’ve played the previous game, it’s a little disheartening. Nonetheless, the gameplay is sturdy and the VR aspect works but it missed reaching the next level which would have been amazing. 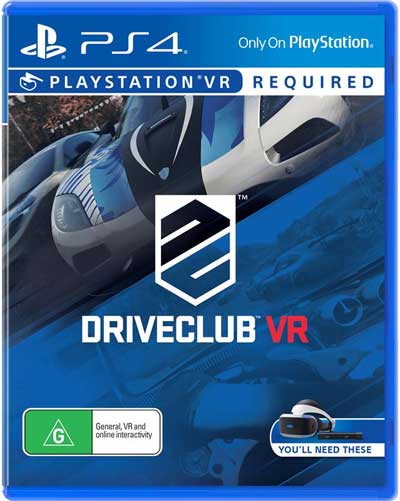