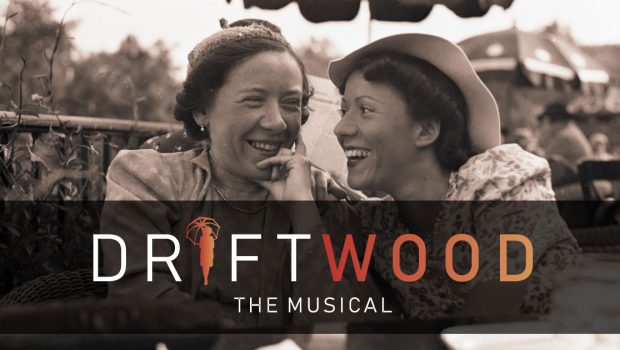 Driftwood The Musical had its world premiere in Melbourne last year and is now being reworked by director and acclaimed theatre-maker Gary Abrahams along with Anthony Barnhill and Jane Bodie.  This moving and enthralling story of a family surviving the ravages of war will return to Chapel Off Chapel from 3 – 20 May.

At the conclusion of last year’s season venue manager, Cate Crowley said “Driftwood – The Musical was one of the most successful new Australian works we have ever seen here at Chapel in our 27-year history. Houses were full and audiences were absolutely thrilled and heartened to see an original story so beautifully portrayed.”

Driftwood The Musical  tells the inspirational story of the renowned Austrian/ Australian sculptor Karl Duldig and his artist-inventor wife, Slawa Horowitz-Duldig. We follow their lives in pre-war Vienna, the family’s narrow escape from Nazi Austria, Slawa’s ingenious invention of the foldable umbrella, and the incredible chain of events that took place after miraculously escaping the Holocaust and rebuilding their careers as artists in Melbourne.

This epic story that covers three continents and three generations has been adapted for the stage by award-winning playwright Jane Bodie, based on the original memoir by Eva de Jong-Duldig. It features original music, lyrics and arrangements by Anthony Barnhill with lyrics by Tania de Jong AM and Jane Bodie.  The show will be directed by Gary Abrahams.

“It is so timely, that it’s both poetical and painful. The stagecraft is mesmerising. The music is sublime. The acting and singing are superlative. This story and stunningly crafted musical deserves to tour the world as a beacon of hope, and a reminder to avoid history repeating itself.”  Australian Stage

“Driftwood comes together with so much talent and commitment.  The family history behind this show is one of extraordinary courage, ingenuity and artistic triumph in the face of the enormity of the Holocaust and the unimaginable trauma and loss experienced by those who survived it.   The singing is excellent. Based on a true story, this show has heart.”Cameron Woodhead, The Age

“…An uplifting story of immigration, adversity, and the need for roots.  This is a production that’s compelling for the charm of its drama and relationships and its thoughtful dramatization of a particular period in time.” Arts Hub

“Quite meta in its execution, this is a show prepared to take risks and challenge theatrical conventions head on.” Nick Pilgrim, Theatre People.