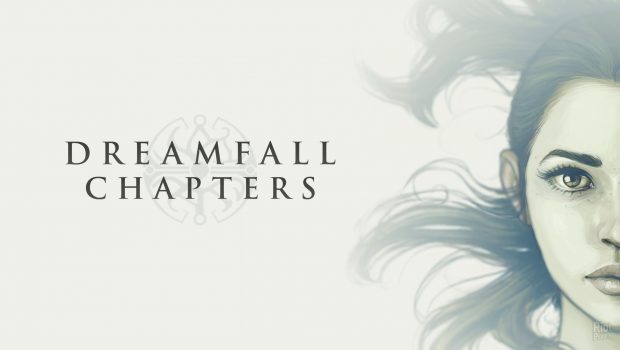 Summary: Worth a look for fans of adventure games, with the caveat that the first few hours are a tad slow but, if you persevere, there’s a more than rewarding payoff waiting for you at the end.

The third entry in a Seventeen year old series, Dreamfall Chapters is an episodic title that, despite the solid mechanics and fairly engaging gameplay, suffers somewhat in terms of accessibility; as you’d expect with the climax of a long-running story, there are quite a few plot threads to get to grips with as well as a hefty chunk of backstory necessary to fully understand the action that’s unfolding upon the screen. 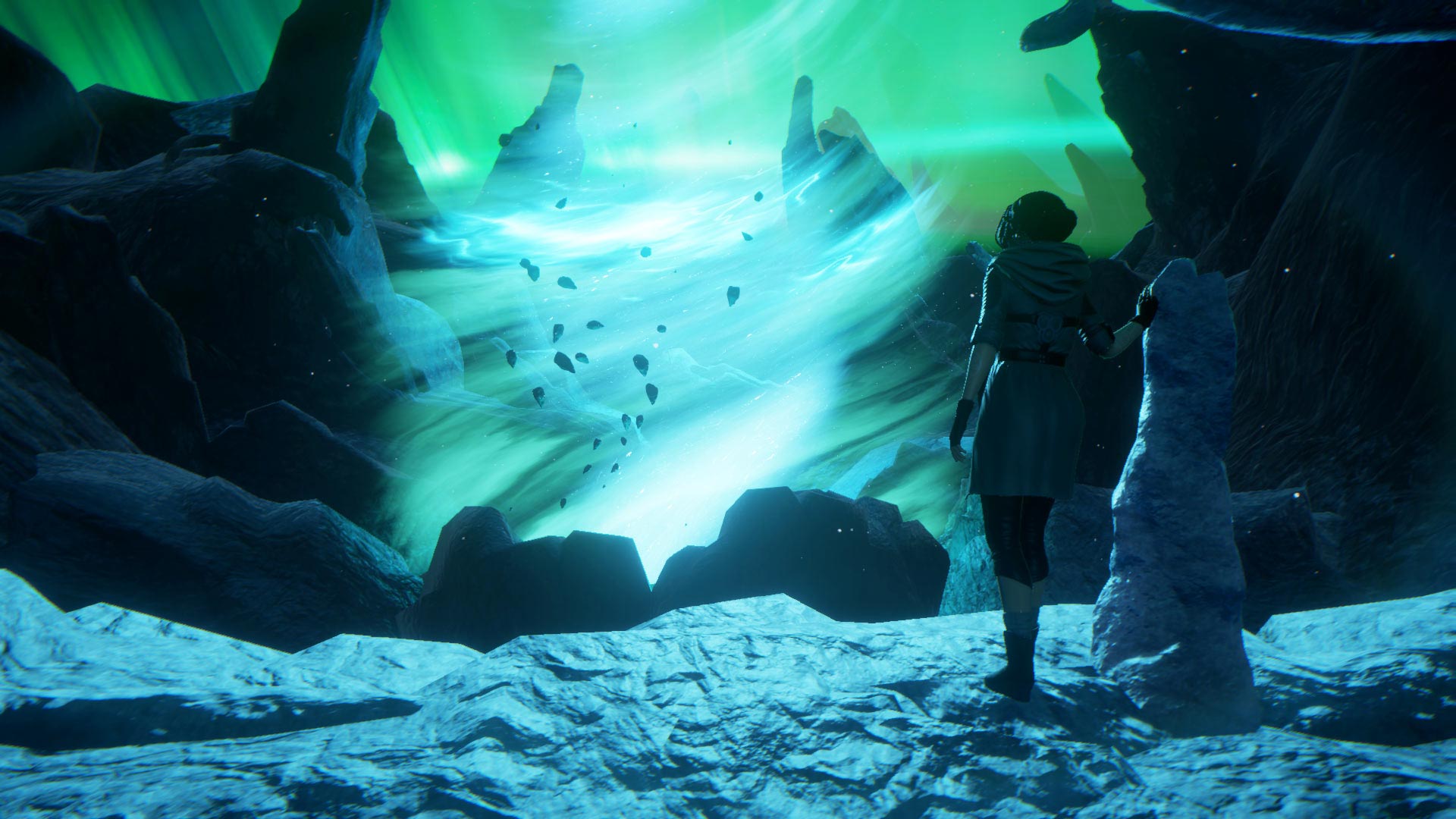 You can piece together enough disparate threads of plot points from the previous entries if you pay enough attention to the dialogue and character interactions but the game doesn’t really take the time to orientate you in this universe in a way where you don’t feel like you’ve stumbled into the final act of a play moments before the curtain drops.

Of course, this is an issue that only applies to players unfamiliar with The Longest Journey and Dreamfall, so your mileage will undoubtedly vary in this respect. Me? No previous experience with the series unfortunately resulted in having no frigging idea what was going on half the time. 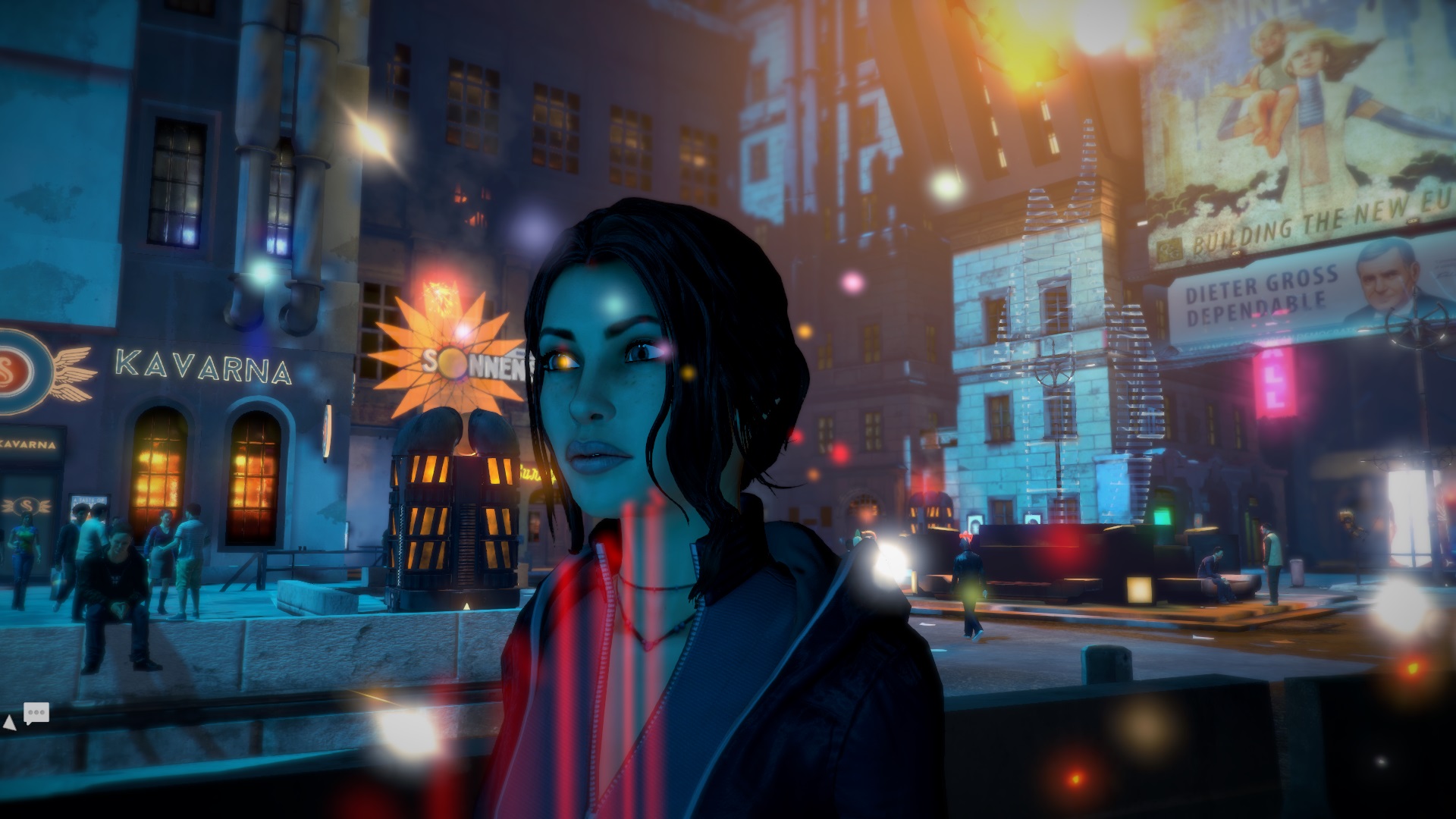 A benefit that comes from purchasing Dreamfall Chapters on current-gen consoles is that the entire series is available to play from the get-go, so no pesky intervals between the prerequisite cliffhanger endings. In terms of length, Dreamfall Chapters offers up a surprising amount of content, with all five chapters offering up nearly forty hours of gameplay, far exceeding the one or two hour punches of similar titles.

Just because a game is longer doesn’t necessarily mean that it’s better value for money, however, so Dreamfall Chapters is fortunate enough to have both the technical and narrative chops behind it to justify the purchase. I realise that that last paragraph sounds like a direct contradiction to my previous griping but Dreamfall Chapters DOES craft a fairly compelling story but the uneven pacing and overreliance on previous knowledge of the series undeniably hampers the game somewhat, particularly as this is likely to be the first contact point for PlayStation gamers. 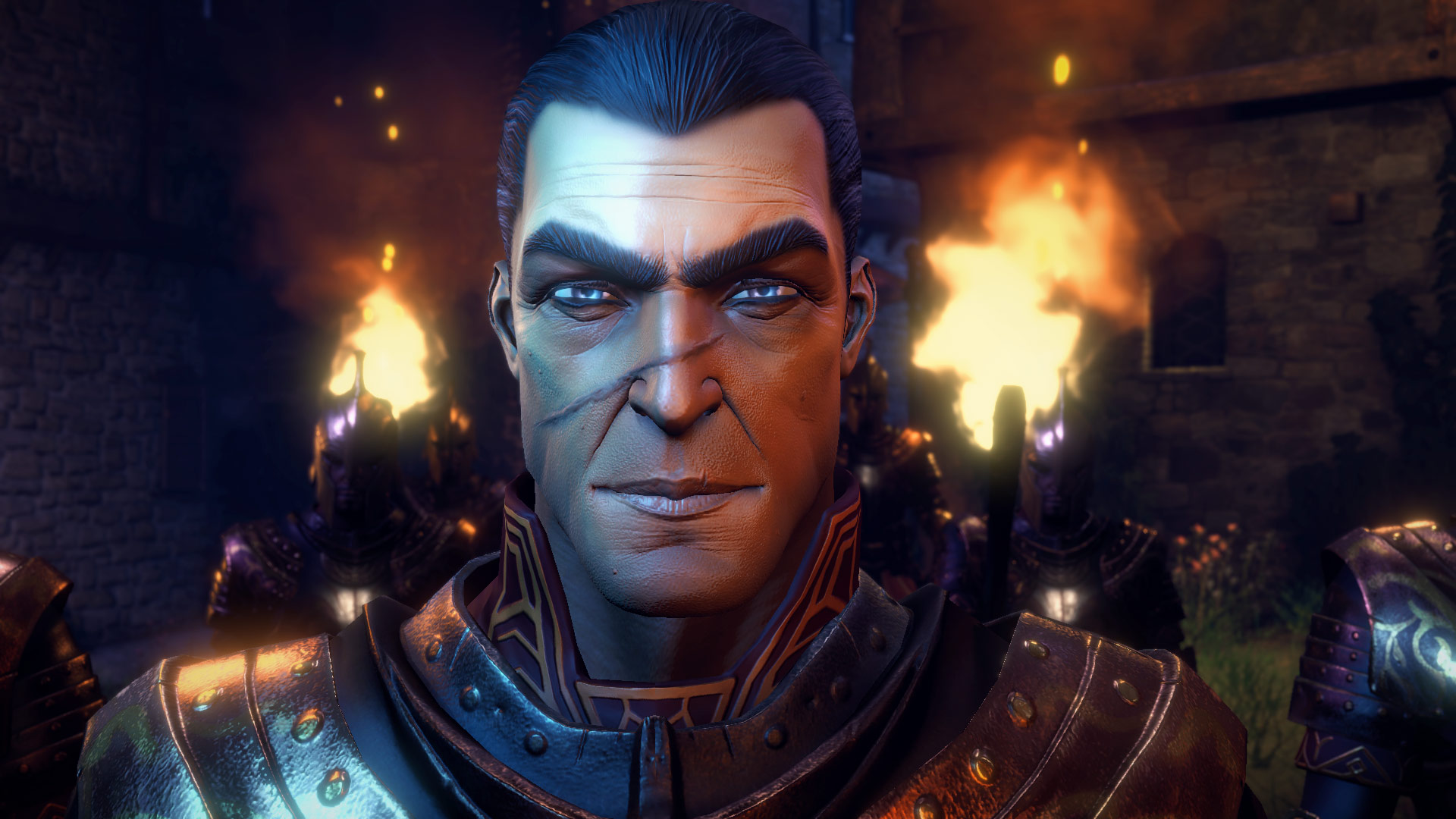 The core conceit behind Dreamfall Chapters is actually quite intriguing, even if we have seen similar tales played out in games before. The story is split between two parallel worlds and their protagonists, much like Double Fine’s The Broken Age, albeit handled in a much more sombre manner.

The first prong of the story follows Zoe, a denizen of the dystopic industrialised world of Stark; with much of the population under the thrall of addiction to lucid dreaming machines, political machinations rage on behind the scenes unnoticed by all but a few… Including Zoe. 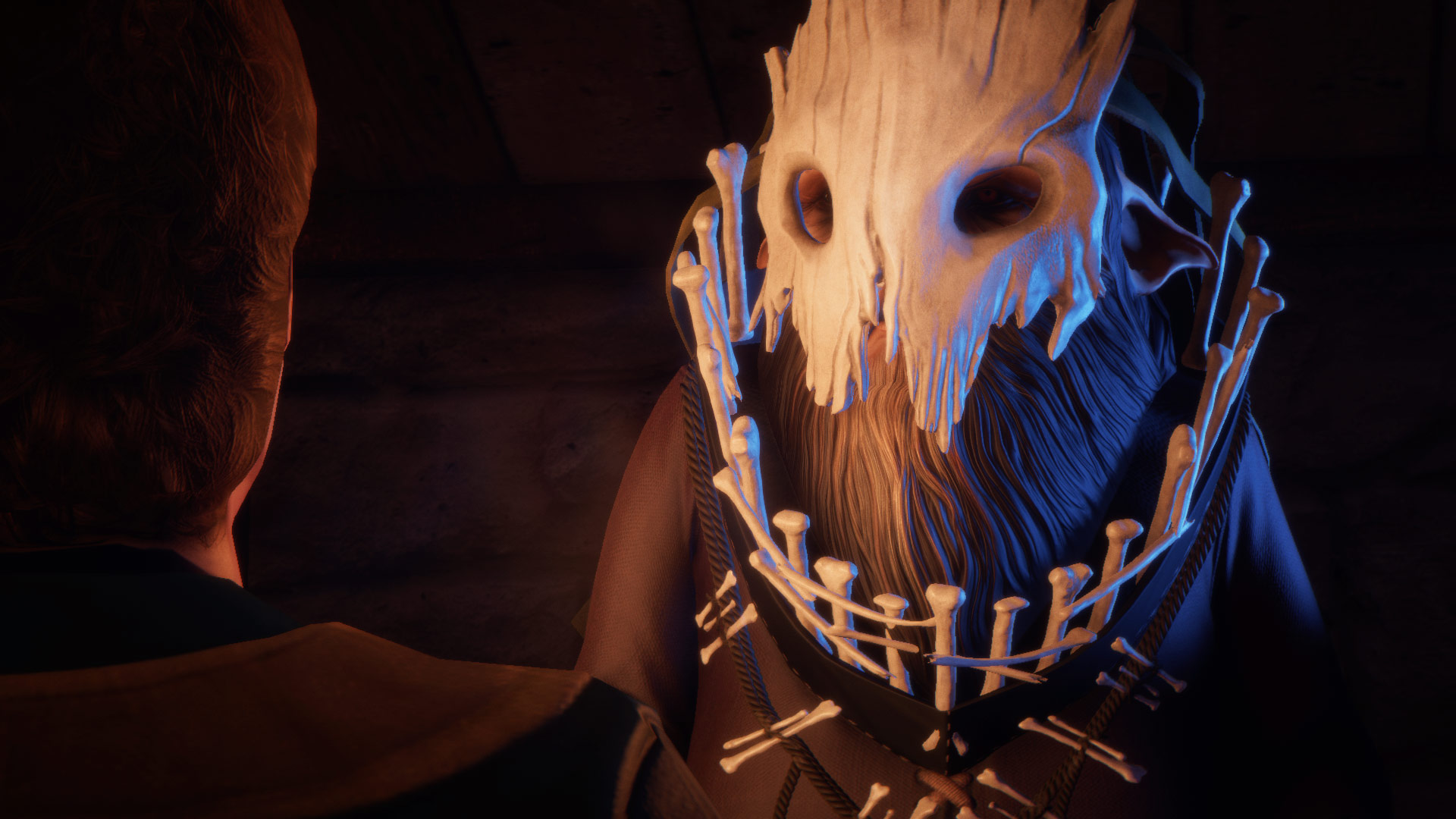 We are also introduced to Kian, a  former assassin and prisoner who calls the magical realm of Arcadia home. After a chance encounter leads to his freedom, Kian soon finds himself embroiled in the efforts of a group of rebels intent on toppling the tyrannical ruling empire. A character that will be familiar to fans, Saga, also factors into the stories to a degree, but for the most part these divergent plot threads play out on their own without any real overt connection to each other.

This may seem like it’d be detrimental to the cohesion of the game as a whole bit it actually works in its favour; once you start getting weary with one storyline, the game suddenly switches things up and maintains your interest throughout… At least after the plodding first two chapters, anyway. The almost glacial pace of the narrative at the beginning is a huge misstep for Dreamfall Chapters and, honestly, often felt like a chore to play through despite being more than mechanically sound from a gameplay perspective. 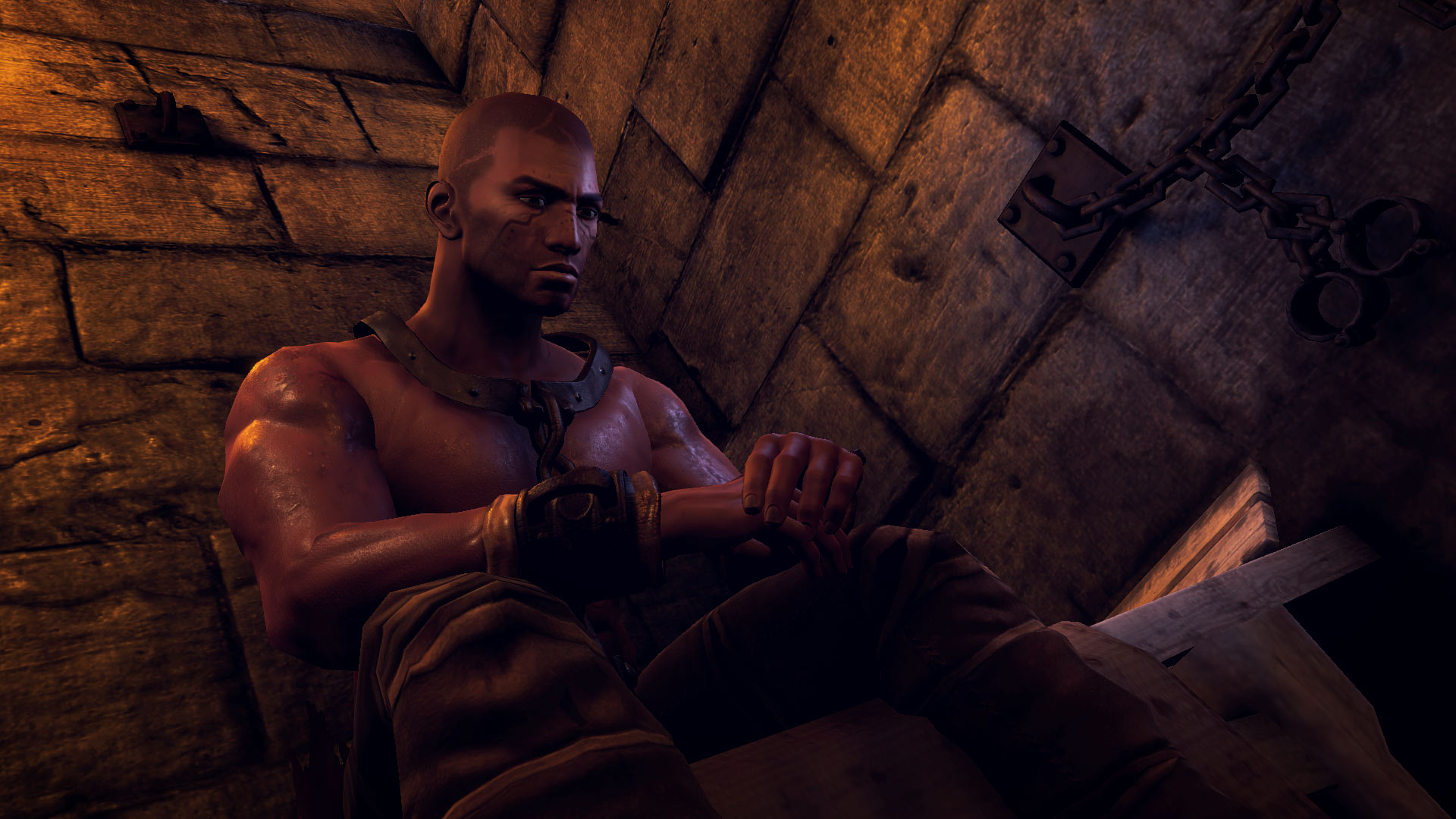 Thankfully things pick up around the midway point and the rest of the game is genuinely interesting, especially when Zoe and Kian’s stories start to overlap and eventually reach the same conclusion. This is easily one of Dreamfall Chapters’ greatest achievements, as the subtle way that the protagonists start to influence the flow of the other character’s story is incredibly well handled and the final three chapters of the game more than make up for the slow start, even for someone who was constantly flailing beneath the ever mounting incomprehensible callbacks to previous games.

As touched upon above, Dreamfall Chapters is mechanically a step above its contemporaries, eschewing set camera angles for a fully three dimensional world. Although this can add issues not found in similar games, such as making locating interactive objects a tad clunkier than it should be, the level of immersion being able to fully explore the world your in brings to the table more than makes up for a few technical hiccups.

Gameplay itself basically boils down to what you’d expect from an adventure game – A lot of Point and Click puzzles, lengthy conversations and a vague sense of influencing the narrative through certain decisions. Although it doesn’t really attempt to break away from this formula, Dreamfall Chapters, especially in the latter chapters, tackles these elements in a more than competent manner. 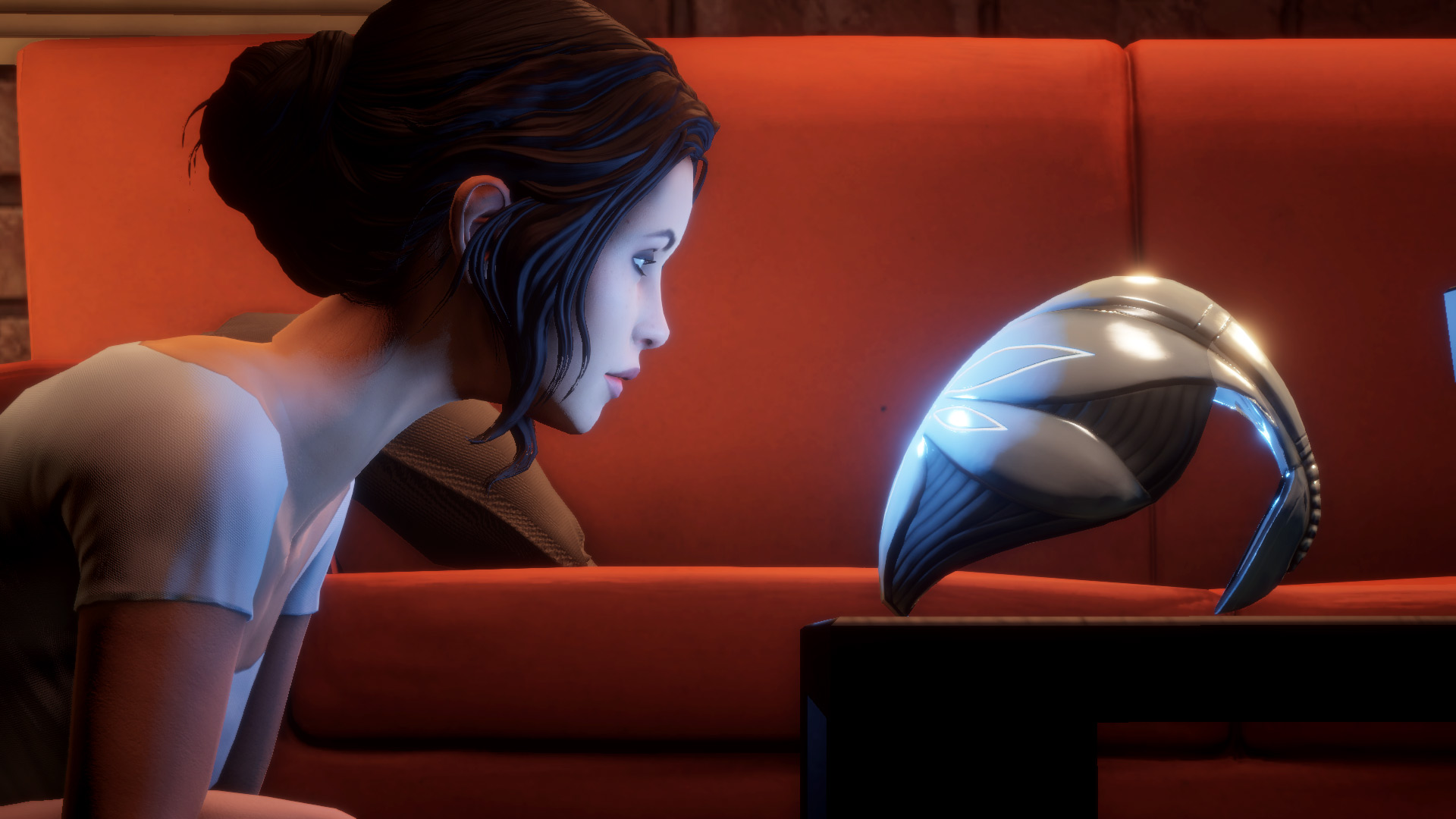 This is more down to personal preference, however, and ultimately Dreamfall Chapters can never be accused of looking ugly, with a consistent level of graphical and audio quality maintained throughout. 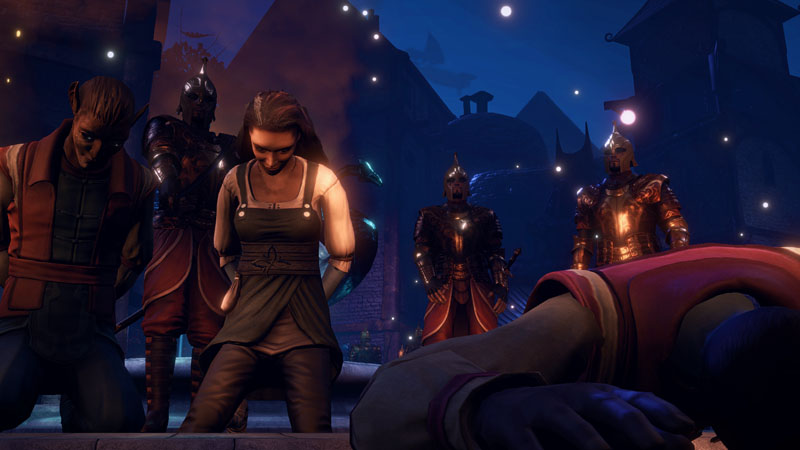 Although the often grimdark narrative could have done with the insertion of some levity, one has to admit that the team behind Dreamfall Chapters have a solid grasp on the art of storytelling, even if the game is steeped in seventeen years of history that’s almost impenetrable to newcomers (The Longest Journey released on PC and Dreamfall only had an additional under-the-radar 360 release).

This inaccessibility will cause the game to suffer commercially, which is unfortunate given the level of competence on display in terms of design and artistic direction. If you stick with the game through the plodding pace of the early sections , even if you’re not familiar with the series, you’ll find a fairly satisfying and engaging narrative that manages to rise above its flaws. 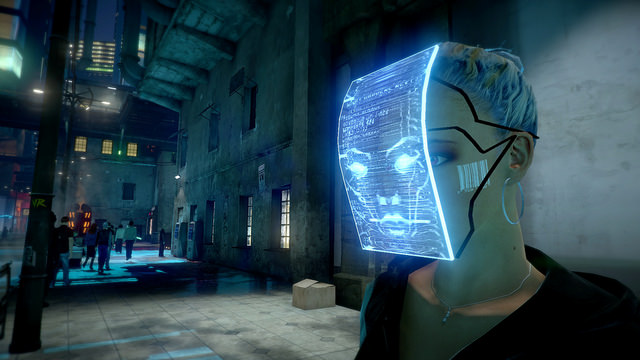 That’s IF you stick with it, however; as mentioned before, each episode can be fairly lengthy, so there’s nearly four or five hours of material that you need to get through before things start to open up.

Whether or not you’re prepared to commit the time to cracking the walnut of indecipherable mythos to reach the sweet nut inside will ultimately decide if Dreamfall Chapters feels like a worthwhile purchase, something that’s hard to gauge in today’s attention span stunted society.

Worth a look for fans of adventure games, with the caveat that the first few hours are a tad slow but, if you persevere, there’s a more than rewarding payoff waiting for you at the end. 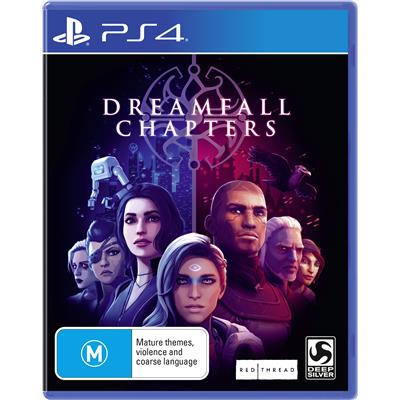