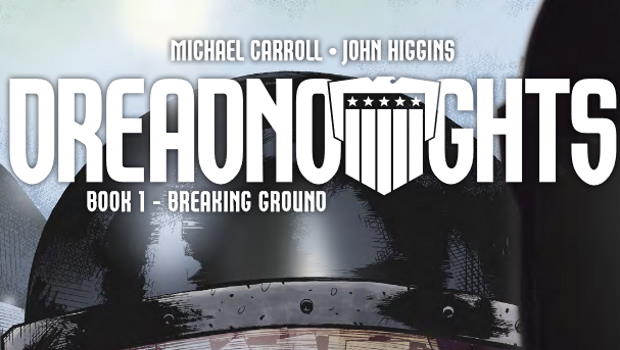 My first memories of reading Judge Dredd were a book from our local library, they had a Judge Dredd comic and a Dan Dare Comic (so clearly a bit of a British influence). I have vague memories of thinking how cool Dredd was in his ability to deal with crime on the spot and punish the wrong doers. Reading the stories later it’s easy to see how much more complex the issues are and to appreciate them on many more levels. Dreadnaughts: Breaking Ground takes us back before Judge Dredd… when the Judges were just starting to replace the police forces and what society was like at that turning point. 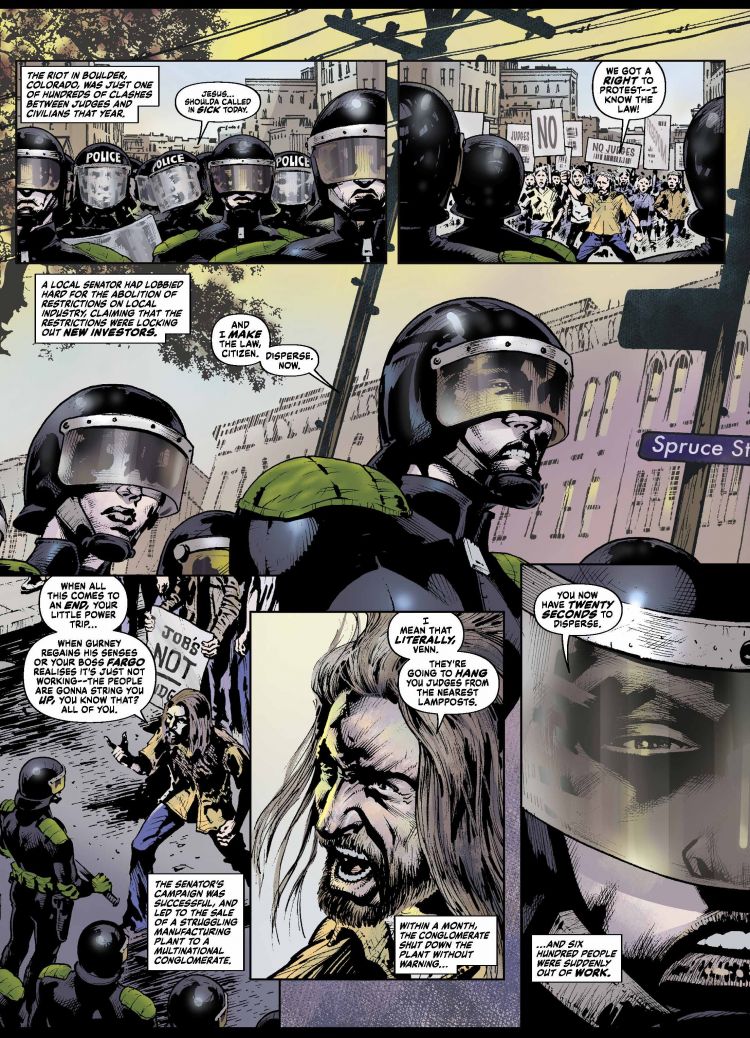 There’s some really poignant stuff here. It’s not hard to see our current society being very close to the one shown here in Dreadnaughts. Michael Carroll has done a great job of fleshing out this world in a way that doesn’t just show things as black and white but many shades of grey. We can see that society is crumbling, that crime is running rampant and the old methods don’t seem to be working. We can see that there are some benefits to the Judge program (speeding up the judicial system, letting fewer guilty people slip through unpunished)… but we also see all too clearly how that new power can be abused and is subject to the discretion of an individual as to what is deemed right or wrong. The idea that increased power to get justice served can very quickly lead to innocent people also suffering (if not disproportionately to the guilty) is shown quite early on, with a protest quickly turning bloody because a Judge deemed it was appropriate.

There are two distinct art style here. The art styles shift between clean crisp naturalistic impressions of the characters, to a more angular stylised caricature approach. The difference can be quite jarring but the latter also gives me tinges of nostalgia as it feels like that’s the style I first saw Dredd depicted in… very pronounced jaw and larger than life. The colour scheme shifts from the “historic” story to the “modern” tale… sort of showing the dark times that lead to the modern era. The bleak cold tones of the start of the book do put the reader in a sense of how dire the world is. The warmer, brighter colours of the second portion evoke a sense of hope as if perhaps the judge program has worked and has made society better.

I have mixed feelings about the character Judge Dredd now. Not in any bad way towards the comic, just in terms of the notion of Judges themselves. Seeing how many people are willing to go out under the guise of “protesting” to complain about being asked to stop the spread of a deadly illness makes me think perhaps we could use some Judges to bring a bit of order back. But knowing just how quickly and easily power can corrupt and how many issue we already have with police forces in many countries… I would be quite loathe to give them such total power. But in a way that’s what’s great about the Dredd books… they aren’t about a simple “hero”… they are people who are given the ability to mete out justice as they see fit and that comes with a lot of complexity. They remain a great read after all these years and the final portion of this comic also shows you just how strong the story writing is as there is some fantastic, gripping writing with not a single image in sight.

A definite purchase for fans of Judge Dredd. 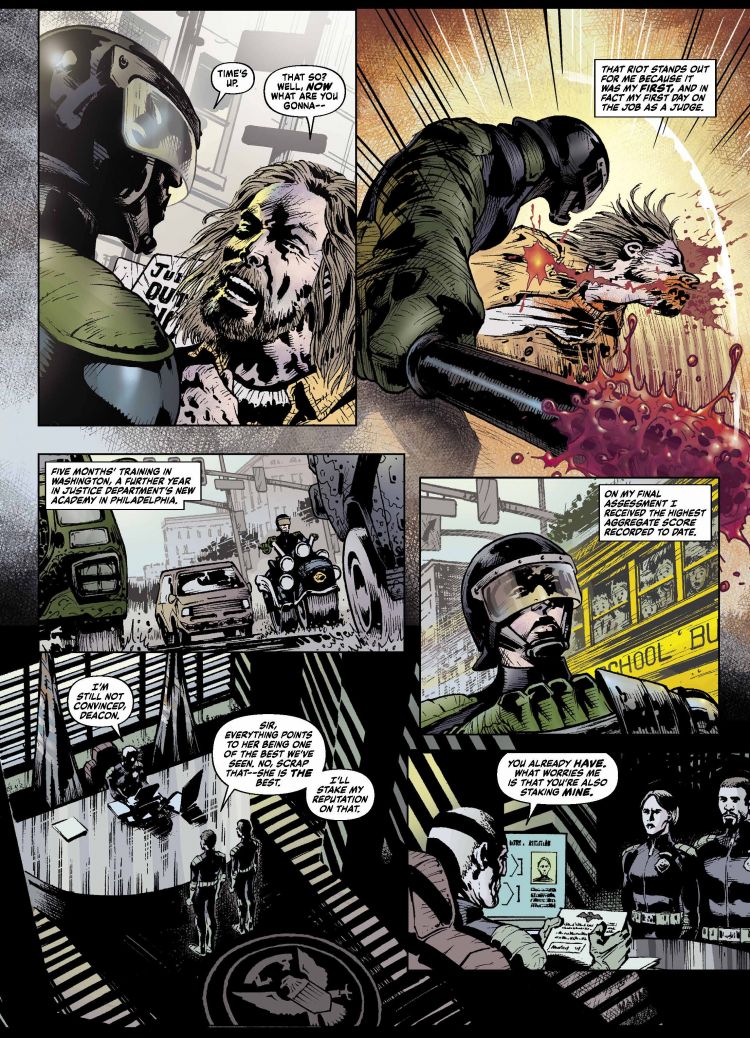