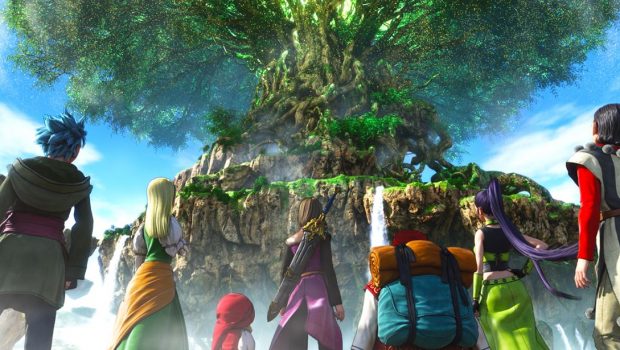 DRAGON QUEST XI COMING TO THE WEST IN 2018

SYDNEY, 31ST July 2017 – Fans of the DRAGON QUEST® series, and those looking for a new and exciting RPG adventure are certain to rejoice with today’s announcement from Square Enix Ltd., that DRAGON QUEST XI: Echoes of an Elusive Age™ will be coming to the West next year.

The highly anticipated latest entry to the beloved DRAGON QUEST series follows the adventure of a hero who must solve the mystery of his fate with the aid of a charming cast of supporting characters. DRAGON QUEST XI: Echoes of an Elusive Age will offer a world of adventure, exploration and instances of heroism— all brought to life by character art of famed manga artist Akira Toriyama and the memorable music of composer Koichi Sugiyama.

Speaking in a special video message to celebrate the announcement, DRAGON QUEST series creator, Yuji Horii, also introduces an overview of the game and offers an update on the games localisation process.

More details about the Western version will be revealed in Spring 2017 (ANZ). DRAGON QUEST XI: Echoes of an Elusive Age will be available in 2018 and will be localised in to English, French, Spanish, Italian and German.