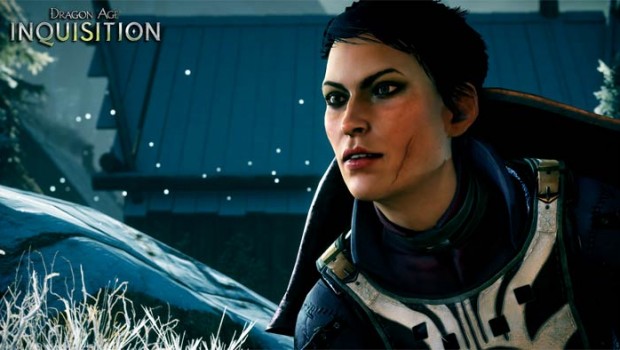 On the 30th of October, a rather large handful of press were given a sneak peak at Dragon Age Inquisition, the latest game of the series and needless to say, it was everything that I expected and more! Without spoiling the story, Dragon Age Inquisition revolves around a vicious civil war after your character who has been magically cursed has somehow managed to close a demonic rift to another realm. 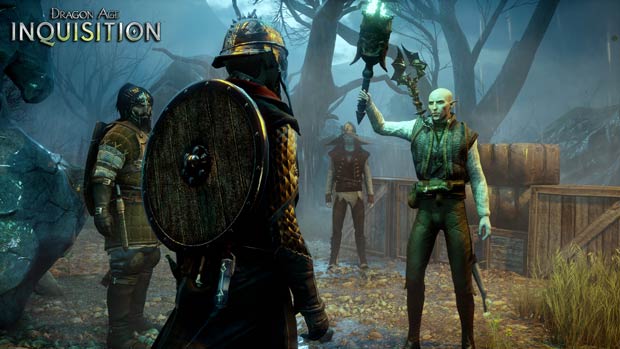 Although the portal has been temporary closed, it has moved from the earth to the sky and the threat still remains. Joined by Cassandra, a Seeker of Truth and two other characters, the mystery of this portal and the never-ending battle between the Mages and Templar truly creates a spectacular backdrop for the latest game in the series. Like Dragon Age 2, the story behind Inquisition is oozing with epic RPG glory. 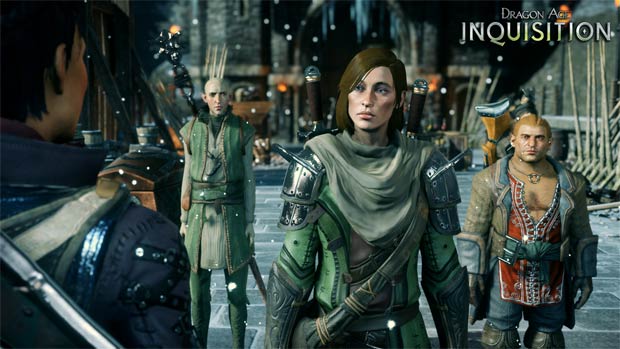 Of course, behind this portal is a clandestine power that threatens the very lands of Thedas and once again it is up to the player and their party members to discover those responsible and end this threat. Unlike the previous game which could be finished relatively fast, this current instalment definitely increases the longevity of the title and could take almost 100 hours to successfully finish if you get lost in its intricacies. Skill trees are more complex as are the abilities of your characters which makes the game quite engaging and a tad complex. 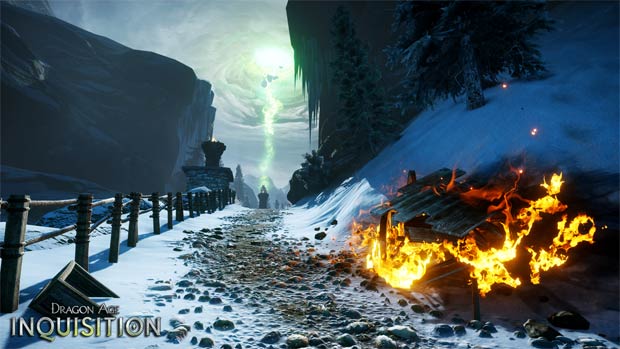 The game has also received a graphically facelift that looks spectacular on the PlayStation 4 and the code we tested was almost the final version. Both the characters and the interactive world of Dragon Age Inquisition boasted some stunning graphics, audio and a very powerful soundtrack. Compared to other RPG’s or 3D action games on the PS4, Dragon Age Inquisition definitely takes the crown, especially with the particle effects and realistic lighting. Developers Bioware have even enhanced the character creation system that gives the player even more choice to how their Avatar will look.

However the biggest change to the gameplay was the inclusion of the Tactical View which allows you to play the combat more like a traditional RPG. For example, this allows you to pause the battle in order to give each of your characters a fine-tuned role in the upcoming battle. The good thing about the Tactical View is that it is totally up to the player if they want to use this system as the game can still be played like the previous title. Spells also feel more powerful as do the weapons and equipment that your characters have access too.

The world of Thedas is also considerably bigger than the previous game with its developers splitting the world into manageable segments as you battle your way through enemies, meet NPC’s and engage in both the main storyline and a wide gamut of side-quests. It is a faux open-world game but the illusion works well. Romances are once again included in the game and the decisions you make with each character you encounter will ultimately effects the overall story of Dragon Age Inquisition. The game also includes a very user-friendly crafting system that purists will use to its advantage. 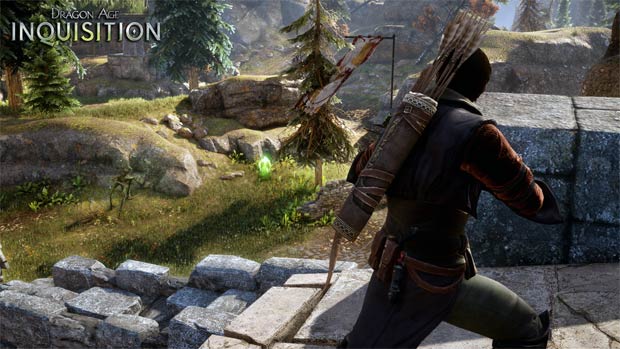 Controls have been well mapped on the PlayStation 4 DualShock controller, especially as you swap between characters, each with their pros and cons that should be mastered early-on in the game to win your battles later on. This is also where the Tactical View comes into play. Levelling up offers additional skills and statistics for your characters that made this current instalment of Dragon Age, a more fleshed out game with additional choices and gameplay options for the player. It’s a fine tuned beast! 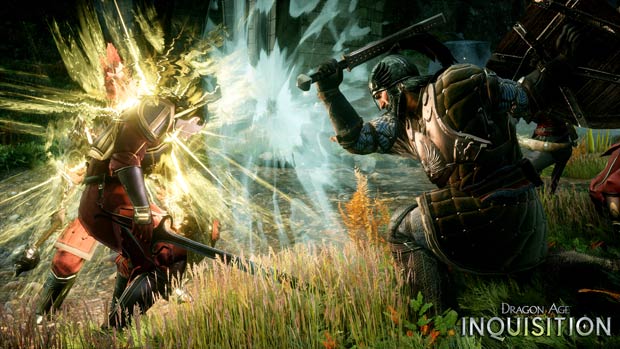 So as I played Dragon Age Inquisition exploring the Hinterlands, I was quite impressed at the scope of just how big this game was. More importantly the gameplay was quite fluid and I loved the inclusion of the tactical view which gives the user a more traditional RPG way to play the title. Characters felt real and it was easy to become drawn into their plights, especially that of the Inquisitor. As I explored this world, I was treated to journal entries that helped expand the universe of Dragon Age and it was comforting that many old characters made a return to the current game. 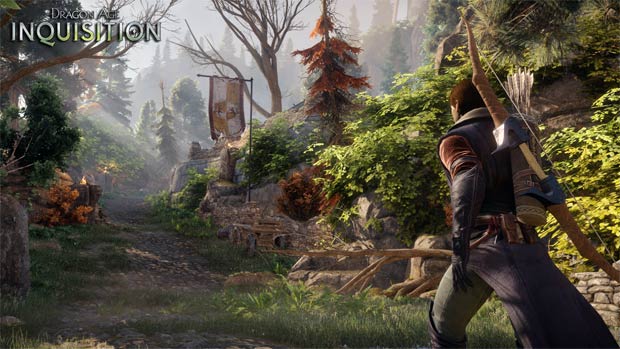 Although we had a 3-hours hands-on of Dragon Age Inquisition, I’m really excited for the final version of this game because it successfully takes the best from what both Dragon Age 1 and 2 offered and turns it into a more powerful RPG, especially with the strategic options of the Tactical View. It also looks spectacular on the PlayStation 4 and is still turning out to be one of the most anticipated games of 2014. 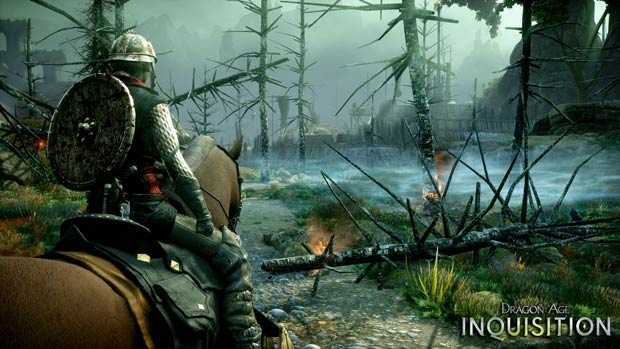 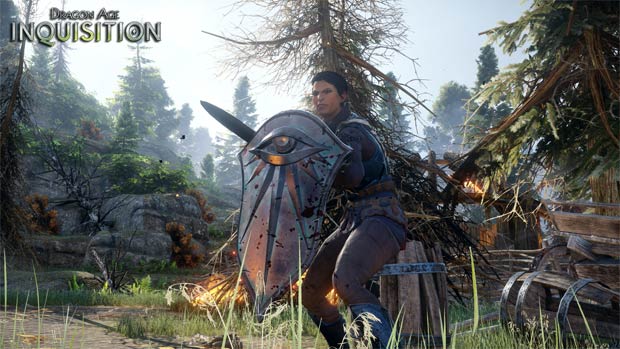