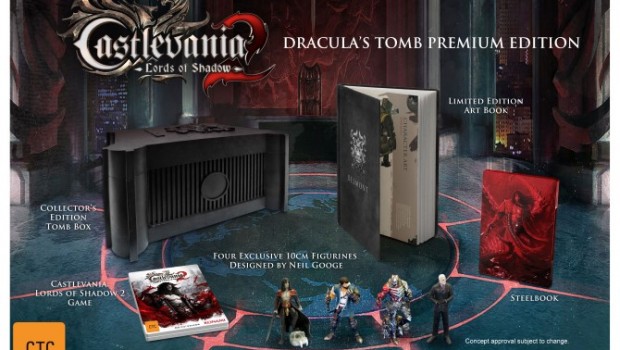 Dracula returns for Halloween, as KONAMI reveals the vampire’s role in Castlevania: Lords of Shadow 2

Konami Digital Entertainment B.V. has used Halloween to update fans on key new elements to its vampiric Castlevania: Lords of Shadow 2 and has outlined a series of pre-order incentives ahead of its February 27th release.

As attention turns to all things supernatural, KONAMI has released the packshot and a new themed trailer for the eagerly-awaited Castlevania: Lords of Shadow 2.

Named Dracula’s Vengeance, KONAMI has issued an all-new trailer, focusing on Dracula as the game’s central anti-hero. Exploring the definitive vampire, the trailer focuses on the unwilling Dracula as he is charged with engaging an even more evil force: Satan himself. The trailer can be viewed at: http://www.youtube.com/user/konami