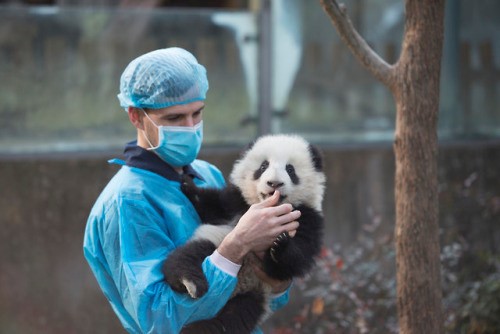 With the upcoming release of PANDAS 3D at IMAX Melbourne (6 June 2018), we catch-up with scientist Dr Jake Owens, one of the stars and specialists behind this documentary.

Tell us how you became involved in the IMAX original film PANDAS 3D?

Serendipity. Drew Fellman (PANDAS 3D writer, producer, and co-director) and others at IMAX had been interested in making this film for some time before I began working in China more than four years ago. In fact, Drew came to visit me in Philly while I was finishing my PhD, before I had even stepped foot in China. Over the next few years Drew and Dave Douglas (co-director) would visit China to see how our program was progressing and meet with the leadership at Panda Base to develop the trust and relationships they needed to make this film. I am first and foremost a conservation biologist and scientist. I never aspired to be on film, and honestly I was pretty uncomfortable with the thought of being 20 feet tall on an IMAX screen. However, in our field we rarely get the opportunity to share our work with the public at all, let alone with the impact an IMAX film can have, so I am grateful that they made it and ecstatic with the result. 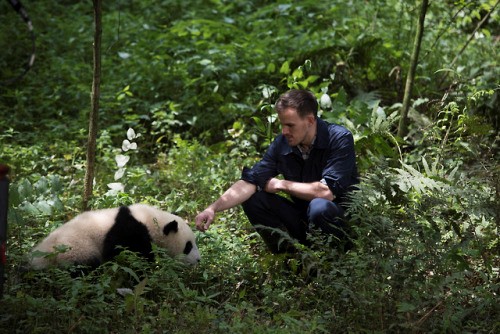 As a scientist what is your most impressive fact about pandas?

I don’t know if it comes from the scientist in me, but the fact that they poop 40 or more times a day is pretty impressive. That might be a silly (or gross depending on who you ask) fact about pandas, but it relates to what makes them such a unique and special animal. Pandas have evolved over millions of years to become bamboo specialists. Most of their anatomy, physiology, and behaviour is honed to flourish off a really low quality, but abundant food. They don’t actually digest much of what they eat, so they have to stuff their faces day and night to get the nutrition they need. Even just observing them eat bamboo is impressive; it’s mesmerizing to watch the dexterity in their paws and mouth that lets them quickly and efficiently eat massive amounts each day. 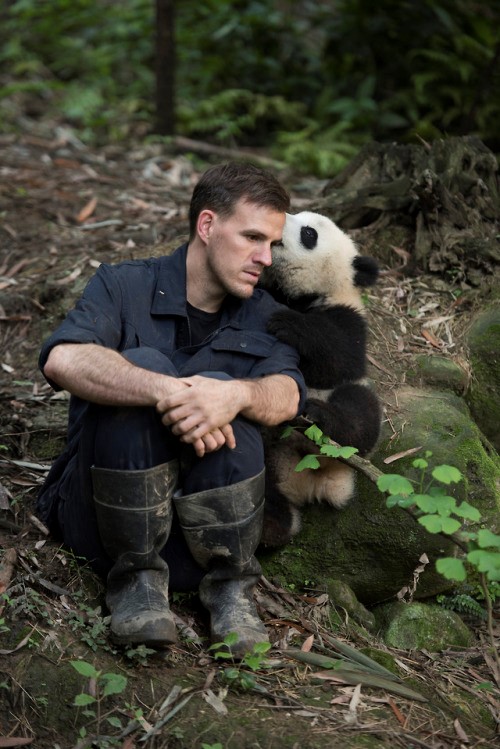 Despite a steady increase in their total population over the past 30 years, and their recent move from “Endangered” to “Vulnerable” on the IUCN RedList of Threatened Species, giant pandas are still in a precarious position. The most recent estimate, published in 2015, indicates that there are only about 2,000 pandas remaining in the wild. Habitat fragmentation, low genetic diversity, human encroachment, disease emergence, and other threats continue to jeopardize the persistence of many remaining populations. Climate change is one of our biggest concerns, as recent studies have estimated that the bamboo habitats pandas rely on may be reduced by more than 35% in the next 70 years. That is a huge loss in a very short period of time. The Chinese government and a variety of local and international groups are continually working to take the necessary steps to eliminate or reduce the threats to giant pandas throughout their range, but the battle against climate change is going to take a much larger, global effort. 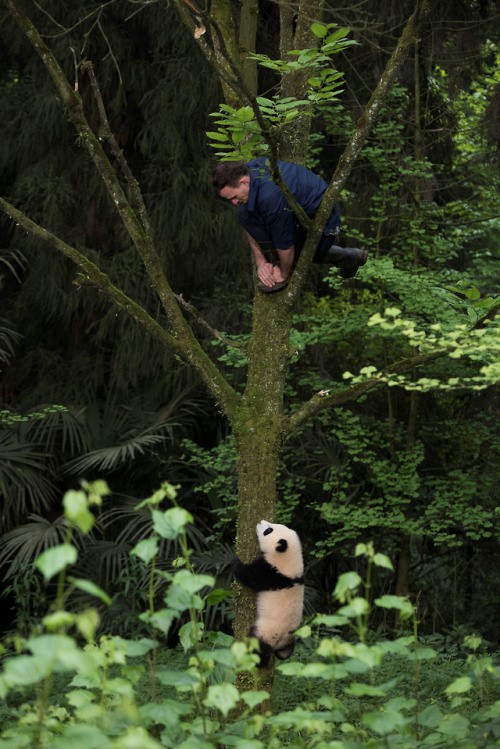 With the conservation efforts in China, what do you think the population of pandas will be in 50 years?

It’s very difficult to say how many pandas there will be in 50 years. Even in the short time I’ve been in China I’ve seen a significant expansion in the conversation about nature and the environment in the general public, and there is a clear mandate from the government to ramp up research and conservation efforts. The Giant Panda National Park, which is currently being developed and will link together most of giant panda reserves, is expected to cover an area more than 3 times that of Yellowstone National Park in the USA. This National Park will be a massive step towards ensuring the long-term existence of pandas by reducing fragmentation, increasing the connections between populations, and improving habitat quality. The release of captive born individuals into the wild is also an important part of the comprehensive conservation plan for the species. This process will help increase the size and genetic diversity of existing populations more rapidly, and allow us to establish new populations in areas pandas previously went extinct. All of these actions can help buffer the impacts of climate change.

With that in mind, I think it’s pretty realistic to say that the population will be substantially larger than it is right now in 2070. However, climate change remains a big unknown factor. There are so many open questions about the impacts of climate change on the future of giant pandas, such as: how quickly and to what degree will their resources be lost or displaced, will new diseases emerge as temperatures and moisture levels change, will the timing of food availability and their annual reproductive cycles remain intact, will new competitors move into their habitat? Without answers to these and other questions it is very difficult to predict the number of pandas that will exist in the later part of this century or beyond. 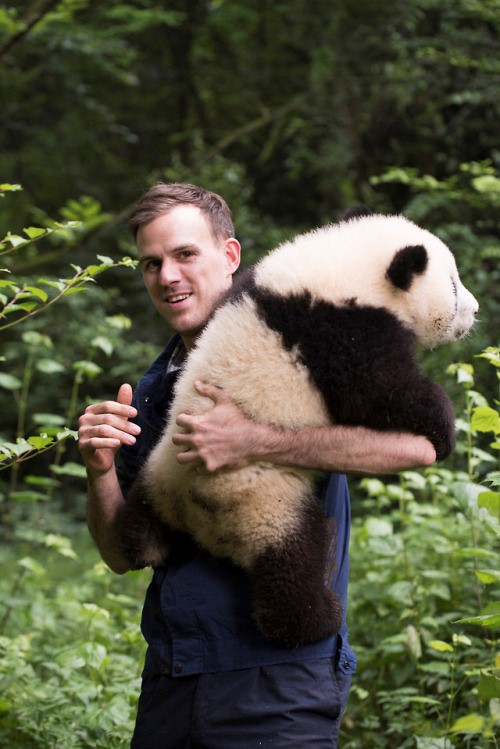 As a species, what more can mankind do to ensure the survival of pandas?

There is always more to do for conservation. First and foremost we need more people to care and take action. In everyday life that might mean using less energy, choosing the environmentally friendly option whenever possible, recycling, voting for political candidates who support the environment, etc. While some of these things might not directly conserve pandas, anything we can do to improve the environment and reduce the effects and speed of climate change will help pandas and other species (including humans) around the world. Second, we need more dedicated and hard-working people to join us in our fight against extinction! The more we encourage young people to pursue science and environmental protection, the bigger our army will be and the better our chances of winning. Take kids to museums and science centres, see Pandas 3D and other films like it, encourage them to experience nature by going on hikes or even just out in your own backyard, support their thirst for discovery and a love of the natural world. Finally, support zoological institutes, non-profit organizations, and the people and groups who have dedicated themselves to doing conservation in whatever ways you can. Donate funding or time, follow them on social media, spread their message. These actions can have a big impact on their efforts, and motivate them to keep up the hard work. 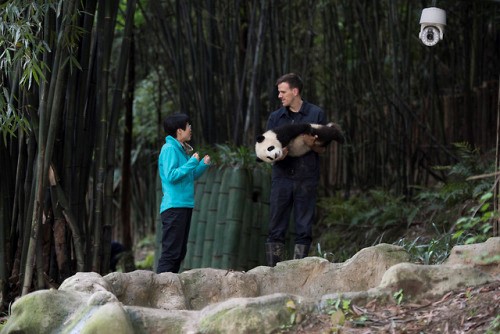 What is your favourite aspect about PANDAS 3D?

As a nature film and documentary lover, I think PANDAS 3D is fantastic. It is visually stunning and the story is true, captivating, and emotive. My favourite aspect of the film is its message of hope through collaboration. It shows that not only is it possible for people around the world to work together towards a common goal, the effort is improved because of it. Collaboration enables us to combine our knowledge, experiences, and methods to put our strongest foot forward. That is the nature of conservation, and what I have experienced working around the globe. To see that so clearly and beautifully conveyed is amazing. 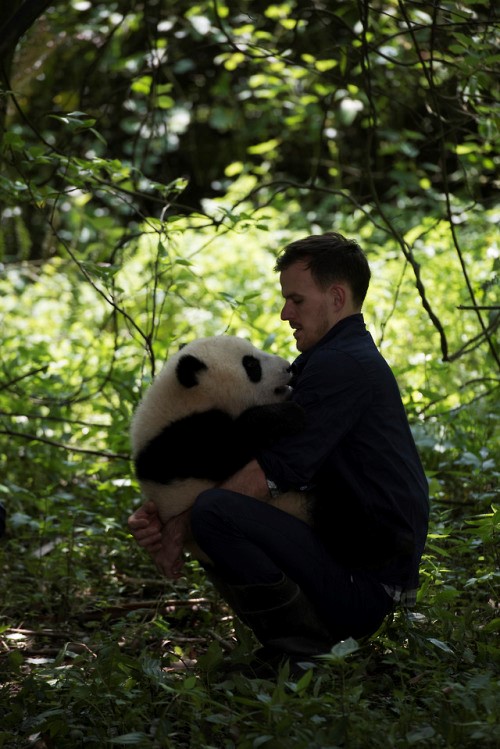 Pandas feel a bit like very large, furry, floppy dogs. Their fur is dense and very soft, like a plush toy, their skin is thick, and they are very muscular. The pads of their paws feel a lot like a dog’s. They have incredible strength and dexterity, and evolved a special appendage on their front paws that we call a pseudo-thumb, so they can easily grab and hold on to you. They also have big, sharp claws and world-class bite strength, so you have to be careful around them; even a small cub can accidentally hurt you.