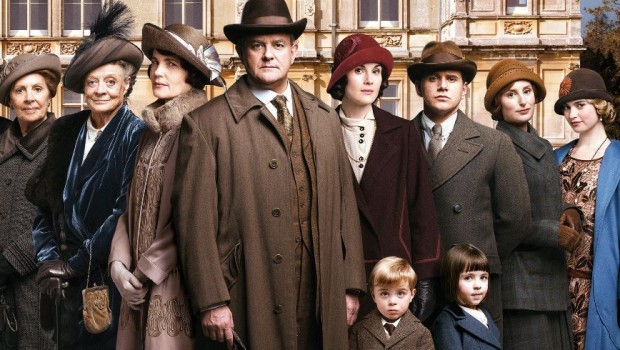 Universal Sony Pictures Home Entertainment is releasing Downton Abbey Season 5 – available to own on Blu-ray™ and DVD from June 4, 2015.

Set in 1924, the sumptuous Downton Abbey Season 5 returns with a season filled with social change, hidden secrets and controversy. Boasting two Golden Globes® and 10 Emmy® Awards, Downton Abbey returns with an epic fifth season and includes The Manners of Downton Abbey exclusive feature, Christmas Special and a sneak peek of the season 5 special episode. Ready to captivate Australian audiences once again with its much-loved cast.

A new Labour Government heralds changes that are being felt throughout the country, and life at the Downton estate is no exception. Robert (Hugh Bonneville), Mary (Michelle Dockery) and Branson (Allen Leech) must navigate these shifting sands to ensure the future of the estate for generations to come.

As Branson finds himself playing a more crucial role at Downton than ever before, he can’t help question his place in this world. Mary is finally coming to accept that she would like to marry again, but will she ever be able to find the same happiness that she had with Matthew (Dan Stevens)? Meanwhile, with still no news of her beloved Gregson (Charles Edwards), Edith (Laura Carmichael) suffers under the burden of her hidden secret.

Downstairs, the servants are starting to consider what effect social changes may have on their working lives. While Daisy’s (Sophie McShera) mind is opened to new possibilities, Mrs Patmore (Lesley Nicol) views such new and uncertain paths with trepidation. Anna (Joanne Froggatt) and Bates (Brendan Coyle) have weathered many storms and are finally starting to plan their future. But with so much painful history, will they ever be able to completely move on, or will past secrets once again threaten their chance of ever finding happiness?

Already renewed for a sixth season, Downton Abbey Season 5 is available to own on Blu-ray™ and DVD from June 4, 2015.