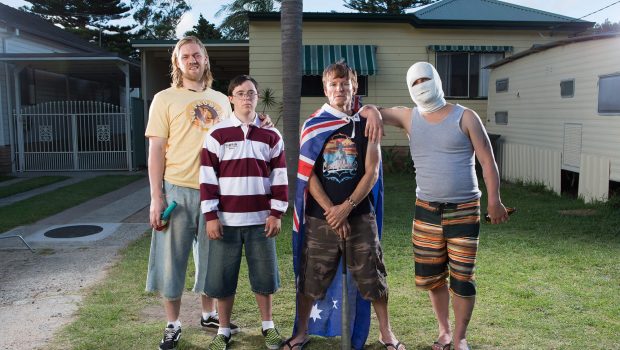 Down Under – Film Review

Down Under labours its one single point: that the Australian and Middle Eastern brawlers involved in the subsequent revenge attacks after the 2005 Cronulla Riots were idiots and as badly behaved as each other. This seems like an interesting premise with the potential for a cautionary tale against violence and the mob mentality that sees people senselessly dehumanise themselves. But it’s the exhausting pitch that the director Abe Forsythe has set his film at and his inability to rein in his actors that makes this a near-unwatchable endurance test. This is making the film sound as though it is a gritty, brutal drama. Instead, Abe Forsythe has attempted (failed) to use comedy to highlight the idiocy of the attackers. Down Under is not only a one-joke movie about bad behaviour, but it’s also terribly unfunny and witless. The failure here isn’t from unpacking a troubling historical moment with humour. It’s the erratic switches in the tone that confuse the film’s mood and intentions. When the adolescent humour fails, the film tries pummelling us with ultra-violence as a desperate lunge to stress the story’s self-importance. It’s easy to criticise Forsythe on the appropriateness of comedy, but more problematic is the way he uses such broad humour as an excuse to remove any subtly, nuance and intelligence from his analysis. We’re meant to laugh at how dumb the characters are, but surely a film doesn’t have to be as lumpen as its hapless characters. 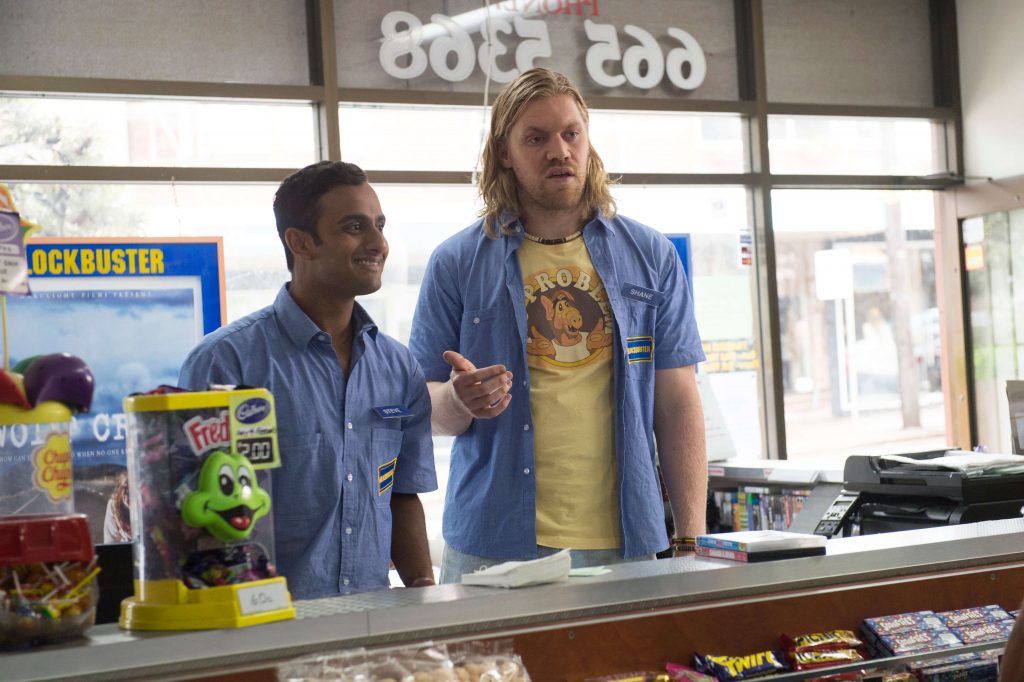 The plot cuts between two camps: the singlet-wearing Australian bogans who want to “smash some wogs” and the Middle Eastern bros who also want to get the fight on after the riots. The Australians include a stoner named Shit-Stick (Alexander England) who brings along his cousin Evan (Chris Bunton) who has Down syndrome and also happens to be the smartest person in the group. They’re led by Jason (Damon Herriman), a hyperactive yahoo who also has a pregnant wife at home that at one point wants him to buy her a kebab. On the other side, Hassim (Lincoln Younes) works hard in a fast-food shop and on his studies, only to be egged on by his friend Nick (Rahel Romahn) to be brought into the fight. All too predictably, these two groups of losers will meet and have a bloody showdown with one another. Down Under’s aims aren’t any higher than the people it ridicules. The film perpetuates both groups as violent stereotypes that deserve our scorn, which admittedly isn’t fair from the truth. The people in the riots who draped the Australian flag over themselves embarrassed this country and created caricatures of themselves. Convincing us that these thugs deserve more attention, even to laugh at them, is a deal breaker. One could argue they were already parodies of themselves. As such, the characters here are so vile, unappealing and one-dimensional, never edging towards development, that they don’t deserve our time let alone our sympathy. Their ugliness is compounded whenever a character opens their mouth to sprout the constant homophobic language of Abe Forsythe’s own script. A long, unfunny and pointless scene featuring David Field as a gay drug dealer ignites the film’s own phobias. The film’s only use is in tearing down falsehoods that the violence of the day was about national pride, such as a moment when the Aussie fools are given a WWI weapon or when someone says the fight is like Gallipoli. Did we need a whole movie to be told that though? These parts aren’t funny, but they’re bigger targets and ideas than the lame stereotypical characters who are bad company for an entire feature film. 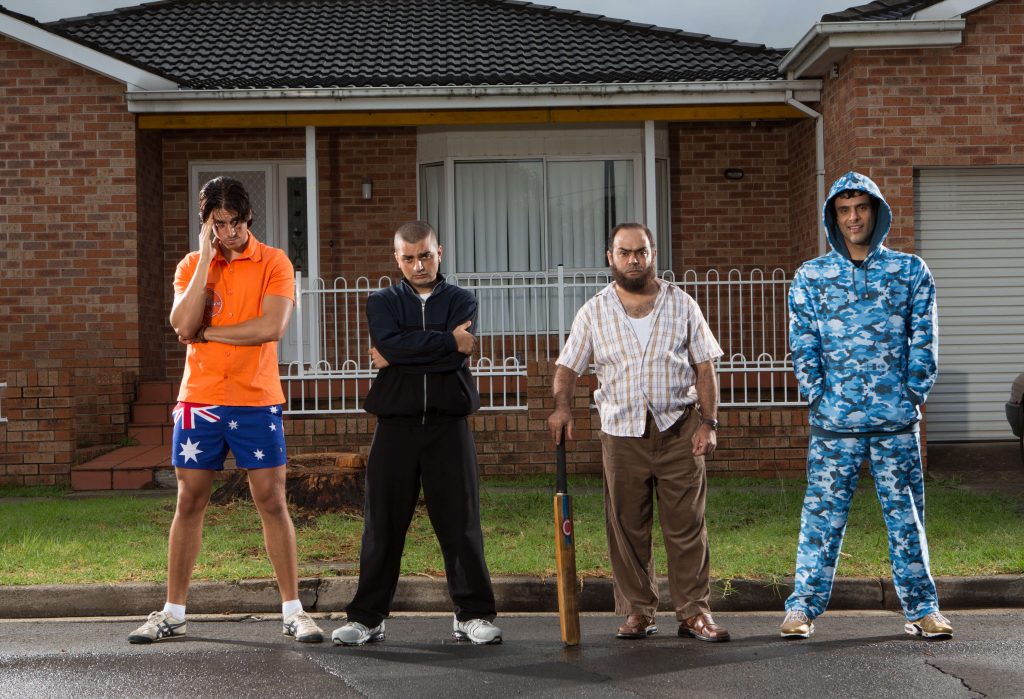 Working as the director, Down Under is Abe Forsythe’s first film since the 2003 comedy Ned Kelly. He has plenty of rust to shake off, starting with choosing the right subject matter. Waiting this long to make a movie about a very specific event was a mistake. Racial hatred and race-related protests are both perpetual in this country and worth discussing, but nothing has matched the magnitude of the Cronulla Riots or had the same amount of media and cultural attention. Likewise, the revenge attacks from both sides made it its own contained event, which hampers the film as a mirror of other race-related acts today. It’s also the hypocrisy that makes Abe Forsythe’s film style suffer. The way he’s approached a critical cultural event is to appeal to the lowest common denominator—the very people he wants to ridicule. This is a loud, shrieking comedy sketch posturing as a full length movie with a profound message of what exactly? Be nice to others? Don’t be encouraged to thump people? It’s a terribly long ninety minutes to sit through because Abe Forsythe has little control over the tone and has abandoned retakes, allowing the actors to swallow the scenes whole; though comparable in style, the performances make the actors of Housos and Fat Pizza look gentle and Bergman-esque. While the film screams at the top of its lungs for attention, desperate to be the loudest and funniest person in the room, it still has the nerve to throw away its slapstick façade and end as a violent drama, which doesn’t feel earned when we’re suddenly asked to feel something for at least one of these characters in the context of an over the top cartoon showdown. Comedy isn’t simply about laughs or being as dumb as possible, though many try for that. Comedy has the same rules as drama. It needs discipline to execute its subject matter and enhance its purpose. This film’s only concern is its own volume levels, which is terribly ironic considering its influences.

Summary: The failure here isn’t from unpacking a troubling historical moment with humour. It’s the erratic switches in the tone that confuse the film’s mood and intentions.