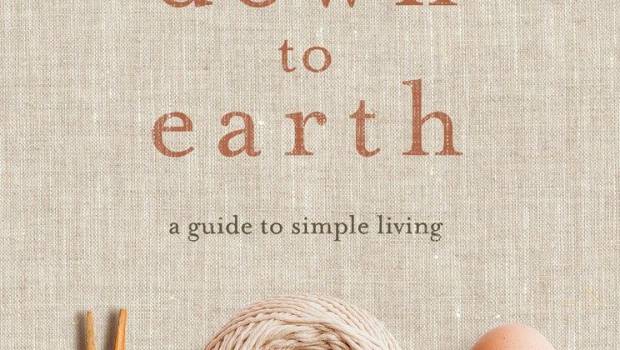 Down To Earth: A Guide to Simple Living Book Review

Down To Earth: A Guide to Simple Living Book Review Chris O'Connor
Writing

Summary: A tips book for trying to live a more self sufficient life.

I need to start this review with some context… for reasons that will soon present themselves.

I always say that I was raised by pseudo-hippies. My parents were right into self sufficiency, we had chickens, a significant vegetable patch, a big compost heap and fruit trees. I remember watching the British show “The Good Life” growing up and if you’ve ever seen that, it would give you a good idea of the idea of how to live my parents kind of went for (though less extreme… we remained connected to the grid and dad and mum both continued working. I also spent some time working for a bank so I have a decent bit of knowledge about finance… not extensive, but perhaps more than the average person. I also distinctly remember watching a show about “culture jamming” when in high school which was all about subverting advertising and showing it for the manipulative beast it is.

The reason I just laid all that out is that the first half or so of Down To Earth covers things that I would have thought are fairly obvious. It reminds me of what I got the impression was a “self help book” boom around twenty odd years ago. It was a time in which it seemed everyone was putting out a “self help book” and if you read what they were suggesting it just seemed like really common sense stuff (I since learned that common sense isn’t really a thing anymore… plenty of people don’t grasp various concepts. A prime case in point is in the section on money in which Rhonda Hetzel informs us that in regards to money we must realise “what goes out must be less than what comes in.” Like I said… I’ve worked for a bank and perhaps my financial skills are better than I give myself credit for… but surely everyone can understand the basic premise of “if you are spending more than you are making… then you are going into debt.”

Things weren’t helped by the whole start of the book seemingly setting up the scene by saying/implying that Rhonda had spent the first part of her life working and buying “all the things” that she was lead to believe would make her happy. I mean I know that’s the image advertising pushes on us but I just didn’t realise it was so taken to heart by so many people (again that previously mentioned context may be important here). I was getting pretty close to writing the whole thing off when I finally got to some decent information… how to prepare your garden and get the most out of your plants. Now granted even this section may seem clear to some people (and a lot of it was familiar to me… but I like having handy reference material in one place)… but it was laid out in a more matter of fact way and was more focused on details rather than telling Rhonda’s life story.

The thing I got from this book wasn’t so much information, a great read or anything like that. It was the reminder that we all have a different path through life, we encounter different things and what seems straight forward to one person isn’t something the next person may have ever experienced. This book may be great for some readers, to me it seemed too much like a former rat race front runner learning that there are people who actually prefer to live more sustainably and then deciding to take that rat race mentality and try to profit from the notion of living a simpler life by packaging it in a fancy book. Or there is the other highly likely fact that I’m clearly a very cynical person who just feels that there’s nothing really new here and that Rhonda is a bit late to the game. Ultimately though if it gets more people living a more sustainable life that puts less strain on the environment, it’s a good thing.

I wouldn’t really recommend it unless you are totally new to the lifestyle and want to be eased in a bit.

P.S. Further context for this review, my mother went back to university and got a writing degree and wrote many articles for a magazine called Grass Roots, it’s an Australian publication about self sufficiency and self reliance. Through that book she developed pen pals with readers and even started having what she would call the “boat people” gatherings, which is when people would travel from the mainland to where my parents lived in Tasmania and they would all have a meal and chat about these very topics. If you really want to get into self sufficiency and sustainability I’d be more inclined to point you towards Grass Roots Magazine!