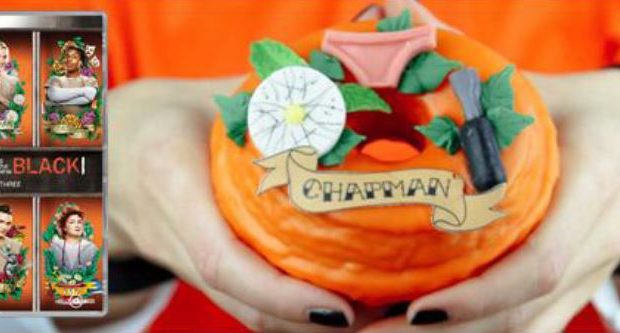 Doughnuts Are The New Black

To celebrate the release of the third season of Orange Is The New Black (now available on Blu-ray and DVD), Doughnut Time and Roadshow Entertainment have teamed up to create a limited edition six pack of guilty pleasures (ahem) – The Litchfield Six.

The Litchfield Six, a limited edition six-pack created by Doughnut Time for Roadshow, features custom doughnuts inspired by each character. The doughnuts feature an orange vanilla-cream glaze (a reference to the iconic prison jumpsuit) topped with royal icing, sugar flowers and novelty chocolates.
Take each character home under lock and key, in a “locked up” Doughnut Time box created especially for Orange is the New Black!

These special edition six packs will be available at selected stores this Saturday May 21st while stock lasts:

Orange Is The New Black: The Complete Season Three

The Emmy winning and very excellent Orange Is The New Black returns for a third series and with it comes a new regime for Litchfiend prison. New spiritual movements, business and love interests and parental problems turn life behind bars upside down and ignite a power struggle amongst both Litchfield’s guards and inmates. This season, the stellar cast is joined by Australia’s own Ruby Rose. Orange is The New Black (Season 3) is now available on Blu-ray (SRP $39.95) and DVD (SRP $39.95).