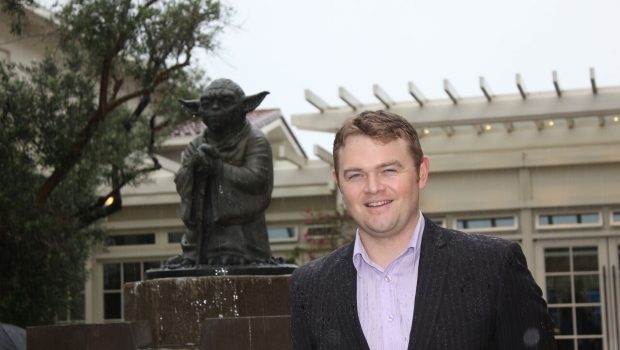 We interview NZ father-of-three Doug Thomson has won a competition with Disney / Lucasfilm and was flown to San Fransisco to attend a private screening of the film. Doug represented Australia/NZ after his LEGO stop motion film was voted the best UGC for the region by a panel of judges including Rogue One’s director, Gareth Edwards. He spent about 50 hours creating it and had a friend create the voiceovers. 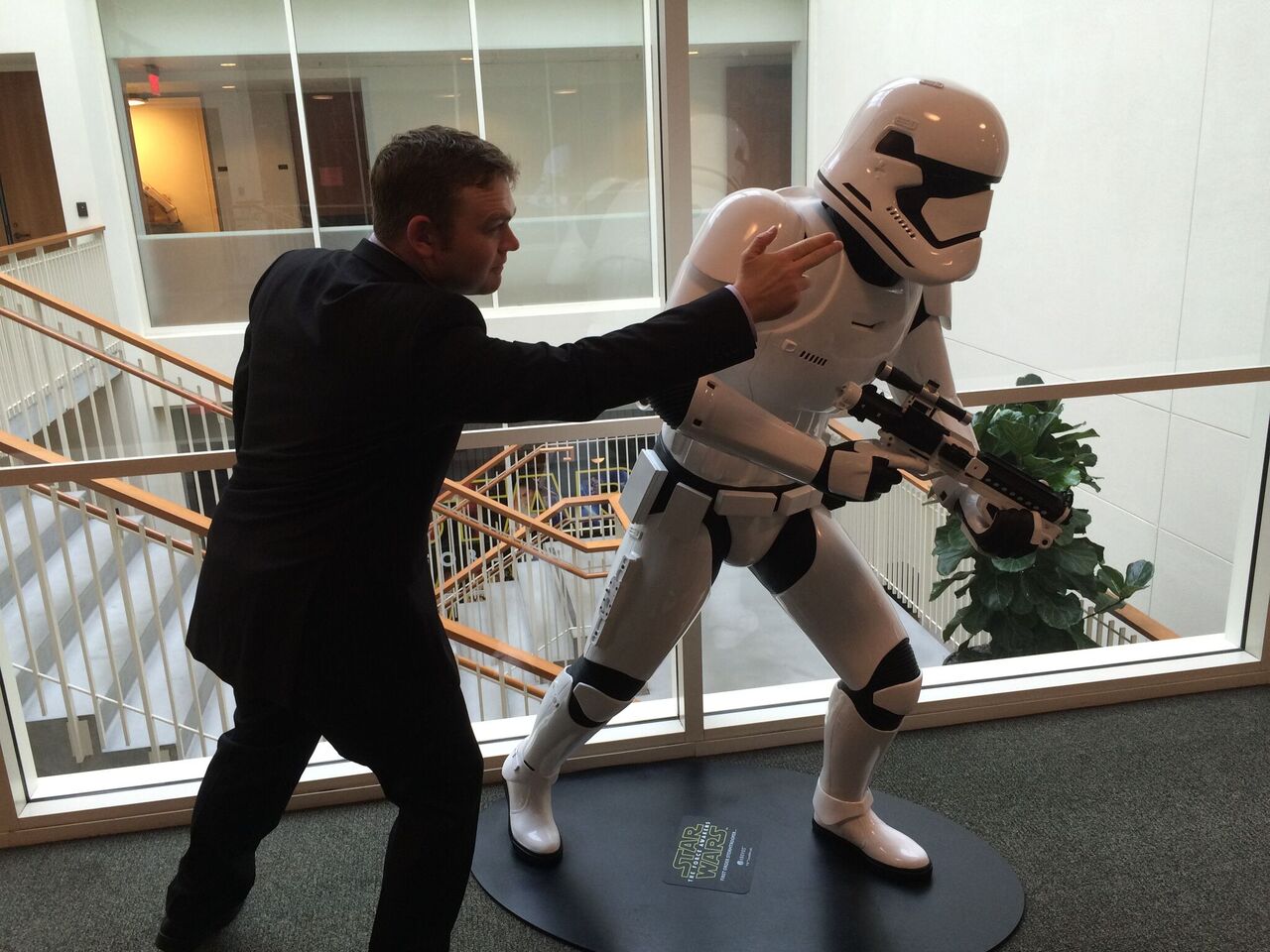 1. Welcome to Impulse Gamer! So tell us, what drew you to LEGO?

Thanks, I have been a fan of LEGO since I was about 4 years old, I love how you could build just about anything if you had the bricks and imagination, from then until about halfway through high school playing and building with LEGO was one of my favorite pastimes. Unfortunately LEGO didn’t start making Star Wars sets until after I stopped playing with it as a young teen.

Fast forward 20 or so years and my 5 year old daughter got her first LEGO set 41028-1: Emma’s Lifeguard Post and immediately I was transported back to my childhood. For a laugh my daughter and made a stop motion video of the set building itself, my daughter liked the video and said next time we should move the minifigs. After that it didn’t take long for me remember how much fun building with LEGO was and over the last two years I have continued to make LEGO stop motion animations for my youtube channel LEGO BUILDZ https://www.youtube.com/user/jb00784

2. At the present, what’s your favourite LEGO set?

Hmmm, thats a tricky one because there are so many awesome LEGO sets. I’ll have to give you two answers, my favourite set that I own is 75052-1: Mos Eisley Cantina Its got Obi Wan, Luke, Han, Greedo, Luke’s Landspeeder, a Dewback and best of all the Cantina band!!!!!!

My favourite LEGO set that I still don’t own but would love to own is 75159-1: Death Star it has everything, Vader, Luke, Leia, Han, Chewie, R2, C3P0, the Emperor, even Grand Moff Tarkin and a TIE fighter!!! Lets face it its such an awesome set however its a little out of price range, its nice to dream :)

3. What made you enter the Disney/Lucasfilm competition?

My friend Blair Norton (The guy who voiced Vader in my film) earlier in the year we had made another LEGO Star Wars Stop motion animation together for the Star Wars Fan Film Awards https://www.youtube.com/watch?v=s0bu7Vemoz8 . I told Blair that there was another Star Wars film competition on however I didn’t think that I would have the time to get it done as I was trying to finish a LEGO stop motion music video for a band in Auckland and my wife and I were soon to be expecting our third child. Blair said to me “Do it man, just make it basic” I replied “I guess if I could come up with a good idea and shot it really basic then I made be able to” and the rest is history.

4. How did you come up with the idea?

I have always loved the relationship between Vader and Tarkin in Episode IV, that is where I started off thinking about possibly a conversation between Vader and Tarkin regarding something to do with the Death Star. Once I had to started to refine the idea it became clear that it had to be a conversation between the Emperor and Vader as it was the Emperor’s weapon after all. During the time that I was working on the concept my wife and I were discussing names for our third child and of course that was a lot of discussion regarding this and many of the conversations included “I don’t like that name, its lame” or “Thats a horrible name” and these conversations must have stuck with me when I was thinking about the concept for the film because it hit me one day at work. I quickly threw the concept down on paper and then sent a note to my friend Blair and asked him what did he think, he replied “Its kinda funny, you should do it man!” And that is how the idea came around. 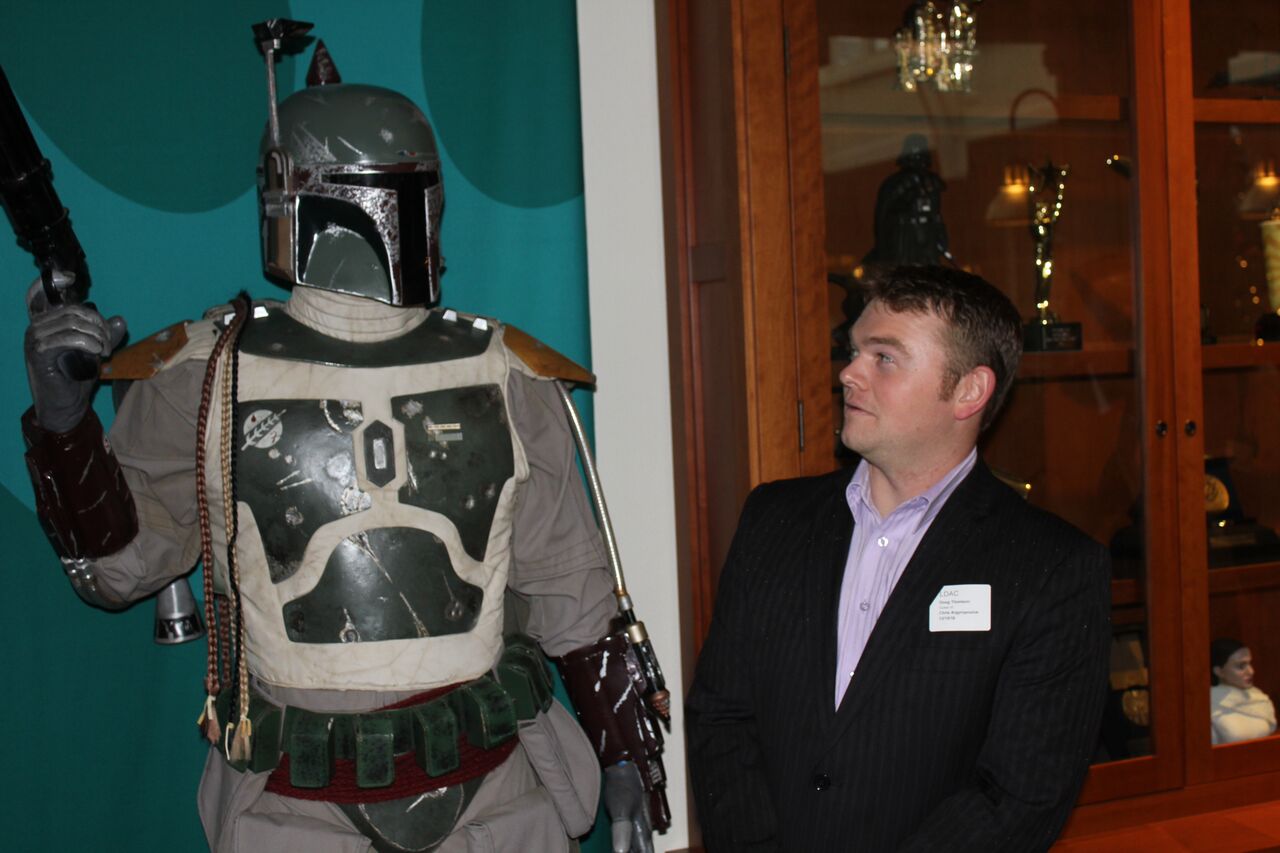 5. What was the biggest challenge in creating the stop motion film?

The biggest challenge was cutting the film down, my original script timed out at 3 minutes and the competition limit was 2 so I had to remove about a minute of extra dialogue which is tricky because you need the film to flow and still make sense and keep its original essence. Fortunately before I hacked the film down to 2 minutes I saved a 3 minute “Director’s Cut” and dedicated it to my new son https://www.youtube.com/watch?v=pUGXRV0_PyQ

The most rewarding part of making this film was being able to watch it on the big screen at Lucasfilm, it was truly amazing!!!!!!!!

7. What were your first thoughts when you found out you would be flying to San Francisco to attend a private screening?

I nearly fell off my chair when I read the email, I just couldn’t believe it. But then reality kicked in and I realised that I may not be able to go if my baby wasn’t born in time, our baby was due on the 11th of Dec and I was supposed to fly out on the 13th!!!!! Fortunately our baby boy arrived on the 8th of Dec so it was clear that the force was strong with him, I can’t wait to tell him the story of his arrival when he is older as it was a very eventful time.

8. So who was your favourite character from the film and why?

I thought the new characters where great, I especially liked Jyn, Cassian and Krennic however I would have to say that my favourite easily would have to be K-2S0, he was a standout as he was very funny, he had some fantastic lines and Alan Tudyk did a fantastic job of bringing him to life. I know it sounds a bit sad as he was only a droid but I was really gutted when he died, however it was fitting as he goes out in such an epic way!

9. You’ve also got three children Doug, have you started the Star Wars and LEGO indoctrination yet?

Ha ha ha ha ha, well all three of my children are still a little young to watch the Star Wars films yet however they know many of the characters already from my t shirts and LEGO. As for the Lego both of my eldest two children are into LEGO and have some of their own sets, my 4 year old son especially likes my Star Wars LEGO, he only gets to play with it when Dad is home though! 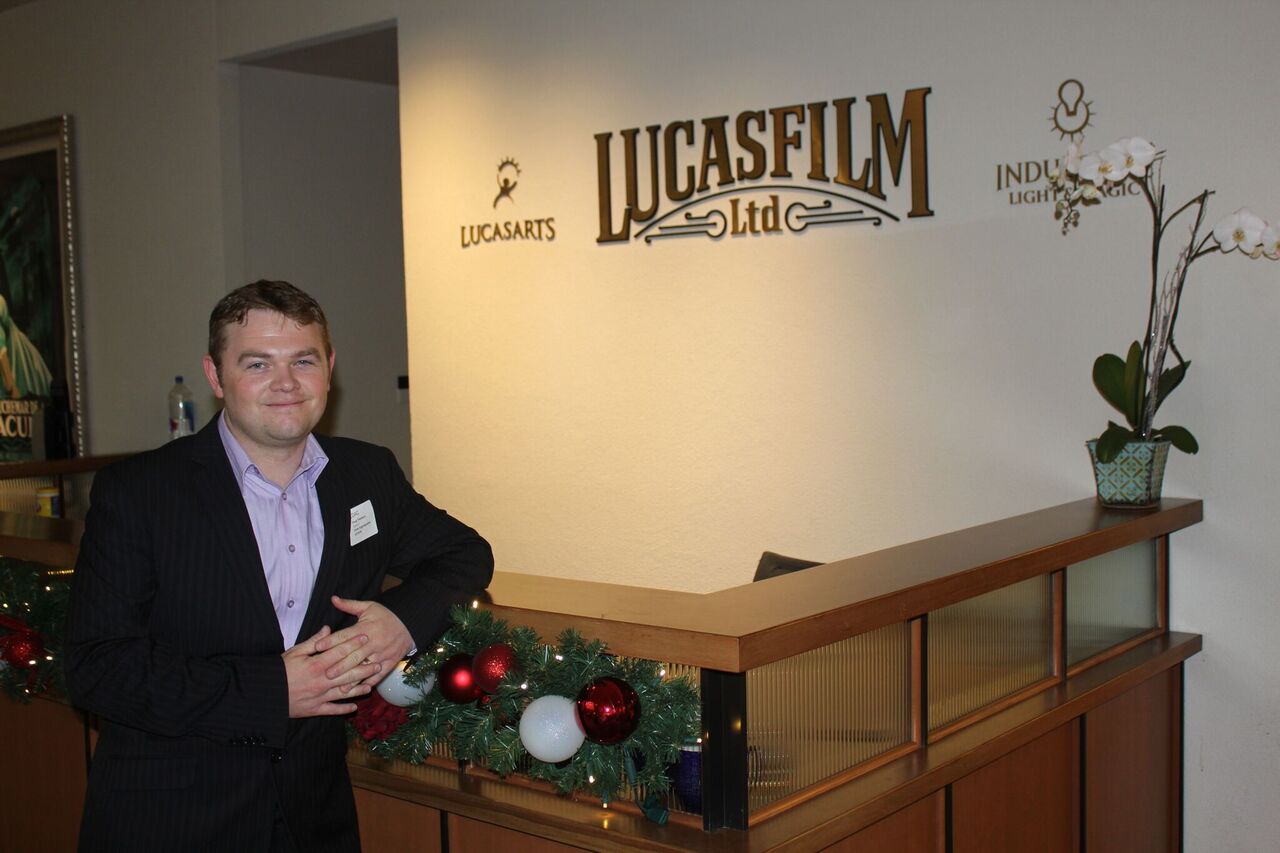 10. Lastly, how would you sum up this entire experience?

This whole experience was a dream come true, utterly amazing and in many ways it felt like a dream, it was that special. It was such an amazing time that has left me with many memories to treasure for the rest of my life.