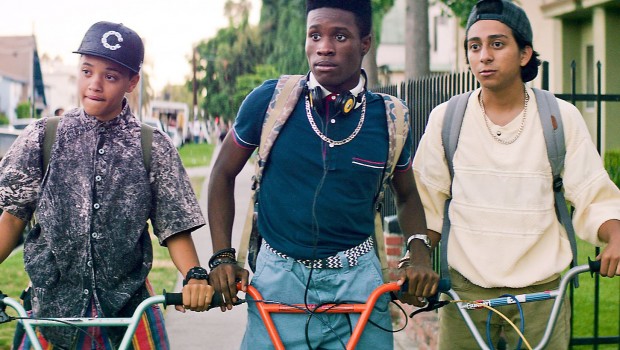 Universal Sony Pictures Home Entertainment is releasing Dope – available to own on Blu-ray™ with UltraViolet™, DVD & Digital from December 17, 2015.

Malcolm (Shameik Moore, The Get Down, Incredible Crew) is a straight-A high-school senior who digs old-school rap music and is carefully surviving life in a tough neighbourhood in Los Angeles, whilst juggling college applications, academic interviews and the SAT. Hanging by his side are his close friends Jib (Revolori) and Diggy (Kiersey Clemons, Transparent, New Girl), who spend their time cruising on their bikes, getting good grades, playing first-gen Nintendo games and rocking out in their band, Awreeoh.

However their lives take a sharp turn when they receive an invitation to an underground party, which leads the trio into the shady underground world of drug dealing. What follows is an unexpected adventure that could allow Malcolm to go from being a geek, to being dope and ultimately being himself.