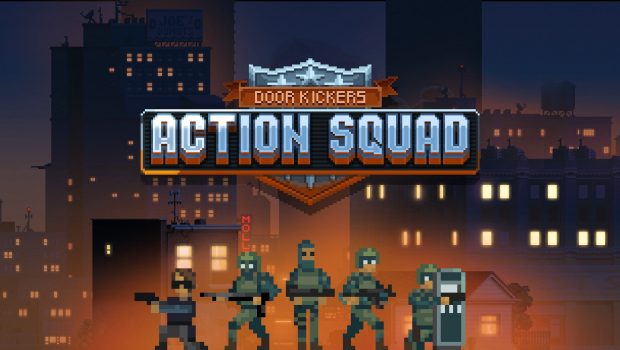 Summary: With the charm of retro gaming, take on the violent job of freeing hostages and eliminating bad guys.

For those of us who have been gaming for some time… we can look back and remember the progression of graphics. The familiar CGA, EGA, VGA, SVGA and beyond… the blocky graphics that somehow managed to form shapes we could recognise and enjoy playing with. Now, despite all the amazing advancements and photorealistic capability of graphics rendering… we still occasionally get releases that use that old pixel graphics… and somehow they manage to make it look good! Door Kickers: Action Squad is certainly one of those games. 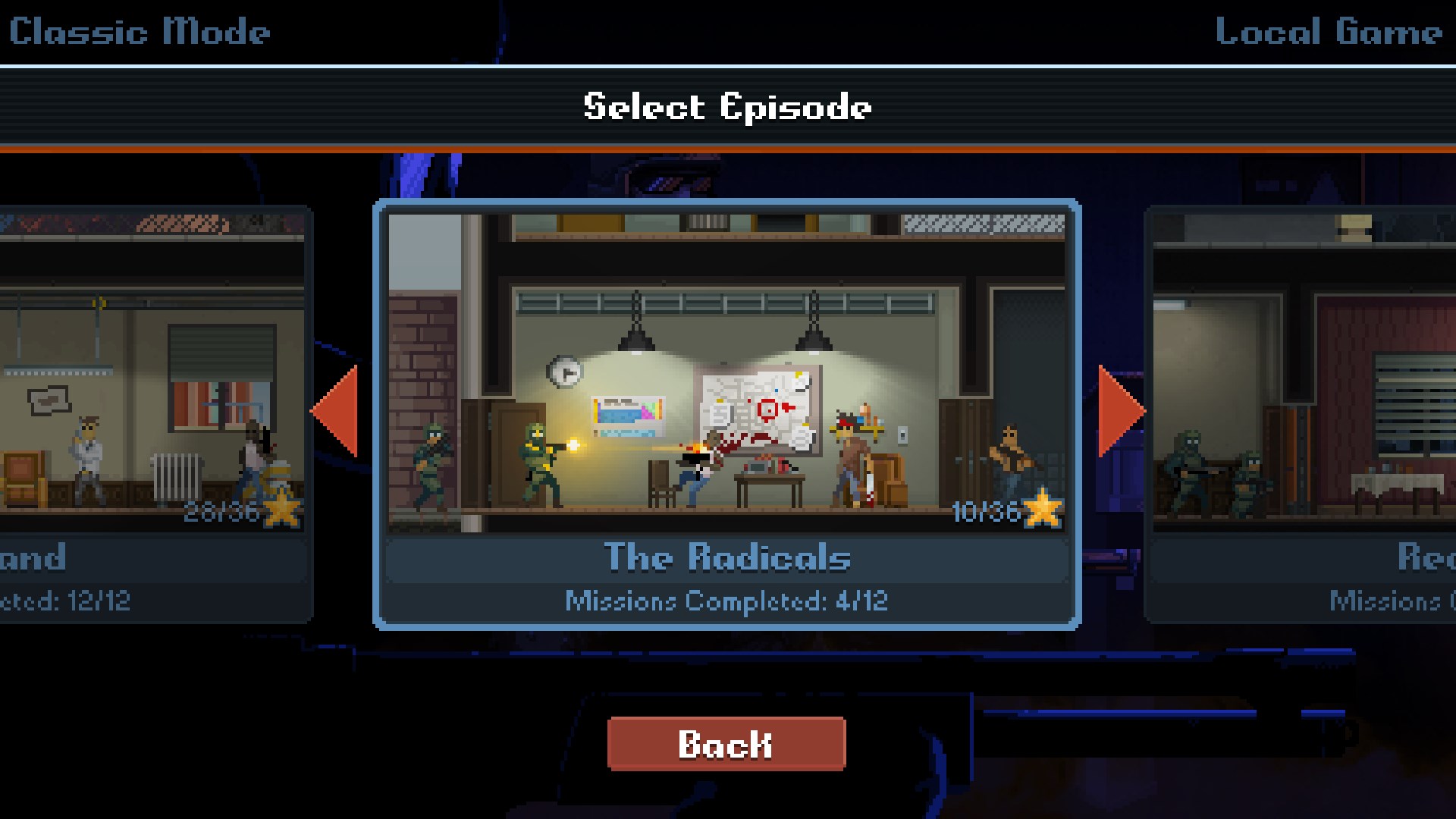 But what about the actual game play? Well, it’s a lot of retro fun too. Essentially a platform game (think the old Commander Keen or original Duke Nukem and the like), you select your squad member, your loadout and off you go. You will be tasked with any number of objectives from saving hostages, to eliminating all bad guys, defusing bombs to making an arrest… enough variety to keep things interesting. The basic concept is quite simple… but the execution is where the real challenge comes in. 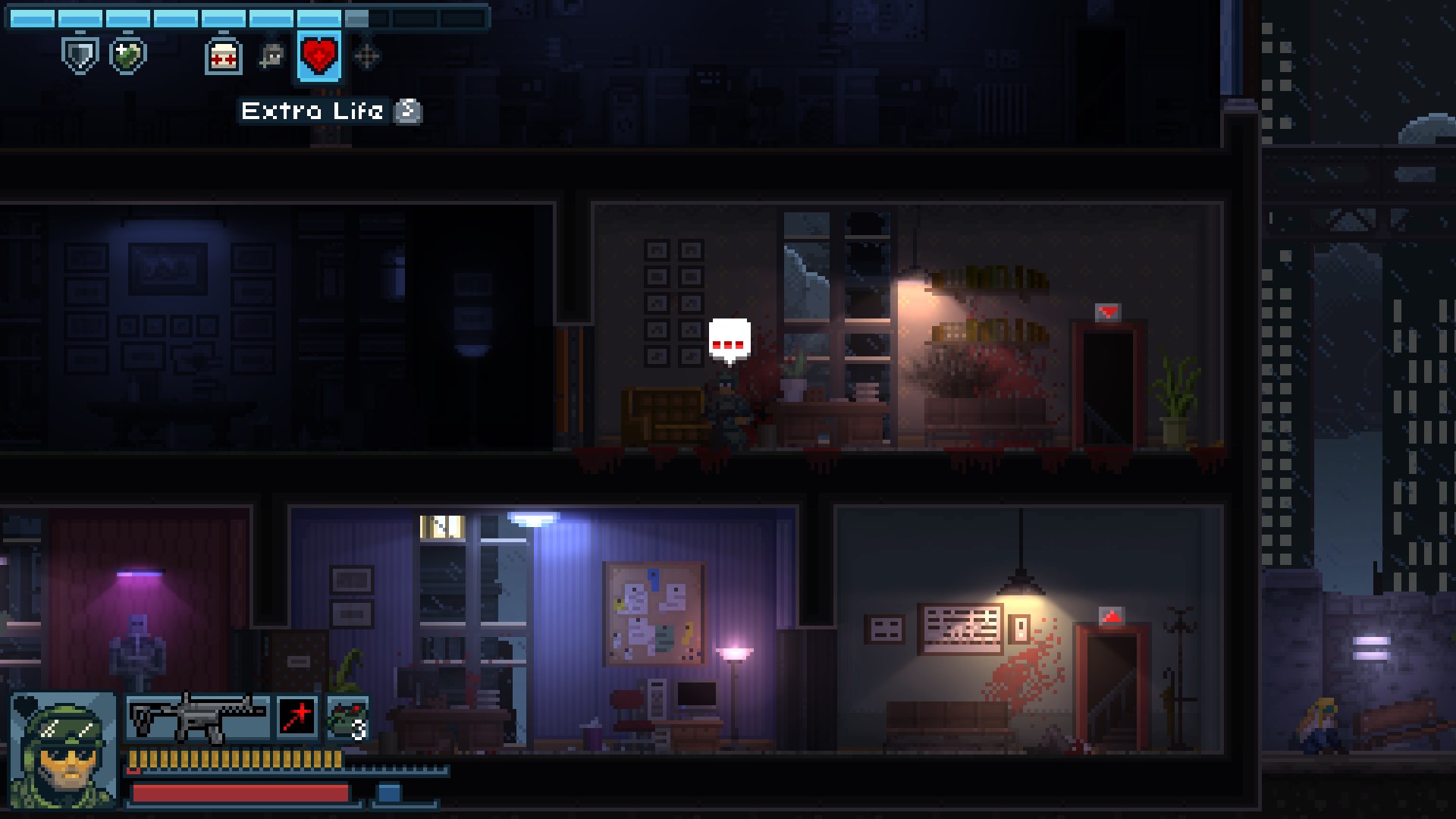 Your squad consists of a few different members, each with their own strengths and weaknesses. The default character is the one I used for much of my play time… partly because I didn’t realise I could change them until I’d already played through quite a lot… but also because I was having so much fun with the initial character that I just didn’t really feel a need to change him. But when I did… I found a lot more variety and a pretty significant change to how I tackled the levels. Along with the character and their abilities… you can choose your load out and special attack (unlocked while playing and refills after use). The choices you make here will have a very distinct impact on your chance of success. 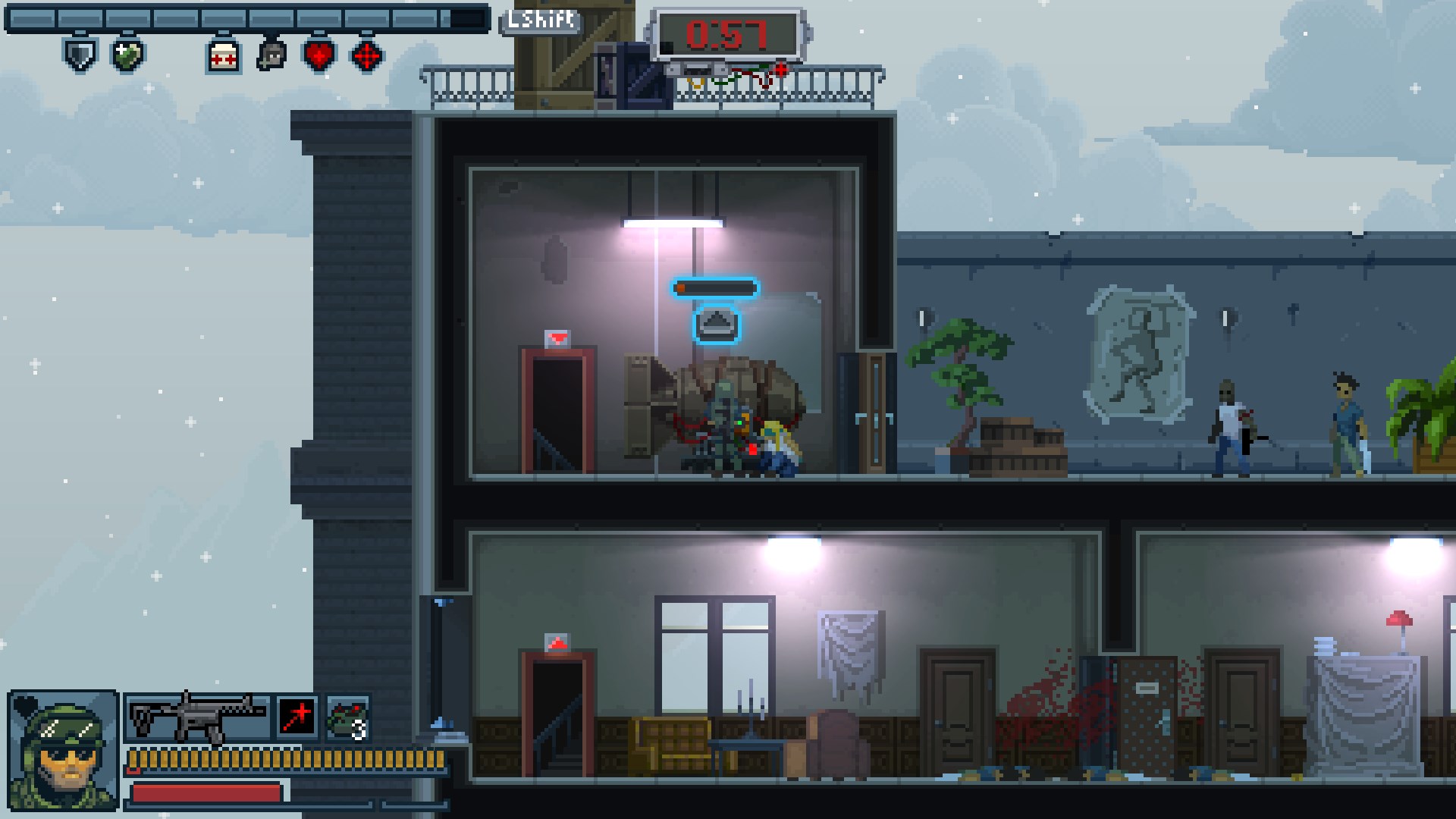 Along with all those retro graphics and gameplay elements is the ability to play two player… on the same computer! Even without the oldschool style graphics… the ability to play side by side on the one computer takes me back to my early days of gaming… there’s a certain charm to being in the same room as your mate as you tackle the bad guys and blast through a door to take out the evil doers. Or the thrill of having a friend time their jump so you can both drop through a glass roof to surprise the enemy and take them out in a flash. Add to that the awesome retro rock music in the background and the sound effects with just the right amount of imperfection to take you back to those heady days of gaming… it’s a lot of fun! 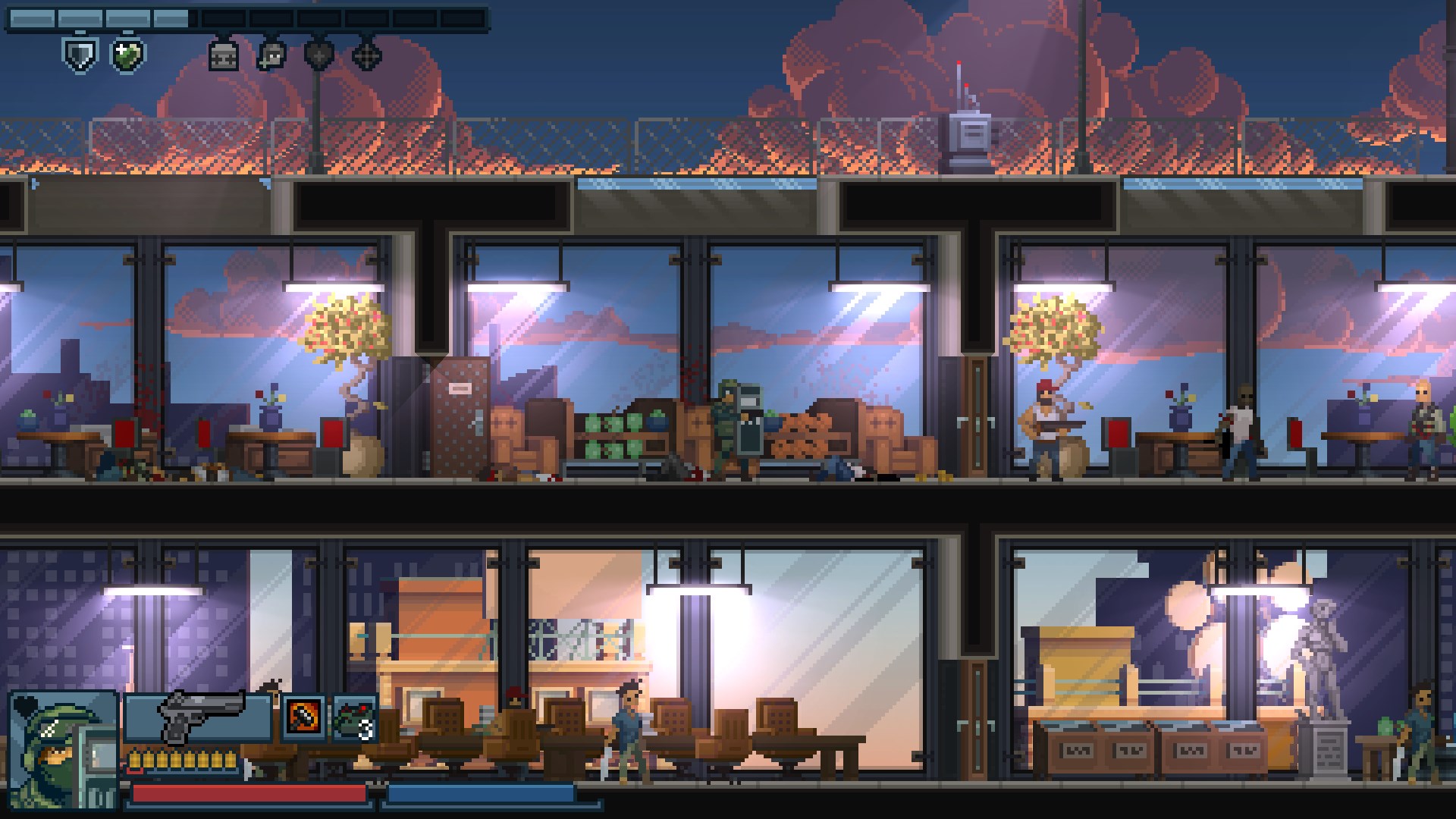 There’s enough variety and charm here to make it an easy title to recommend. It’s pretty violent so maybe keep it away from the younger folks… but for those mature enough (and or immature enough)… it’s a lot of fun and great for a quick pick up and play or a grind to the top session. I’d definitely recommend Door Kickers: Action Squad!