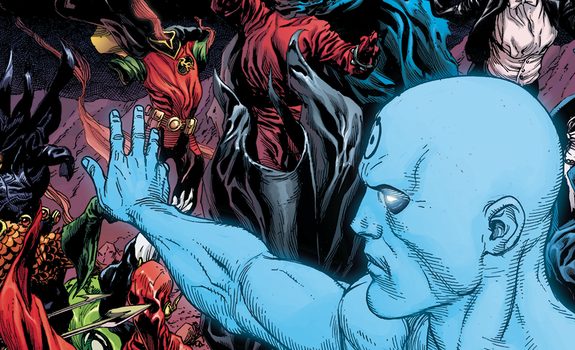 Summary: Doomsday Clock #9 was worth the wait!

Better late than never? Unfortunately Doomsday Clock has been plagued by delays and considering that the first issue was released on 22 November 2017, this 12-part mini-series has been a slow-burn. Was it worth the wait? Hell Yeah! So while I’ll let you make your own judgement as the reasons behind the delay, we return to the story that sees Doctor Manhattan continue his ‘tweaking’ of the DCU by preventing both the Justice Society of America and the Legion of Superheroes from forming, including questioning himself on whether Superman destroys him or if he destroys everything.

This issue is aptly titled Crisis which sees many of the heroes from the DCU banding together to take on Manhattan that includes New Gods, Green Lanterns, the Hawks, Metal Men, the Justice League(s), the Doom Patrol, the Superman/Batman family, the Shazam family and finally the Charlton Comics heroes as they head to Mars for this epic confrontation. We also return to the events of the previous issue which saw Superman side with Firestorm in Moscow as he literally went nuclear (or so we are supposed to believe) with the Man of Steel now in a comma from the explosion as his wife Lois Lane helpless offers comfort to him in the Hall of Justice. Lois also receives an unexpected visitor from Lex Luthor who did send the hard drive to her of the heroes who never existed in order to prove that there is a force undermining all of creation. This adds the biggest link to Rebirth as Lex asks Lois has she ever heard of Wally West?

Back in Gotham, the world’s greatest detective knows that Firestorm wasn’t responsible for this catastrophe in Russia, explaining that it was a power that they have never faced before. Firestorm also learns of his betrayal from his mentor Professor Stein as Manhattan eloquently states that hope decays with that being Project Firestorm. Furthermore, Batman knows that the entire world of heroes have been played and that Doctor Manhattan may be the wrong person that this armada of heroes are heading to, with the catalyst more than likely being Ozymandias (aka Alexander Veidt) who may not have been responsible for the tinkering by Manhattan but he is not the man leading the DCU into perpetual darkness.

On Earth, Batman attempts to warn the heroes on Mars, however his message comes too late as one of the most epic battles in DCU history occurs. While Martian Manhunter attempts to reason with Manhattan, it is Guy Gardner who throws the first punch literally, breaking one of the Watchmen’s neck. However this godling is un-killable as he easily defeats one of the mightiest pantheon of heroes since Crisis on Infinite Earths with ease. The issues ends with Wonder Woman giving a speech to the United Nations about how the world has been under assault from mistruths, fear and extremism as the final page shows Black Adam and his allies making his move.

Wow… after 8 issues, I was not expecting this turn of events and while most of the clues have fallen into place with answers, there’s still a few more left such as the Justice Society of America, the Legion of Superheroes and what is Superman’s final role in the Doomsday Clock. With three more issues to go, I’m eager to see how it all pans out and writer Geoff Johns and artist Gary Frank should be commended on delivering an impressive issue with great writing stellar art. 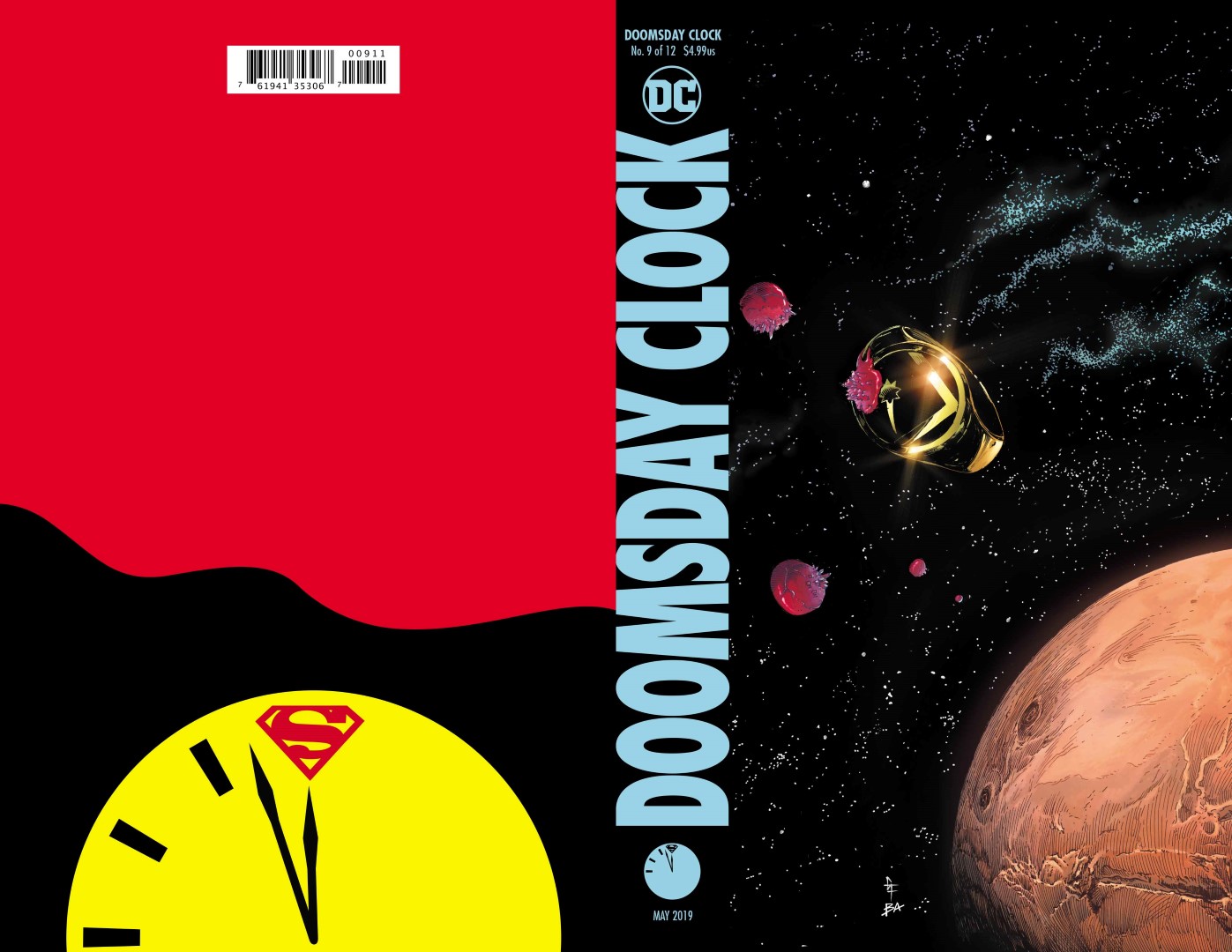 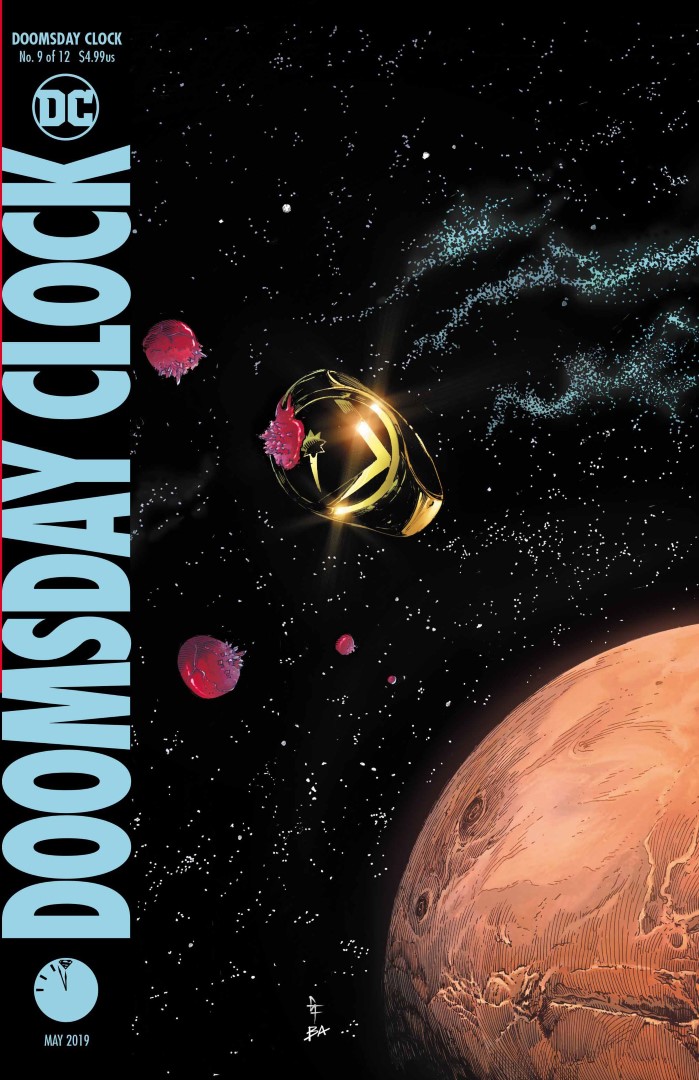