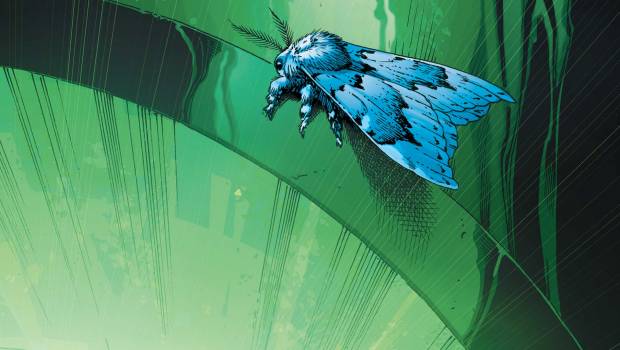 Doomsday Clock #7 Review … answers are given

Summary: The latest issue of Doomsday Clock provides answers but also opens up more mysteries for the reader

After the slight diversion of the last issue, writer Geoff Johns and artist Gary Frank finally gives the reader some straightforward answers about both the Watchmen universe and more importantly why Doctor Manhattan is in the DCU. The issue starts with Doctor Manhattan narrating the story on how a young engineer named Alan Scott miraculously survived a train crash by clutching a magical green lantern on July 16th 1940 and later that year, November 22nd to be precise, he is sitting at a meeting with other mystery men who make up the Justice Society of America. However Manhattan is tampering with the universe and rather than let fate save Alan Scott, he moves this lantern six inches out of his reach where he dies and leaves no family behind… this is also the reason why the Justice Society is absent from this universe.

Elsewhere a very frail Johnny Thunder, now in possession of the magical green lantern of Alan Scott informs Rorschach and Saturn Girl that he was only trying to protect them and even though he says the magic words of Cei-U, the Genie Thunderbolt does not come. Someone does come however, Ozymandias (Adrian Veidt) and he believes that the green lantern is part of the puzzle in how he can contact the elusive Doctor Manhattan. Saturn Girl also informs Johnny Thunder that he will find his Thunderbolt again and it is history. At a different location the Joker is antagonizing a captured Comedian with Mime and Marionette, before the torture begins. They believe that the Comedian has the answers to where Doctor Manhattan has been hiding. Although the Batman comes to the Comedian’s aid so does Ozymandias and Rorschach to the fray, including Bubastatis, the genetically engineered cat who has a link to Manhattan due to her ability to see temporal fingerprints. So with the green lantern and Bubastatis, Veidt finally calls his old friend, Doctor Manhattan.

So while he his one-time friend Ozymandias asks Manhattan to return to their world, he refuses and explains that he is the middle of something which is the experimentation on the DC universe that seemingly began in 1985. Manhattan also exposes the ruse that Ozymandias has cancer which was just a plot to get Rorschach to help find their missing teammate. This acts as a catalyst for Ozymandias to tell the truth about the first Rorschach that he broke down Reggie’s father into a shell of a man which is confirmed by Manhattan. So with Reggie’s life as Rorschach now in turmoils, he faces the Joker who antagonizes him as he beats Batman’s nemesis to a pulp and although not confirmed in this issue, there is a potential that he may become one of the other Jokers who have been running around the DCU.

Lastly Manhattan explains that he came to the DC universe to stand among these heroes and he a saw a vision of their most hopeful, Superman…however his vision now sees nothing. So with hope lost for Doctor Manhattan he leaves as Ozymandias pleads him to stay. Back in the DCU, Saturn Girl believes that Ozymandias is up to something that is not suppose to happen as he knocks her out and then Johnny Thunder. Defiantly, Ozymandias believes that with the knowledge he has, he can save both his universe and this universe. For Doctor Manhattan, a quandary now exists that in a month from now he fights Superman and after that he sees nothing which he hypothesizes that either the Man of Steel destroys him or Manhattan destroys everything. So while the DC starts collapsing with the Superman Theory, the issue ends with Adrian Veidt’s files on the genetic creation of Bubastatis, his cat.

We finally have some concrete answers as to how the DC has been tampered with and how hope has been lost. With Doctor Manhattan’s involvement, he has prevented the banding together of the Justice Society of America that has had repercussions on the timeline and one that has been felt by Saturn Girl. Furthermore, Johnny Thunder knows that his friends existed and with four more issues still left, I’m guessing this is the calm before the storm, especially with Ozymandias now knowing something that he shouldn’t. All in all, a strong issues by Geoff Johns with some exceptional art by Gary Frank who captures both the characters of this universe well. 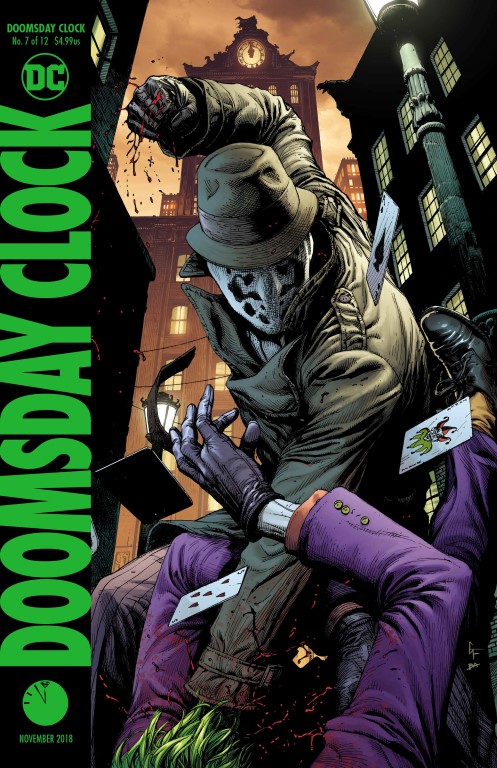 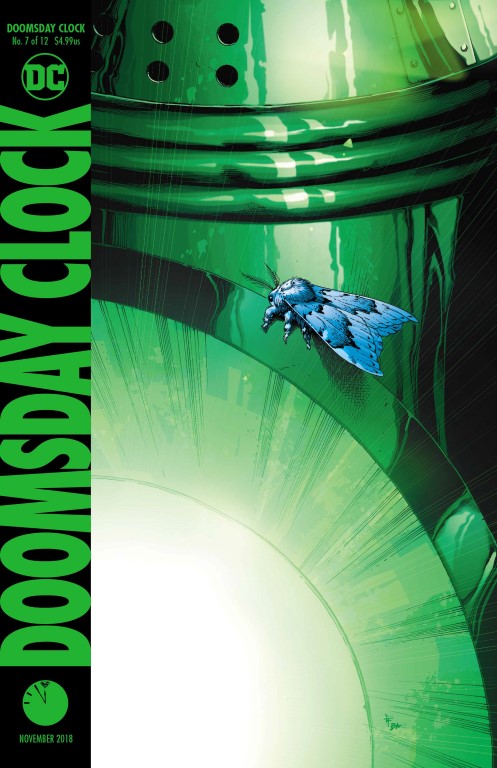