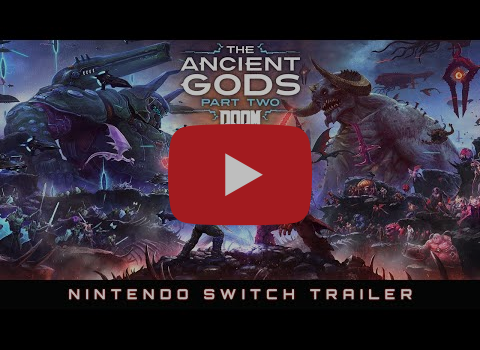 The Ancient Gods – Part Two, DOOM Eternal’s final single-player expansion, is available now for Nintendo Switch. Take up your Sentinel Hammer and lay siege to the Dark Lord’s bastion of Immora in a final battle to seal away the demon scourge once and for all. Whether you play on the go or in TV mode, the Slayer’s epic war against evil comes to a conclusion today.

DOOM Eternal: The Ancient Gods – Part Two is available as a standalone purchase or as part of the DOOM Eternal Deluxe Edition. Both are available now on the Nintendo eShop and at select digital retailers.