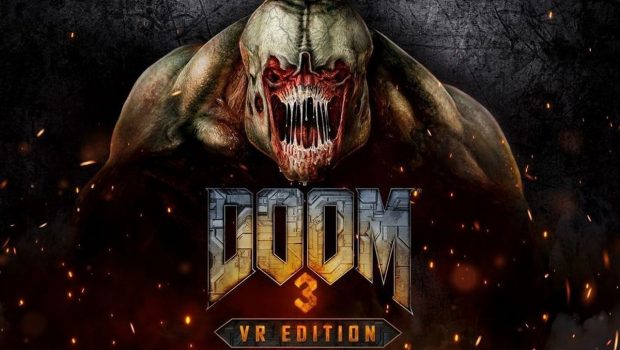 Summary: Doom 3 VR suffers somewhat from being a product of its time, and not everything works after this transition to VR.

Rip and Tear Close Up and Personal!

I missed Doom 3 the first time around, and although I seem to remember it receiving a tepid reaction from critics and audience when it released, apparently my memories are incorrect and the game was generally viewed as a relatively solid evolution of the series.

Of course, the base game itself is now 17 years old, and as such is a completely different experience to that of the reboot or even the pared down Doom VFR release; it’s a game that’s very of its time and a lot of the quirky design choices and gameplay limitations from that era of gaming have understandably found their way here. 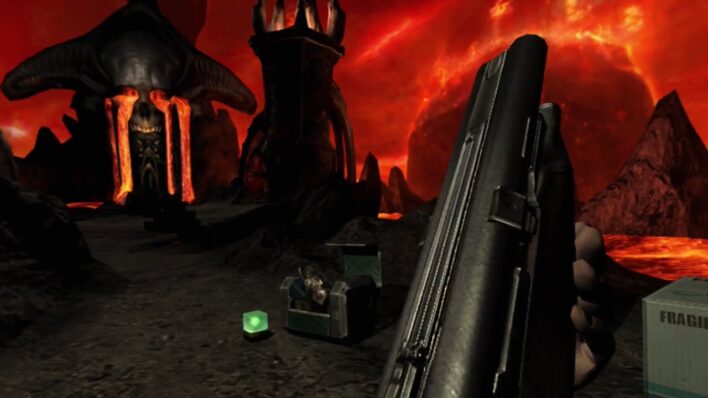 It must be said that I actually found Doom 3 a touch more aesthetically suited to VR than the latter entries in the series, primarily because the game takes an approach more akin to survival horror rather than the balls-out action the series is associated with these day. Developer Archiact have ported across the entire game and both of its expansions rather admirably but the anachronistic gameplay doesn’t hold up as well as I’d like when compared to modern titles.

One major point to make is that, even if you’re playing this on the PlayStation 5, you’ll have to use your trusty old Dualshock 4 instead of the Dualsense as the latter lacks the lightbar used for tracking; this isn’t an issue if you’ve still got your old console laying around, but if you’ve hocked it off to cover your new console purchase and haven’t held onto a controller, then you’ll be unable to play this. If you have a AIM controller, then the above caveat won’t be an issue for you.

Using the AIM is probably the most satisfying of the control methods for me, even if movement can feel a little weird due to the button placement. Using the controller is solid enough but nothing immerses you into a VR shooter more than wielding the AIM, even if the weapon placement in game can sometimes feel a little too high and aiming down the sights doesn’t really work; thankfully, using laser targeting alleviates this issue somewhat. 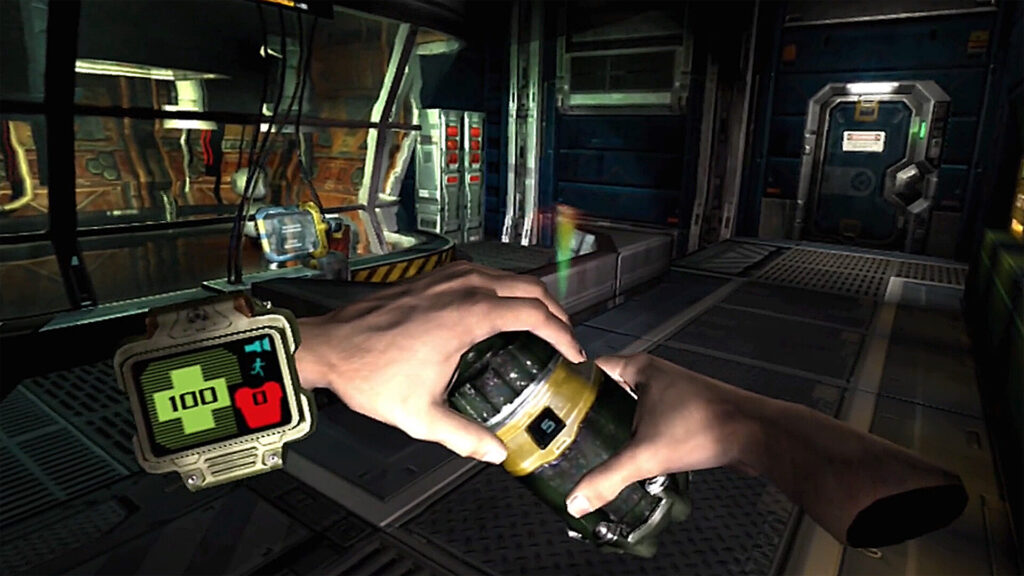 The VR interactivity works to a degree but there’s a distinct lack of anything aside from shooting demons. “Well, duh, it’s a Doom game”, I hear you saying but what I mean is that this is a game that was clearly designed to be a flatscreen experience that has been awkwardly shoehorned into the virtual reality realm. Changing weapons on the fly, for example, can be a real chore in VR.

After being spoiled by games like Farpoint and Fireteam: Zero Hour, the gameplay loop feels a bit lacking here, especially the lack of having to use cover; again, comparing Doom 3 VR to more modern titles is a bit unfair but the point remains that this is an older title with older mechanics and not all of these translate to the new medium all that well. 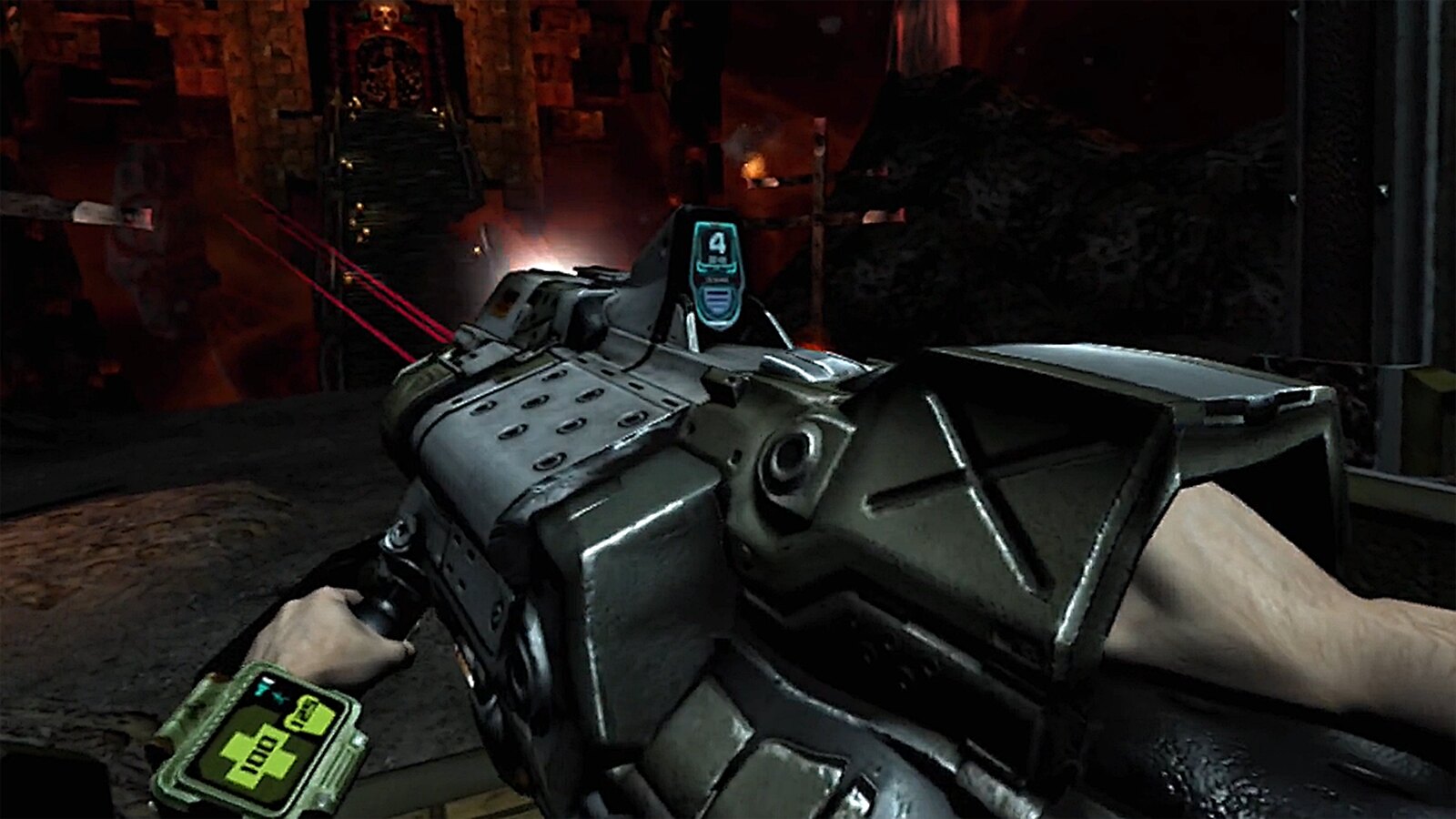 The sound design here is actually pretty terrific, with the creepy audio cues really working well in tandem with the dark, gloomy corridors you’re traversing. There’s nothing on the scale of the skull-crushingly brutal metal soundtrack from the reboot and its sequel but the more subdued effort here fits well with the ambience and slower pace.

Visually the game holds up rather well considering its age and the limitations of the headset, lending an immersive sense of depth, but the scaling of things really feels off, from your environment to NPCs, everything fells smaller than it really should. 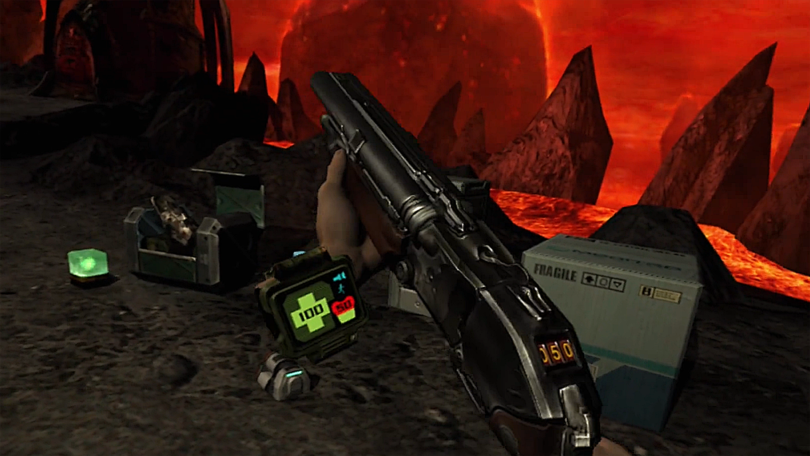 Doom 3 VR suffers somewhat from being a product of its time, and not everything works after this transition to VR. The game experience itself is fairly solid, offering up around 13 hours or so of content, but the movement and gunplay can feel a bit janky at times regardless of which control method you’re using.

In fact, even though I like to think that I have more than gained my VR legs after years of playing different titles, Doom 3 VR actually made me feel queasy after extended sessions of play, even with the comfort settings enabled. I’m not sure if this is a result of the game’s age and not being initially developed for VR, but I thought it warranted a mention.

I’m not sure how many new converts this will attract but it’s a fun enough experience for Doomheads, even if it falls short of Doom VFR or the flatscreen experiences; exploring the spooky environment is actually worth your time if you enjoy survival horror but, again, the anachronistic gameplay doesn’t quite work here and the game is definitely showing its age in both design and graphics. 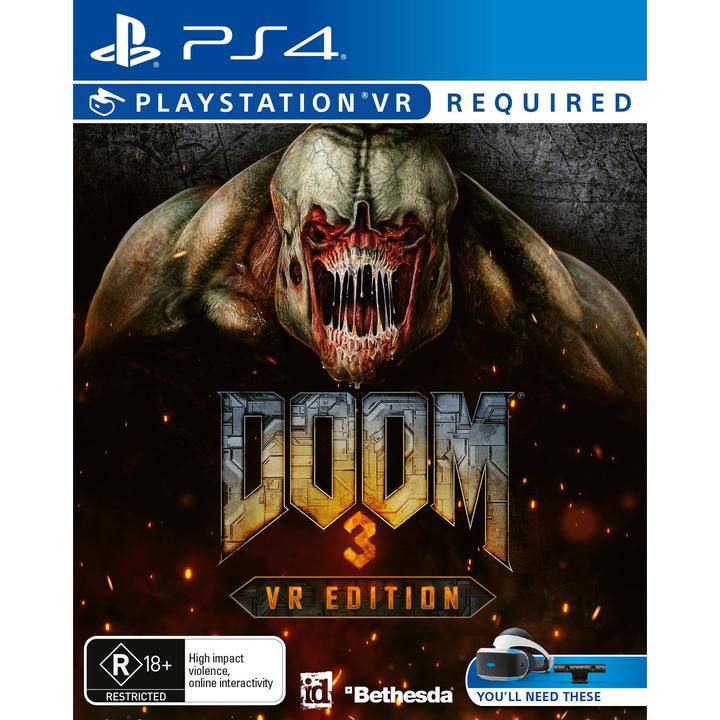