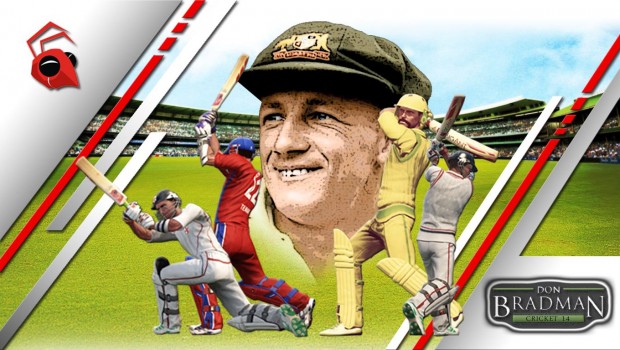 “Don Bradman Cricket 14 will deliver the most realistic gameplay and promises to be the greatest cricket game of all time,” said Managing Director, Sebastian Giompaolo. “The comprehensive 20 year career mode and plethora of features including access to community generated players and teams through the Cricket Academy that will provide endless hours of enjoyment of cricket both off and on the field”. The game is fully endorsed by the Bradman Foundation Bowral NSW.

– Career Mode, allowing you to take control of an aspiring young cricketer and take him through the ranks to International glory.
– Unique Batting and Bowling Controls, giving full 360 Shot control and Line and Length delivery without pitch markers.
– A fully featured fielding system that allows you to run down the ball and slide to prevent a four, catch a high ball on the boundary rope, or knock down the stumps to take a vital run out. You are always involved in the play at every stage of the game!
– Ball hysics giving realistic edges, bat pad catches and movement off the pitch.
– A complete player physics system with individual physical attributes– imagine running in a 2 metre bowler to deliver that perfect bouncer!
– Appeal and Electronic Review system allowing for the first time challenges of the umpires decision.
– Practice Nets: Hone your skills to perfection before taking to the field.
– Dynamic time of day, Weather System and Pitch Degradation that are based on real world data with effects occurring in real-time throughout a days play.
– The Cricket Academy, allowing for unparalleled customisation of your Cricket experience, creating Teams, players, Tours, Competitions, Match Types and even Umpires.
– More than 25,000 Community created Players and teams ready to download and use in game.
– An online Save system that lets you continue your match whenever you want with online opponents.