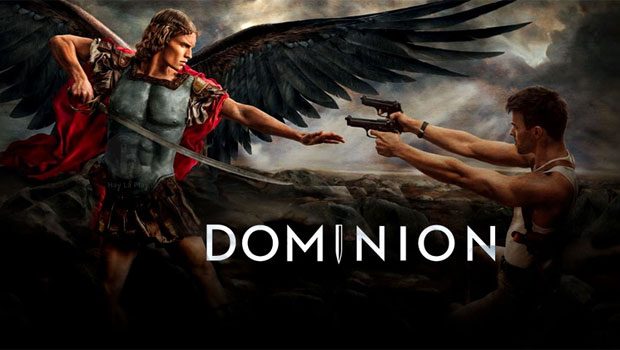 Dominion is a fantasy sci-fi post-apocalyptic TV series about warring angels and mankind who are stuck in the middle of this religious war. If the premise sounds a little familiar, that’s because it is based on the film Legion which takes this premise and delivers an episodic drama with some larger than life action thrown into the mix. So as Angels either attempt to destroy or convert the humans, Dominion makes for some interesting TV with some good world building and character development to be found. 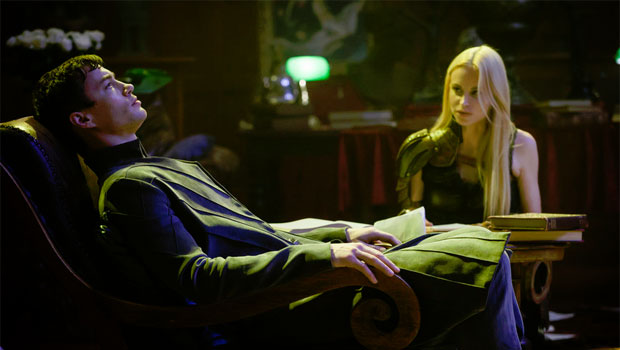 If you have never seen the film before, the first episode helps explain the premise behind Dominion and when God ‘vanished’ from the realm of existence, a holy war against mankind is exercised courtesy of the dispute between Archangel Michael (Tom Wisdom) who wants to protect the humans, whereas Archangel Gabriel (Carl Beukes) has other plans. However there is one human who has been prophesied to free mankind and that is Alex Lannon (Christopher Egan) who has not yet accepted his fate in this strange universe. 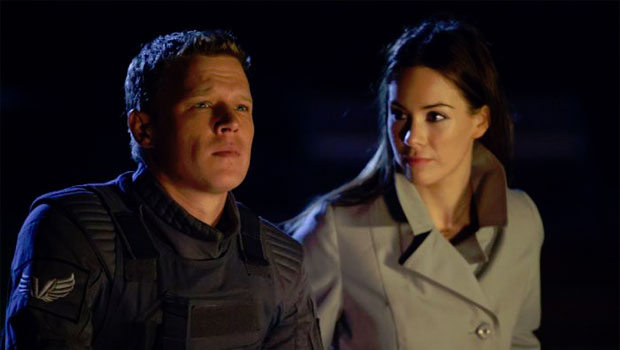 The series is based in the stronghold of Vega which was once the city of Las Vegas and within these walls are dueling houses who want control and add this almost Game of Thrones intrigue to the premise. One of the main tribes is that of House Riesen that is led by the charismatic General Edward Riesen (Alan Dale) whose daughter Claire (Roxanne McKee) is romantically linked to Alex. It doesn’t help that Claire has been betrothed to someone else and this man William has his own dark secrets. At times these houses remind me of the intrigue of Frank Herbert’s Dune due to the political intrigue and power shuffles behind the scenes. 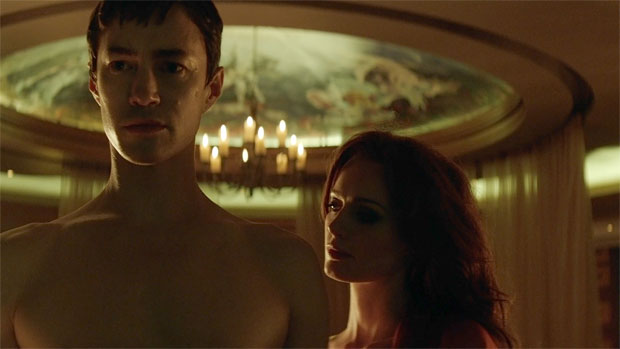 So the world of Dominion is an interesting premise that uses religious icons to help force the story in an epic direction, however for the most part, it’s about the humans and at the end of the day, both man and angels share similar parallels, hence the flaws in mankind. Although the series starts on a high, it does slow down in the middle and then picks up for the last few episodes which ends on a high with plenty of questions unanswered. Like most series, Dominion finishes on an interesting cliffhanger between the human Alex and Archangel Gabriel. Given that, the star of Dominion is definitely Carl Beukes who plays the methodological Gabriel with this aura of power and evil. 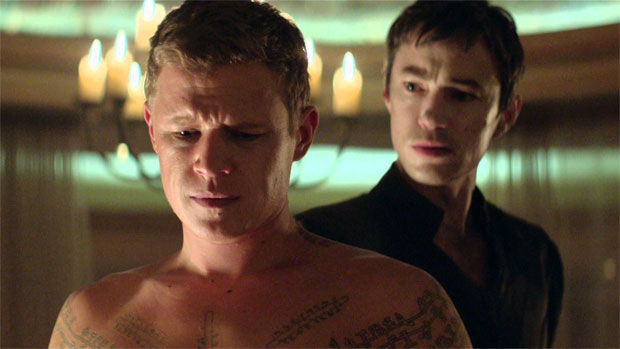 One issue with Dominion are the special effects themselves that look a little jarred when compared to the live-action. Sure it may not have the budget of Game of Thrones or Battlestar Galactica but it does look a little dated. Nonetheless, some of the flying effects are cool, especially with the wings of the angels. Cinematography of Dominion is quite decent and they successfully create this post-apocalyptic world that has been tarnished by the angels of heaven almost a quarter of a century ago. There’s also plenty of turmoil and adventure to be had in the walls of Vega as well but I wanted to know more about the angels themselves.

On Blu-ray, Dominion boasts sharp images, deep blacks and vibrant colours when used. I noticed no artifacting and overall, it’s a great release on Blu-ray for video quality. Audio supports 5.1 that has good sound levels with no issues either. For special features, although a little light, we get an alternate extended version of episode 8, deleted scenes and a handful of gag reels from season 1. They are interesting but don’t add anything to the mythology of this series. 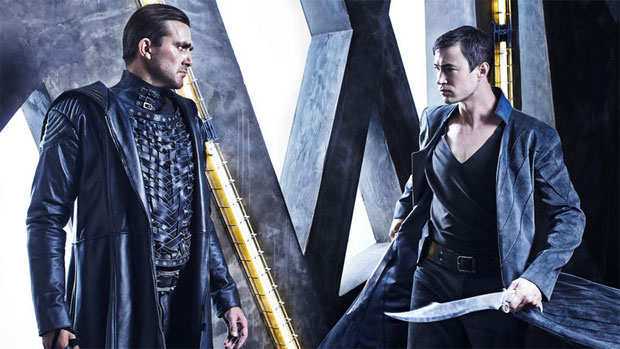 Dominion Season One is an interesting premise behind a war waged upon man by angels with some decent world building and character development. Characters are engaging, although some are a tad cliched and the stories do create this epic nature behind the story. At times, some episodes are a little slow but thankfully the series picks itself up again near the end of the season. So if you’re looking for a above average sci-fi post-apocalyptic series in this sci-fi drought, check out Dominion. 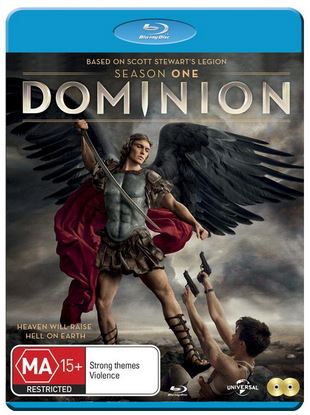