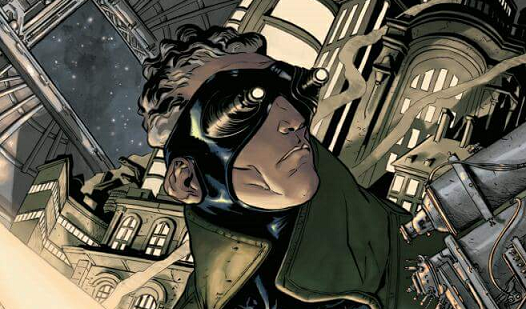 Jeff Lemire and Max Fiumara join forces to bring us another epic tale set in the Black Hammer universe. The dual-narrative story follows an aged superhero who is trying to repair his broken relationship with his chronically ill son, all whilst reflecting on his past, his exciting inter-dimensional adventures and the heartbreaking mistakes that he has made. 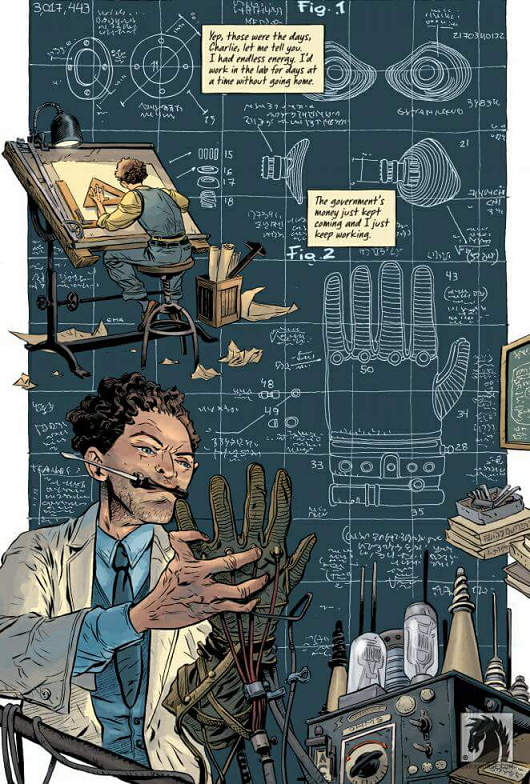 The story begins at an abandoned observatory, where we see an old man walking around reflecting on his life and the regretful choices he has made. He recounts in a letter his work obsession, achievements and ultimately his regrets and failures, painting an intimate picture of a broken and fragmented man tormented by regret and loss. He is revisiting this place that once held a place of high importance in his life, looking at the objects and mementos that are now old and covered in dust. This then triggers a flashback to 1941, when he was a young and ambitious man, driven by an urge to better his life for his wife and young child. Over the course of the story, we learn about his discovery of the inter-dimensional Para-Zone, how he harnessed its energy, enabling him to become a member of the Liberty Squadron and his time fighting Nazi’s during World War II. He’s lived an exciting life, filled with high-adventure and swashbuckling action, however, his biggest achievements have also been his greatest regrets. 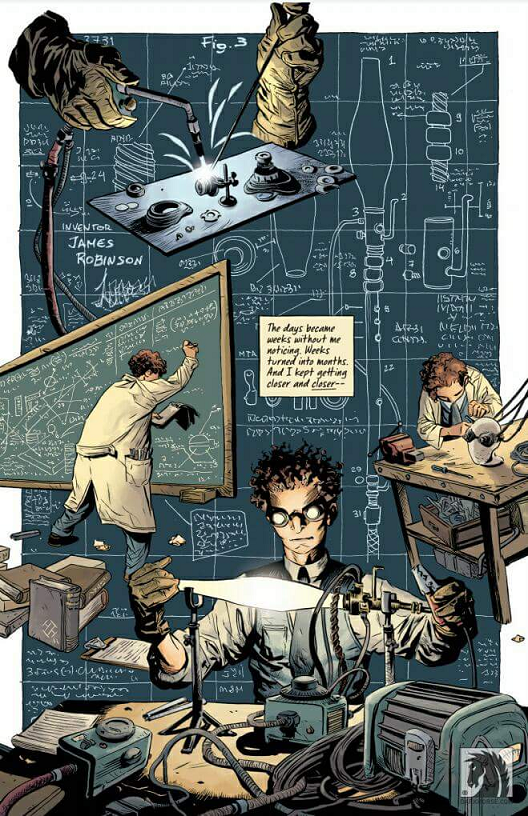 This is a revealing first chapter, delving straight into the heart, motivations and ultimate regrets of the main protagonist. The foundations for the story have been laid, exposing an interesting tale that is both thrilling and heartbreaking as it unfolds over two timelines. We see events occurring in the present, where the main protagonist – Dr. Robinson – is an aged man, reflecting on the memories of his life as Doctor Star as he walks around his old observatory and visits his ill son. This is juxtaposed alongside his origin story, where we see how he got his powers and become a member of the Liberty Squadron, fighting alongside some legendary characters from Black Hammer, such as Abraham Slam and Golden Gail. I rather enjoyed the nonlinear storytelling that jumped back and forth from the past to the present, bringing a feeling of depth and clarity to the pacing of the narrative. Jeff Lemire paints an interesting picture of Dr. Robinson, exposing his ambitions and flaws, which ultimately makes this character quite relatable and easy to connect with. I’m really looking forward to seeing more of this character’s vulnerabilities exposed, as I find it quite revealing and compelling. 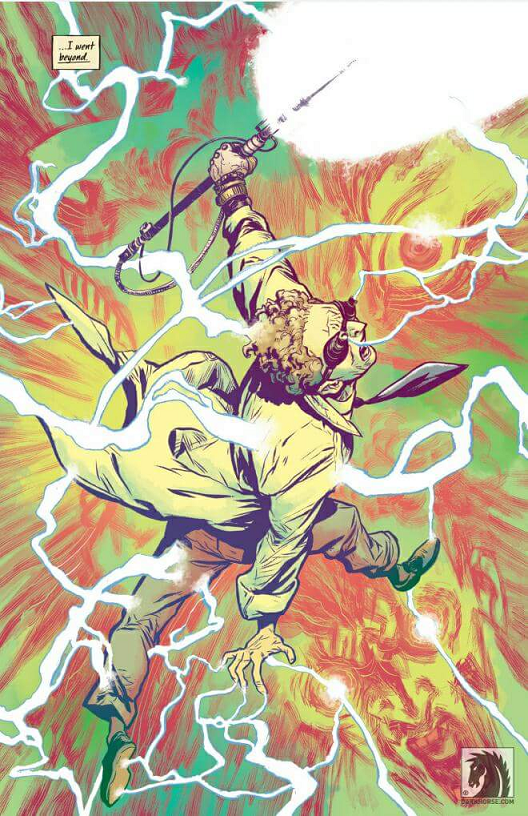 Max Fiumara’s art has a wonderful sense of energy, that works really well when trying to capture the excitement and action of Doctor Star’s adventures. Seeing him flying through the air, buzzing with an almost electric energy was fun to see, and I’m looking forward to seeing more action sequences, hopefully some set in the Para-Zone. I also find that Fiumara linework is lovely and detailed, perfectly capturing the facial nuances of these characters effortlessly. You really get a sense of the grief and sorrow that Dr. Robinson is experiencing when he sees his son, and it quite a sad and tragic scene. The colouring by Dave Stewart reflects the tonal shifts in the story. We see a darker palette in the observatory and hospice, heightening the melancholy mood of the story, whilst the flashback scenes are more colourful and vibrant. I particularly liked the rainbow colours that we see when Doctor Star uses his powers from the Para-Zone.

Overall, I found this to be a heartfelt and compelling opening chapter. I believe that this has the potential to be a great series, with both sad and exciting scenes to come. The art is lovely, and works well with translating this tale into a compelling and engaging visual narrative. 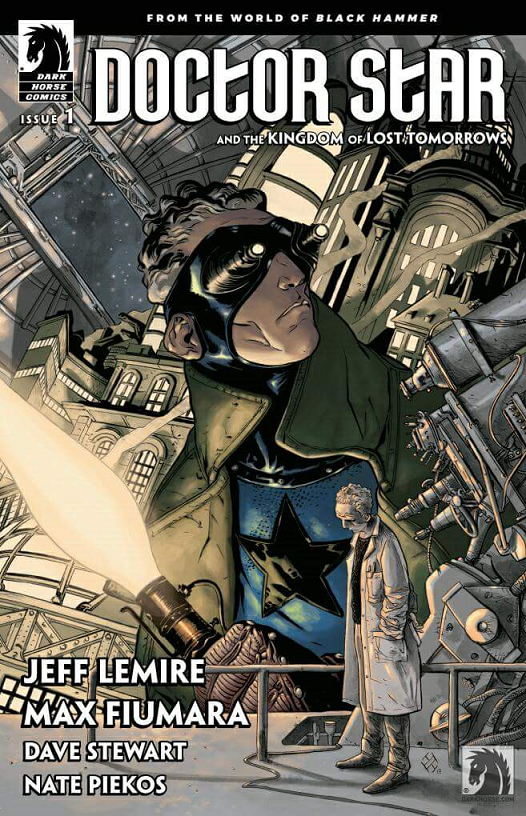