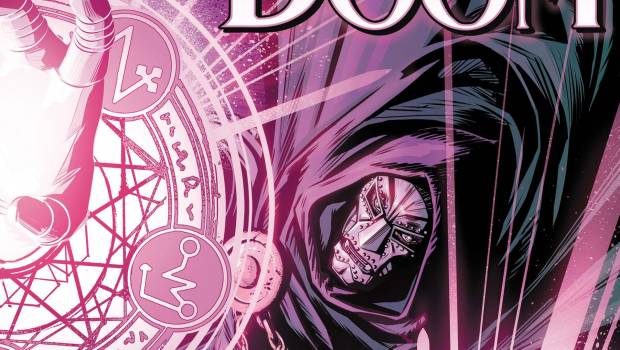 Summary: Viktor Von Doom goes undercover after escaping captivity to find the truth about the future and save the world.

Victor Von Doom is in hiding in New York as he was deposed as leader of his country and arrested. He flees custody, seeing mysterious visions of two different futures but he has to choose which one as M.O.D.O.K is not going to tell him which one it will be.

While it may be a bit confusing to follow the story of this one as it has already started, I did like that we don’t get to see Doom in his suit for most of it as he is under cover. There are hints around the edges that something big is going on but that is all.

Apart from the Fantastic Four movies and reboots and the Roger Corman movie that was made and never meant to be released, there has not been much of a presence of Doctor Doom in the Marvel movies. He was originally meant to be part of the team that took on Thanos but there were enough characters in Endgame already.

Mr Fantastic is in this story but seems more to be the leader of the taskforce and I didn’t see any mention of the other members of the group.

Some great artwork in this one and a suitably gritty story, should be a good one to follow.

I would recommend this one if you are already familiar with the Doctor Doom character and want to see more about him.