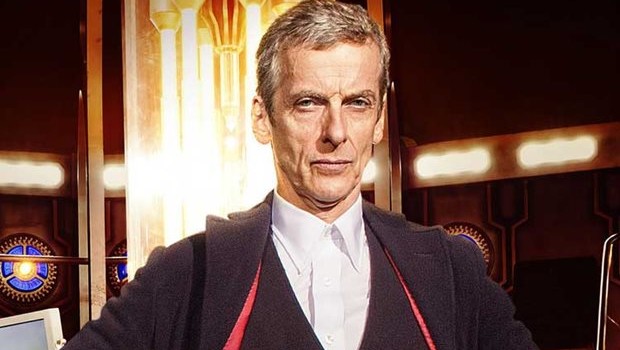 DOCTOR WHO: THE COMPLETE EIGHTH SERIES Available on DVD and Blu Ray from 19th November 2014

Doctor Who Series Eight finds Peter Capaldi at the controls of the TARDIS as the Twelfth Doctor takes the famous blue box on a brand new set of amazing adventures through space and time.

In this thrilling new series, the Doctor and Clara (Jenna Coleman) encounter previously unimaginable wonders and horrors…
The time travellers meet a fleet of Daleks as they attempt to rescue a stranded ship of human survivors, face ranks of Cybermen stalking Earth, go back in time and join Robin Hood in a fight with killer robots in Sherwood Forest, become outlaws when they break into the deadliest bank in the cosmos, face a Mummy on the Orient Express, discover a deadly horror dwelling on the Moon and meet the last man standing at the end of the universe.

The box set contains every explosive episode from Peter Capaldi’s debut series in the role and is also packed full of extras including:

Doctor Who: The Complete Eighth Series is available to pre-order now. Fans can also get their hands on a limited edition featuring special TARDIS
packaging, complete with soundchip.