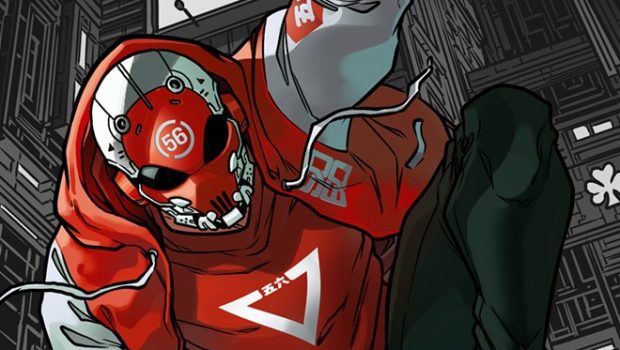 DIVE INTO A MEGALITHIC SUPERCITY IN “BONEHEAD” THIS DECEMBER!

In a near future, a sprawling megalopolis sees the rise of “Boneheads,” parkour gangs who use neuro-linked helmets to augment their abilities and live for the thrill of physical risk. As a gang war threatens to tear the city apart, a mysterious Bonehead rises—a man with no past who might be the key to saving the city’s future.

“Glitch, the team that produces BONEHEAD, has a vision of a possible future and humanity’s simultaneous evolution with technology,” said Hill. “It’s a compelling concept that deals with many things we’re experiencing as a society, and I’m enjoying working with Rhoald on these concepts of futurism, humanity, and identity.”

“I grew up loving urban and underground culture, so it’s been my long-time dream working on gang war themed comics,” said Marcellius. “And given the cyberpunk setting, BONEHEAD is my perfect avenue. I’m also BIG on action, and this book is what it’s all about—acrobatics and street fights. The characters are designed by the talented Machine56, and I gotta tell you that the designs are sick! It’s really a bunch of my favorite stuff in a blender, and I’m having a blast. I hope you guys will too!” 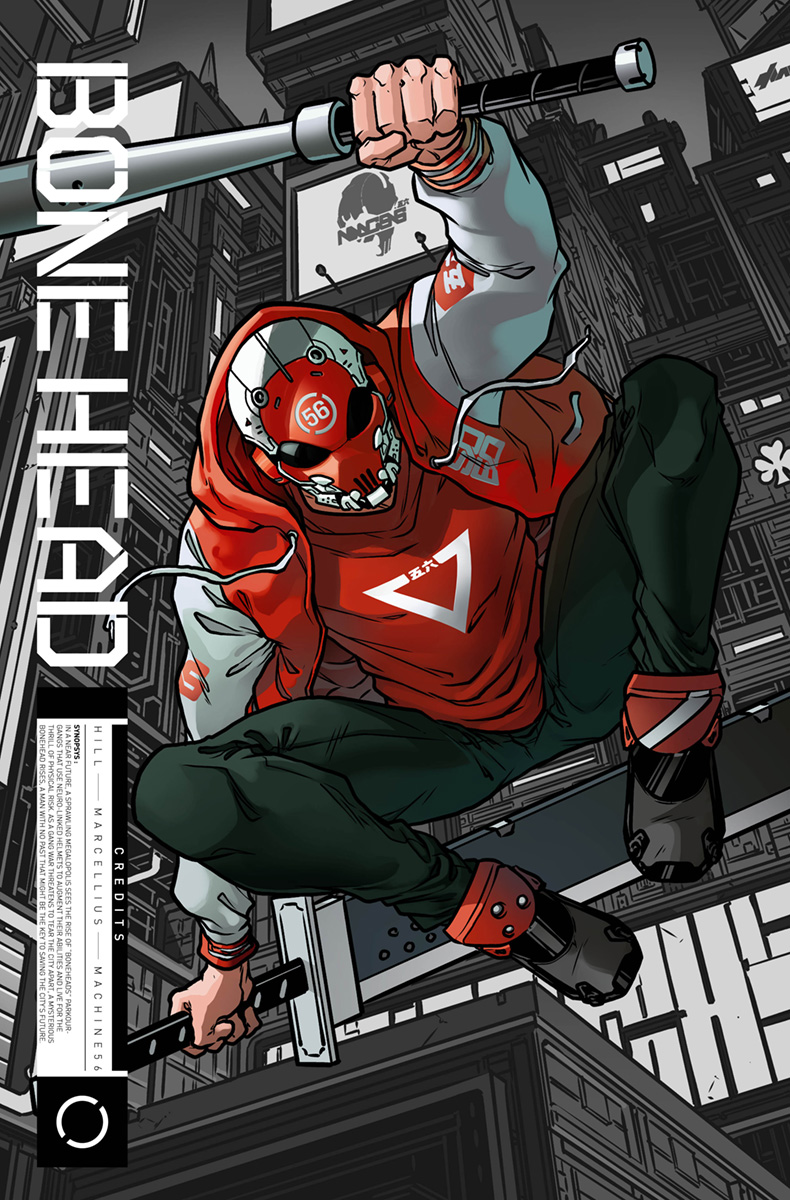