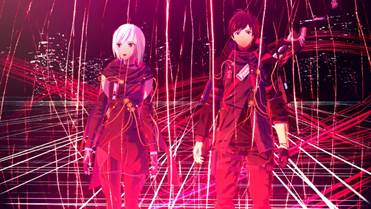 Some hostile creatures called “Others” descend from the skies in a world where brain functionalities connect people. Threatened of being devoured, the rest of humanity gathered into stronghold cities such as New Himuka, defended by a special group of combatants named the Others Suppression Force (OSF).

Follow the paths of OSF members Yuito Sumeragi and Kasane Randall as two playable characters with their own set of fighting skills. The story of the game can be followed from Yuito but also Kasane’s point of view, giving two different experiences.

Both characters will benefit from the support of party members from the OSF as humanity’s last line of defense. All OSF recruits have specific special powers that Kasane and Yuito can borrow, offering more gameplay possibilities and connecting all of them as one.

Written by Takumi Miyajima, known for his work on the TALES OF series, the game will release this Winter 2021 (ANZ time) on Xbox Series X|S, Xbox One, PlayStation®5, PlayStation®4, and PC Digital.