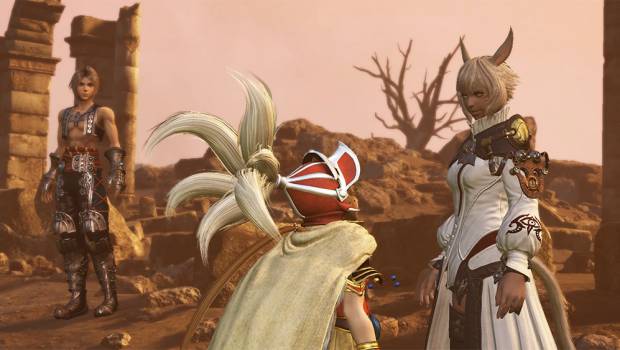 The DISSIDIA FINAL FANTASY NT Jump Festa trailer can be viewed at https://youtu.be/8T3QPL4XnBk

Fans eager to begin practicing DISSIDIA FINAL FANTASY NT can experience the action early by taking part in the Open Beta which will be available to all PlayStation®4 users* from 12th – 21st January 2018. The Open Beta is the perfect opportunity for players to test their skills and experiment with different characters and techniques ahead of the game’s launch on 30th January. More details and timings for the Open Beta will follow at a later date.

Additionally, new artwork of DISSIDIA FINAL FANTASY NT was unveiled, showcasing the powerful heroes and infamous villains of the FINAL FANTASY series that fans can look forward to playing as early next year.

Finally, an informative flowchart has been released, guiding players to finding which powerful summon will best compliment their team within the game. Summons are epic beasts and allies that can either boost your team’s abilities to victory or rain destruction down upon your enemies, and each one could play an integral role in a winning team’s strategy to victory.

DISSIDIA FINAL FANTASY NT will be available for the PlayStation® 4 system on 30th January 2018. For more information, visit: https://www.dissidiafinalfantasynt.com/