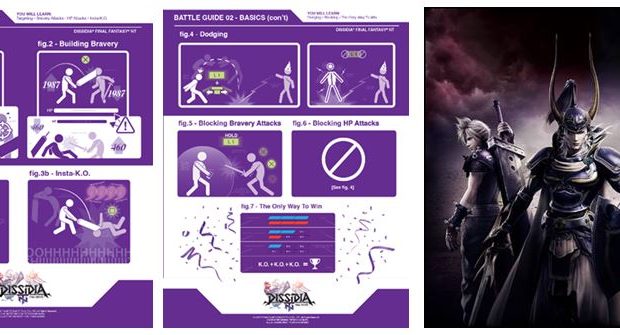 The new Battle Guides detail the deep tactical options that will be available in this unique 3-v-3 team-based brawler, which features a cast of over 20 iconic playable heroes and villains from throughout the FINAL FANTASY series. The images provide a uniquely tongue-in-cheek guide to the Bravery System, the potential combinations of the distinct character classes, and much more, giving fans the expertise to master DISSIDIA FINAL FANTASY NT when it launches early next year.

DISSIDIA FINAL FANTASY NT will be available for the PlayStation® 4 on 30th January 2018.